‘The Legend of Tarzan’: Jane has more life than the ape man 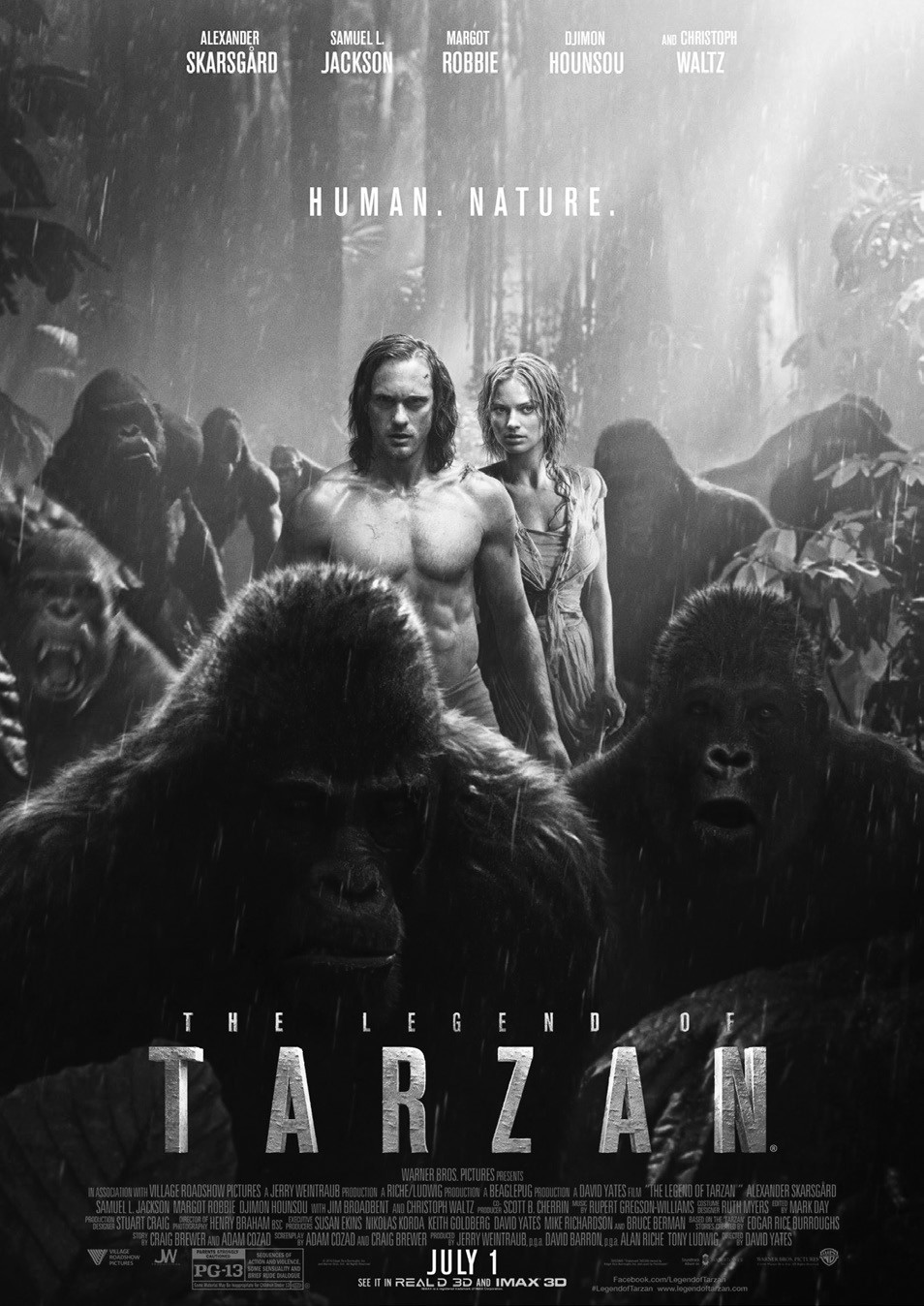 One of my biggest problems with “The Legend of Tarzan” is that it plays like a sequel to a movie that was never made. Don’t get me wrong, I’m aware that we’ve had plenty of Tarzan movies before and that many of them cover his origin. But we’ve never had a Tarzan movie in this continuity before, a Tar­zan movie with Alexander Skarsgard as the ape-man and Margot Robbie as his beloved Jane. This movie takes place after the couple has been married for a few years, after Tarzan has left the jungle to settle down as a British aristocrat, and after he has begun to let his roots slip away from him. I would be much more inclined to buy this movie as the kickstart to a franchise if it started with an impressionable Tarzan rather than a rusty Tarzan.

The plot is that Tarzan is lured back to the Congo by an American envoy (Samuel L. Jackson) who needs someone with his jungle prowess to help in­vestigate rumors of illegal slave-taking. Also need­ing Tarzan in Africa is Leon Rom (Christoph Waltz), a Belgian envoy who wants to deliver Tarzan to a bloodthirsty local chief (Djimon Hounsou) who will give him diamonds to save the fledgling Belgian government. Rom follows the typical villain plan of kidnapping the hero’s wife, and Tarzan follows the typical hero journey of going on an adventure to get her back, getting some help from his old animal friends along the way.

Skarsgard is disappointingly dull as the latest Tarzan. I’m guessing he was cast because of some vaguely ape-like facial features, because it certainly wasn’t charm. Waltz and Hounsou play the same villains they always play, a sophisticated sociopath and a growling brute, respectively. Ho hum. Jackson breathes some life into the sidekick, which is ironic because the movie thinks it’s funny to repeatedly have him breathlessly catch up to the action because the 67-year-old isn’t in peak physical condition. My favorite is Margot Robbie, who imbues Jane with an attitude that is maybe unfitting for a 19th century diplomat, but is welcome among this otherwise un­inspired cast. Some will say she’s playing little more than a glorified damsel in distress (despite a specific claim to the contrary), though there were a few times where I felt like the bad guys were trapped on a riv­erboat with her instead of her with them.

The storytelling, dialogue, editing, and special effects in this movie are all a mess. Much-needed scenes that establish the characters are relegated to unhelpful flashbacks. It feels like we’re missing a scene where Tarzan gives the slip to his British escorts, ditto some kind of setup for a line about hugging from the movie’s climax. Crude jokes are thrown about in an ill-advised attempt to give this movie an edge. The action is choppy and hard to fol­low in the name of bloodlessness. And once again I have to complain that the animals and set pieces are unconvincing CGI wisps.

There’s not much that “The Legend of Tarzan” does right outside of Margot Robbie, and even then I can see the argument that her modern-sounding delivery is out of place. Every now and then there will be a funny line and I suppose it’s hard not to root for African nature to get its deserved revenge on European colonizers. But it’s hard to root for the movie itself. There’s no pressing need to reboot Tar­zan right now and this movie adds nothing to the classic character. With the update of “The Jungle Book” already being one of the biggest hits of the year, I simply feel that I’ve had my fill of jungle men for a while.

“The Legend of Tarzan” is rated PG-13 for se­quences of action and violence, some sensuality, and brief rude dialogue. Its running time is 109 minutes.