“The Jungle Book”: good fare for a family outing 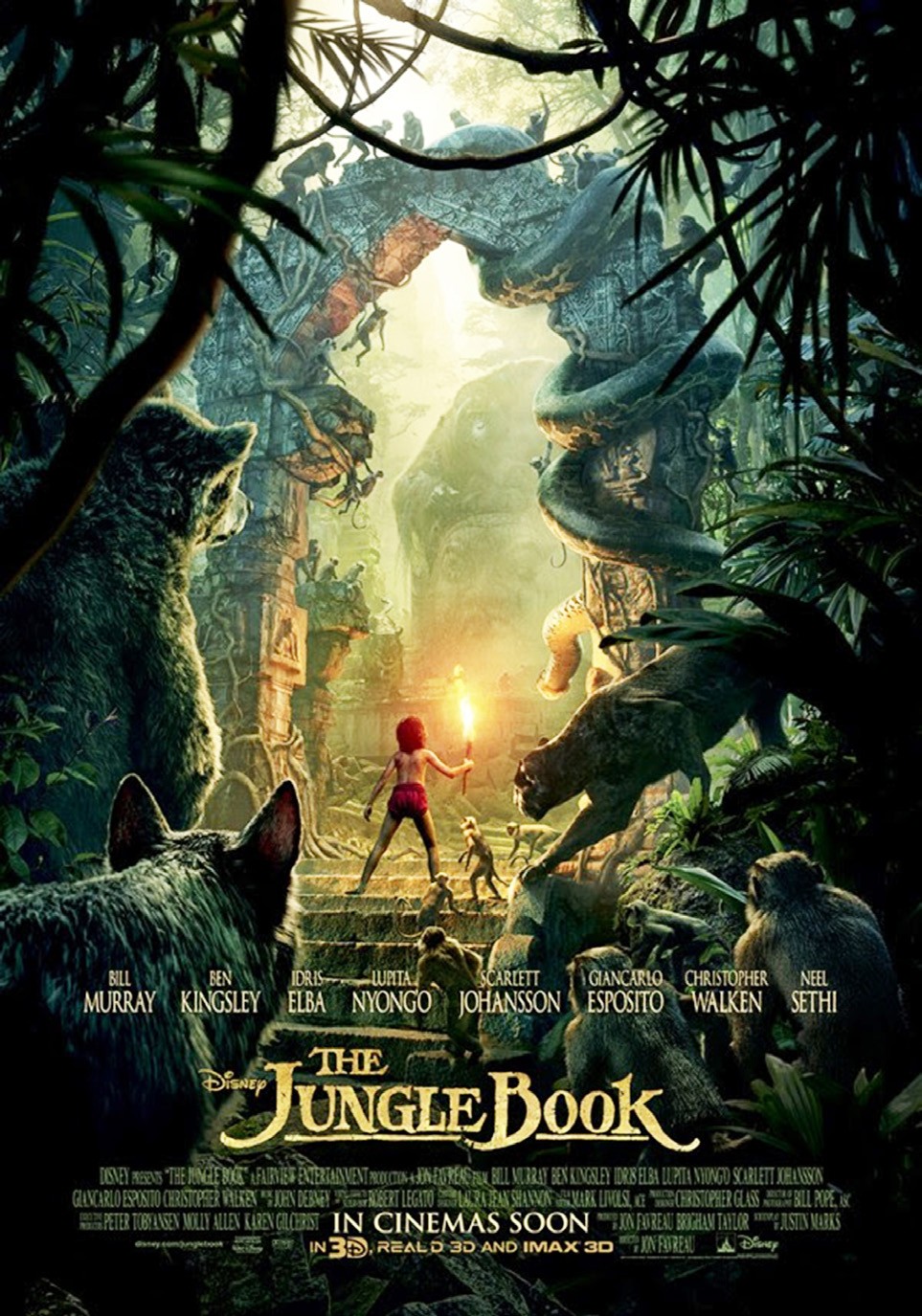 While Disney continues to put out new hits like “Zootopia,” it’s also working hard to update its old hits. The live-action version of “Cinderella” was one of the ten biggest movies of 2015. Even more impressive is that the new live-action version of “The Jungle Book” opened to over $100 million this past weekend. It’s a commercially impressive trend. Creatively, Disney has yet to get it quite right.

“The Jungle Book” centers around Mowgli (Neel Sethi), a human boy raised by animals in the jungles of India after the tiger Shere Khan (Idris Elba) killed his father. A pack of wolves serves as his family, the panther Bagheera (Ben Kingsley) as his teach­er. Shere Khan discovers that Mowgli is still in the jungle and vows to finish the job. Bagheera and the wolves decide that Mowgli is best sent to live with a nearby human tribe, but Mowgli doesn’t want to leave his home. He’s offered protection and tempted to stay by preying snake Kaa (Scarlett Johansson), friendly bear Baloo (Bill Murray), and monkey gang leader King Louie (Christopher Walken). But they all want something from Mowgli, like fire (King Louie), food that he can gather (Baloo), and him as food (Kaa).

Mowgli’s adventures make for okay entertain­ment. He’s able to get out of some tough spots by making impromptu tools, which sets him apart from the other animals and is actually seen as a source of shame. I say they’re just jealous. Otherwise, the action mostly consists of chases and animals wres­tling with each other. Mowgli and Baloo have good chemistry, and it’s fun to see them float down a river singing “The Bear Necessities.”

The Kaa and King Louie arcs are a bit more prob­lematic. Kaa is in the story so briefly she barely reg­isters, and King Louie is all wrong in this version. My King Louie has a jolly and lovable demeanor that hides more sinister motives. This King Louie is about twenty feet tall and is all about intimidation. He makes a few token attempts to be nice, but he’s not fooling anybody. But at least we get an always- appreciated Christopher Walken musical number out of it. Oh and pay close attention to Mowgli when he enters King Louie’s palace. King Louie is a collector of human trinkets, and Mowgli examines one that is Walken-approved.

The CGI animal effects aren’t terrible (love the fur!), but I have some issues with them. It’s to be ex­pected that the animals can talk, but the film makes the curious decision to have their lips move. It’s an unnatural, unnerving effect. It would have been fine if everybody just understood each other’s thoughts through nonverbal communication and we in the au­dience heard their voices. And some weird choices are made with the character designs. I’ve already touched on the impossibly enormous King Louie, but what’s with Shere Khan not being the least bit scary? I know “pussycat” is synonymous with be­ing soft and non-threatening, but the term is not sup­posed to apply to this particular pussycat. Baloo, Ba­gheera, all of the wolves, and a number of the other animals all look like they could take him in a fight.

I don’t blame families if they like “The Jungle Book.” An admirable effort was made and it aspires to be more than a pandering “junk food” movie. There are just a few too many detractions for me to ignore. If you haven’t seen “Zootopia” yet, your priority should be that one, but this is an adequate choice for a family outing.

NOTE: Another problem I had with this movie is its ending, which is a joke. I don’t want to go into depth here in the name of avoiding spoilers, but you can email me at rrg251@nyu.edu to get my thoughts.

“The Jungle Book” is rated PG for some sequenc­es of scary action and peril. Its running time is 105 minutes.