The house that gingerbread built 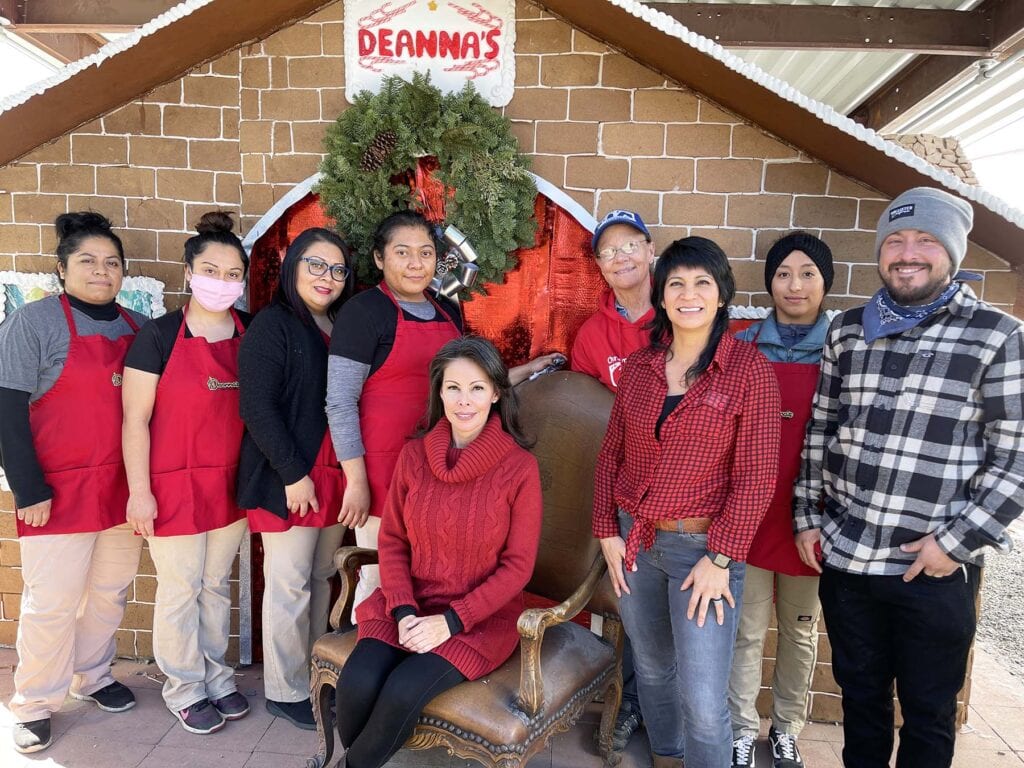 Deanna Smith of Deanna’s bakery brought some of her crew over to the Farm Stand West to pose in front of the gingerbread house that they build there every year. Shown are: Deanna Smith (seated) and (in no particular order) Laura Hillebrecht, owner of Farm Stand West, Denise Ashforth, Robert Smith, Mouren Arzola, Beth Beltran, Pamela Arzola, Ruby Billings and Catalina Carrillo.

The bakery itself is located on Centre City Parkway at 2250 S. Escondido Blvd Suite 110 but the gingerbread house was built at Farm Stand West, 2115 Miller Ave., near the intersection of Citracado Parkway & Miller.

The farm stand was founded in 1990 by Laura Hillebrecht in 1990. The Hillebrechts are a fourth generation farming family in Escondido. Except for a few items imported from out of the area, e.g. apricots, all of the produce sold at the Farm Stand is locally produced, she told The Times-Advocate.

This is the third year that Deanna Smith and her bakery crew have built the gingerbread house. It’s made of edible gingerbread, but isn’t really meant to be munched on, except maybe by some outdoor critters. 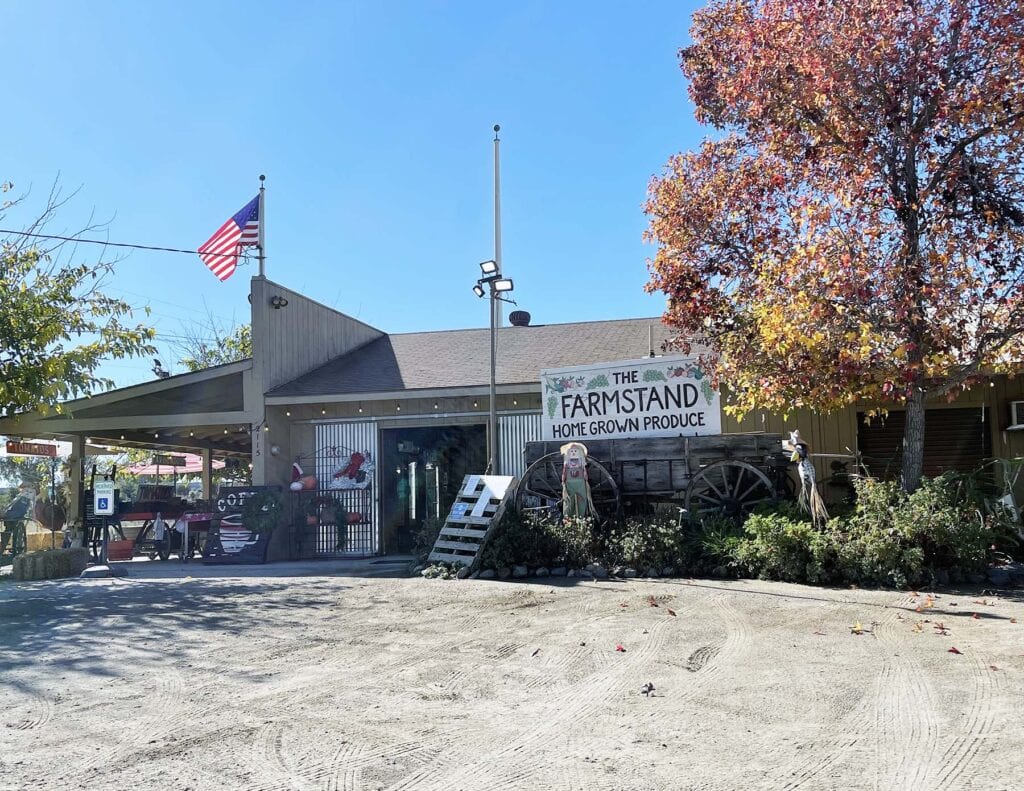 Farm Stand West was started by Laura Hillebrecht in 1990, whose family has been in the farming business for four generations.