Palomar Community College, which was born as Palomar Junior Col­lege in 1946, becomes 70 years old this September. But it was far, far different in those days from the extraordinary facility of higher learning that exists today on the San Marcos campus that could pass for a four-year university.

In those first few years, Palomar was somewhat akin to an orphan looking and hoping for a permanent home.

Even though a typical college en­vironment was denied them, it had to have been with some anticipation, on that September of 1946, and even with a little excitement, when that very first faculty and a handful of students inau­gurated a new junior college in rented classroom space — at night — in the old Vista High School on Vista’s Escondi­do Avenue. (How’s that for irony?)

The college held classes at Vista High School for three years, until September 1949 when it moved a few blocks to an­other temporary “home,” space at the old Vista recreation center near Santa Fe Avenue and Vista Way, adjacent to the then National Guard Armory. This time, the college had some classrooms of its own — converted military barracks that had been purchased from the U.S. gov­ernment’s Camp Elliott, an Army base in San Diego that was being closed.

Some classes were held in the rec center building and on the second floor of the American Legion building about three blocks down on Santa Fe Avenue, which students reached by walking along the railroad tracks.

Then came along what might be de­scribed as a momentous event — the move in September 1950 to its present site in then unincorporated and sparsely populated rural San Marcos. The or­phan had found a permanent home, al­beit still utilizing the military barracks as classrooms. San Marcos in those days was more of an area rather than a town or village. The new college was sited on 130 acres on a dusty campus a few hundred yards back from Mis­sion Avenue with only a few scraggly eucalyptus trees as overseers and sur­rounded by — nothingness.

I was among those students in 1949- 50, a freshman at that Vista rec site and in 1950-51, a sophomore at the perma­nent campus. I’ve always felt special about that ‘50-’51 year: I was among those students who “pioneered” the San Marcos campus — the very first ones on the permanent site, Except we didn’t feel like or realize then that we were pi­oneers. We were too excited about the new adventure. 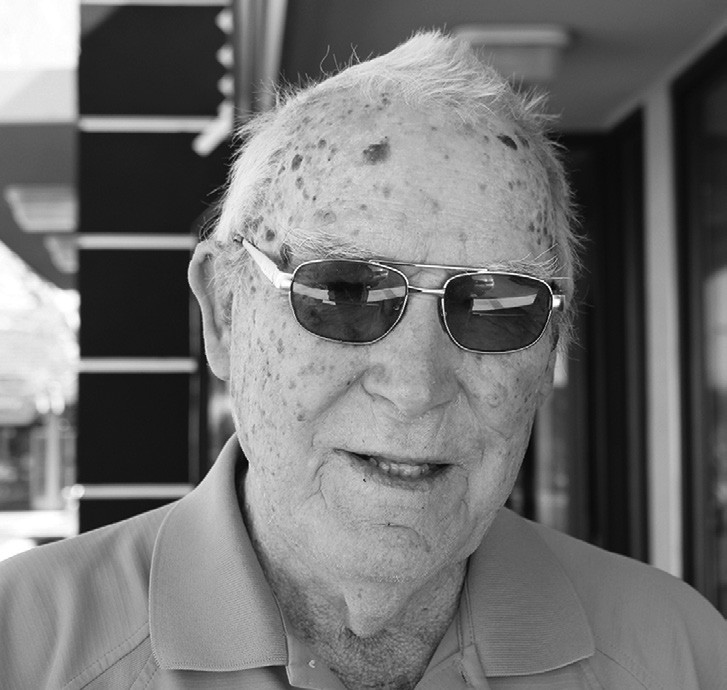 There were 46 students in the 1950 graduating class.

Many of the freshmen from that year did not return for their sophomore year. Among the Escondido students in the 1950-’51 year were Wil Mason, Ardis Wade, Alden Avery and Fred Miller.

That gigantic letter “P” on the hill­side behind the college, that proudly announces: “This is Palomar College country!” That was constructed that fall of 1950 by a group of students led by Bill Tipton of Vista, who hiked up that rattlesnake-infested terrain, loaded with shovels, hoes and pick-axes.

Believe it or not, one of those old mil­itary barracks utilized at both the Vista rec and San Marcos sites housed a cafe­teria! The college also provided student bus transportation, although the buses sure sparingly used. Student drivers were utilized from each of three areas, leading to the college — Valley Center through Escondido, Poway through Es­condido and Fallbrook through Vista.

Palomar had no athletic facilities. “Home” games were played in the gymnasium and fields of then Vista, Fallbrook, Escondido and San Deiguito high schools. On the San Marcos cam­pus that first year, two portable baskets were set up on a makeshift dirt court for practice. The basketball coach that year was Bill Dae; the football coach is Bob Blackman. Hueston Harper had retired.

There were 21 students in the 1951 graduating class in a quiet ceremony held off campus at the Mary Young Connors Hall on San Marcos Boule­vard.

We students of that “pioneer” year could not have imagined today’s stately college campus, nor could the students of today visualize that rural campus of 1950-51.