The day the judges met at a Valley Center home 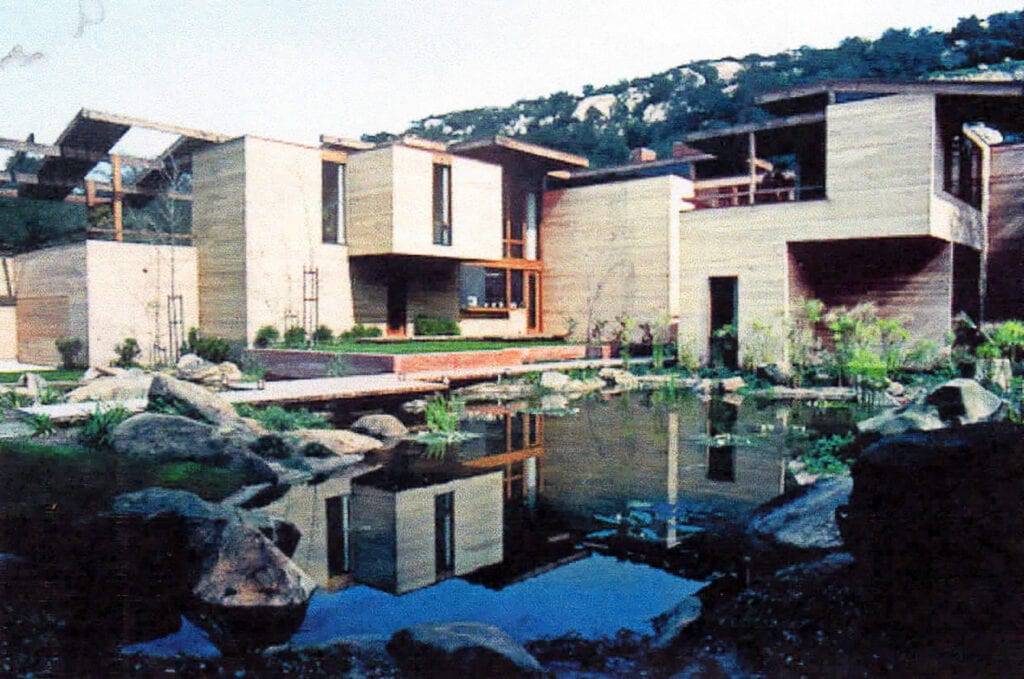 This Valley Center residence, described as surreal and breathtaking, was named “Home of the Year” by a regional magazine.

When competing architects met to present their designs for the new Mediterranean-style Escondido City Hall-Civic Center complex in 1984, they and the judges gathered not in Escondido but at a private residence in Valley Center that had been described as stunning, majestic and a visual feast.  It had been named “House of the Year” by a regional magazine and was selected for the cover of a book on “extraordinary” residences.

It is that home that is spotlighted in this week’s question-and-answer column from the Valley Center History Museum, and is in response to multiple inquiries to identify the most remarkable and dramatic residence in the region.  While there is no shortage of private homes in Valley Center and Pauma Valley that would qualify for that description, local historians and those few who have seen the residence agree this one is spectacular.

This story is installment number 14 in the series which appears weekly while the History Museum is closed.  All data is from the archives of the Valley Center Historical Society.

Set among 400 acres in a private gated development, the 3,800-square foot home where the judges met was designed by celebrated modernist Norman Applebaum who has been called “an architect’s architect.” He was given a five-page list of requirements by the property’’ new owner, newspaper publisher Carlton Appleby, owner of the former Escondido Times-Advocate, later renamed North County Times.

In selecting the residence “Home of the Week,” the Los Angeles Times called it a “gem,” echoing the applause from San Diego Home & Garden which selected it as “Home of the Year.” In 2009, the lavish coffee table book “Extraordinary Homes California” used the Appleby/Applebaum residence for its cover, calling it “a visual feast” and “stunning.”

One of the judges, dean of a noted art institute, proclaimed he was in “awe” before entering the house, walking across a bridge over a poi pond which led to a 9-foot-high leaded-glass front door which itself was once featured on the cover of a magazine.  Inside, there were soaring walls of glass framed in Douglas fir capturing views of lush greenery and rocky hillsides, a library with a wall of shelves rising nearly two stories, and a massive brick fireplace where firewood was stacked 10 feet high.

When Carlton Appleby and his wife Eileen moved into the house in 1982, they became members of the Friends of the Valley Center Library, likely at the urging of their neighbor, Sterling Dorman, one of the original Valley Center historians, whose own remarkable adobe home hosted many library and early local history events.

When the Appleby home last sold to an entrepreneur in 2012 it was surrounded by 106 pastoral acres.  The property and photos of the dramatic interior likely will be featured in a proposed book on remarkable homes in Valley Center and Pauma Valley which is under consideration by the Valley Center Historical Society. The photographs, as is the image pictured here, were taken by Julius Shulman, famed architectural photographer whose vast library of images resides at the Getty Center in Los Angeles.

To submit questions for future columns, email museum@vchistory.org or call (760) 749-2993.  Messages can also be directed to the museum Web site, vchistory.org, and clicking the contact button.