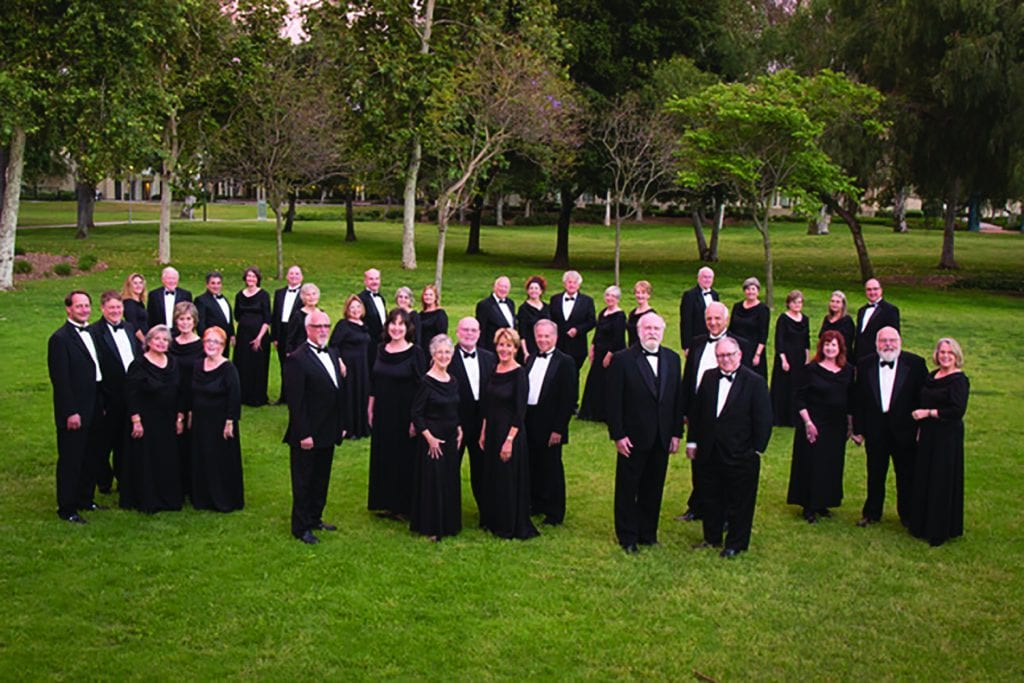 The Center Chorale, who will perform next on June 3 at Trinity Episcopal Church.

The Center Chorale will perform David Fanshawe’s “African Sanctus” Sunday, June 3, 3 p.m. at Trinity Episcopal Church in Escondido.
“African Sanctus” by David Fanshawe is a major choral work that incorporates authentic songs and drumming by African musicians integrated with his composition based on traditional Latin texts.
Fanshawe, world traveler, musicologist, and composer collected thousands of recorded examples of African music in the 1970s. His recordings are an important collection of African music that might have been lost had it not been for his musicological work. In the performance of African Sanctus, Fanshawe’s recordings are played electronically interspersed with his choral writing. The Center Children’s Chorus joins with The Center Chorale to perform this late 20th Century masterpiece. The combination of Fanshawe’s composed score with the African singing and drumming make a rhythmically exciting musical expression unlike anything ever written for choir and accompaniment.
Jane Fanshawe, spouse of David from England, will be present to introduce and make commentary about African Sanctus. David died in 2010 and left his legacy in the hands of his wife, Jane. Numerous photos taken by David Fanshawe during his African travels will be shown during the concert.
The concert will be held at Trinity Episcopal Church, 845 Chestnut St, Escondido on Sunday, June 3 at 3 p.m. Tickets are $12, Adult, and $5 Student. Tickets are available online at: EscondidoChoralArts.com
For more information contact: Escondido Choral Arts Foundation
The performance will be conducted by Dr. Joe Stanford, Artistic Director and Conductor the Center Chorale whom you may contact at 760-805-3945 or jstanford@escondidochoralarts.com.

More From Go To The Section