The biggest stories of 2016 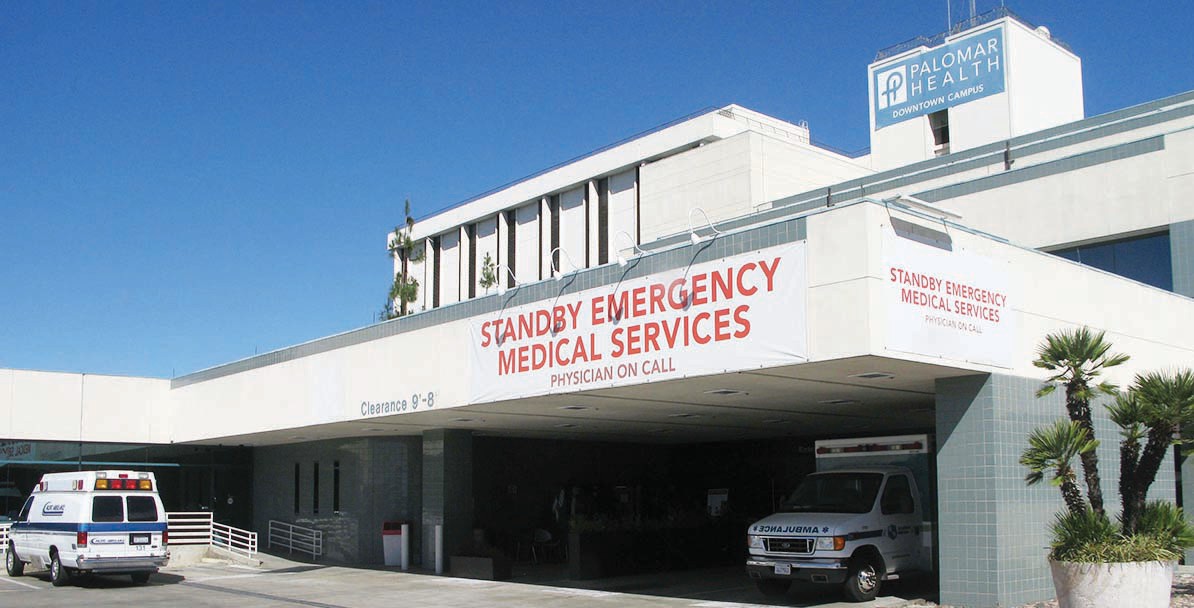 One of the most important stories of the year was the gradual closing down of the old Palomar Hospital campus.

This is our annual “year in review,” when we pick the ten biggest stories of the year. Next week, we will announce the first annual Newsmaker of the Year Award.

Everybody loves a “top ten” list as David Letterman demonstrated year after year.

We make no effort to intermarry our “top ten” with top stories of the day nationally or internationally. So, you won’t find Hillary Clinton, Donald Trump or Black Lives Matter inserted into this list.

It’s quite likely that many of you will disagree with my choices and the rankings of the stories. That’s OK, you’re entitled to come up with your own list, and we will even print it (as long as it’s interesting!) The stories were chosen from our experience of covering Escondido for the past year. Yours may vary.

Enjoy the list as food for conversation since it certainly doesn’t rise to the level of “food for thought.” 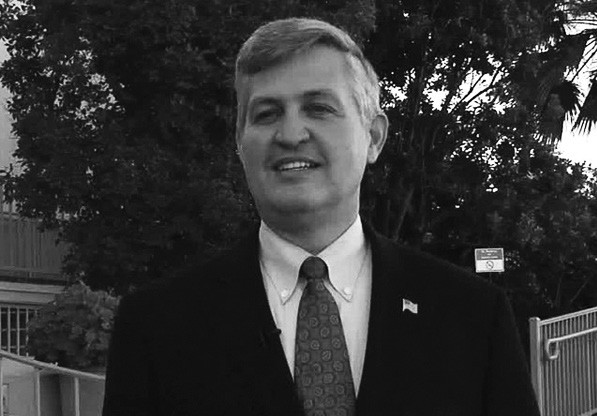 at the old Palomar Hospital campus, and opening of those facilities in the new Palomar Medical Center. Both were simply milestones towards full closure and sale of downtown Escondido’s hospital and grounds.

Opened in 1965, the hospital is the victim of old age, crumbling infrastructure and the changing nature of health care. The ER closed on March 14.

From now on the property of the old hospital, which until the opening of the new hospital was the most prominent landmark in the city, will be in the bullseye of the city council and the city’s economic development staff. Probably the largest piece of property in the city that is available for redevelopment, many see this property as the key to making the downtown area even more vital and exciting. 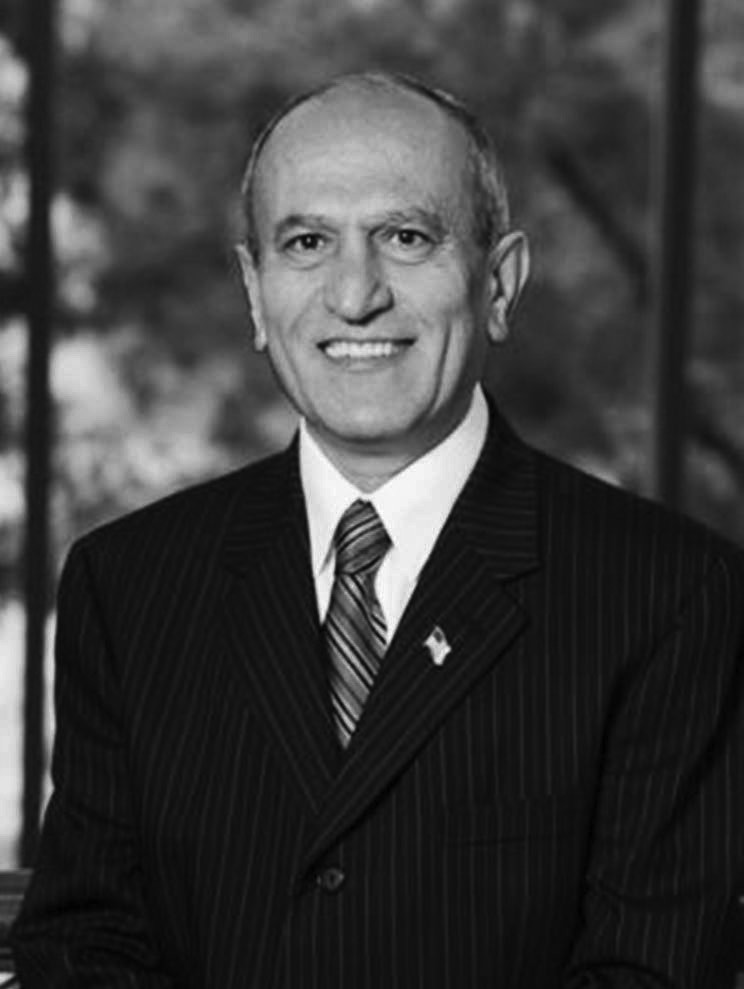 The city’s municipal library gets more daily usage than any other facility. Other council members enthusiastically joined Masson’s call for a “big vision” library, instead of just applying a Band- Aid to the existing library on Kalmia. On Wednesday, March 23 things took a turn for the lyrical when Councilman John Masson quoted rapper Eminem: (but without the accompanying rhythm, as one councilmember quipped) “Look, if you had one shot or one opportunity to seize everything you ever wanted in one moment, would you capture it or just let it slip?”

Masson proposed that the city build a library that can stand the test of time on the north end of Grape Day Park in the Wood- ward parking lot. The library would complete the civic center with the Center for the Arts and City Hall on the same property. A survey of residents showed that over 60% of the 400 or so likely voters contacted by landline and cell phone favor a library expansion and would vote for it.

#3 BOARD OF SUPERVISORS ELECTION 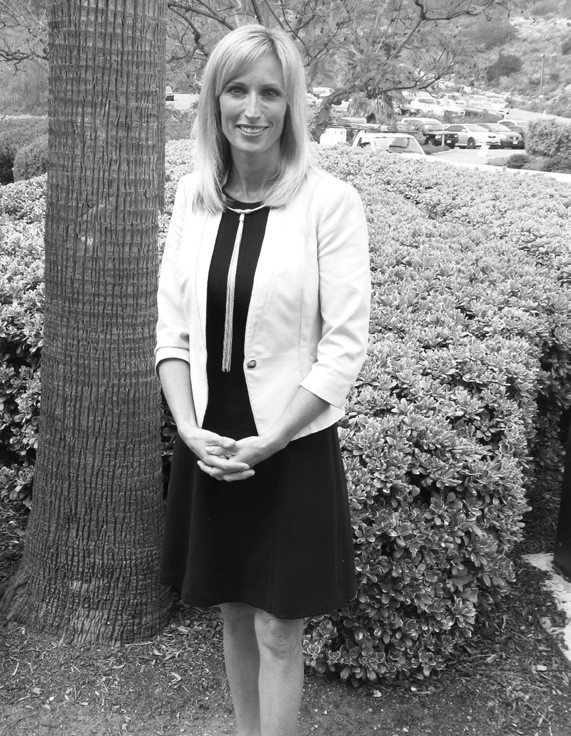 of supervisor elections don’t have a lot of drama when an incumbent is running for reelection. However, 2016, living up to its national reputation, was no ordinary year for elections at the county level. The beginning of the year found Sam Abed, Escondido’s Favorite Son, running along with Encinitas Mayor Kristin Gaspar to bring down the incumbent, Dave Roberts.

Few would dispute that Roberts was that rare politician who seemed to put his constituents first and got an A + in community service. However, he badly wounded himself in 2015 when he had to deal with accusations from former staffers that he behaved improperly.

The County was forced to pay hundreds of thousands of dollars to the ex-staffers and Roberts ended up with a giant rotting carp draped around his neck, politically speaking. Abed earned the endorsement of the County GOP, but Gaspar beat him out in the preliminary round in June, leaving her the sole Republican facing Roberts, a Democrat in a Republican majority district. Defiant in defeat, Abed announced that he would seek a third term as 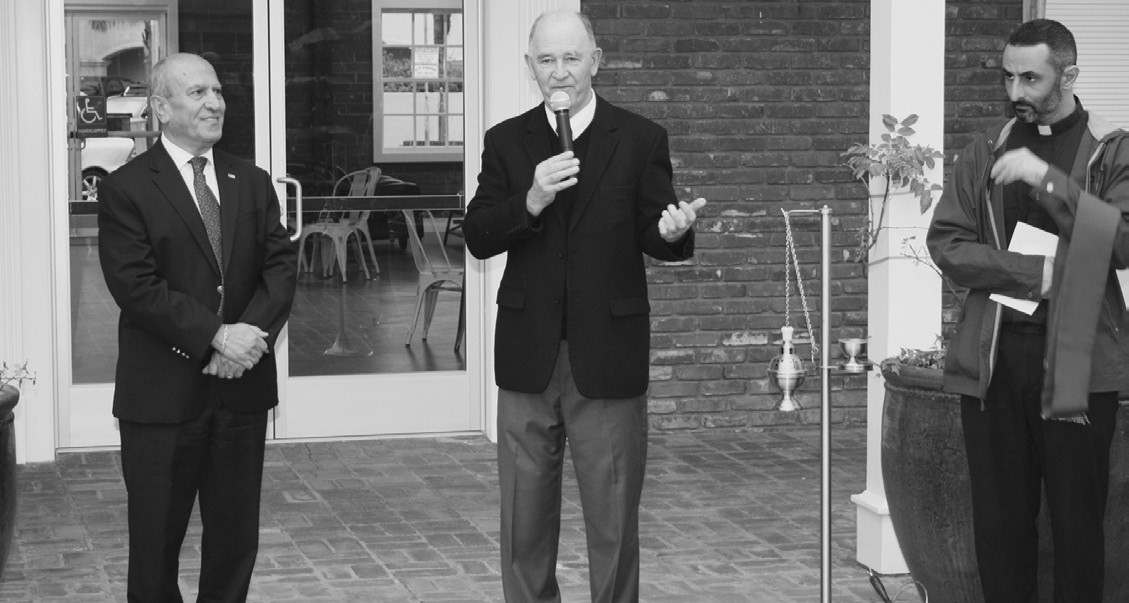 The dedication of a new building of the university.

The uplifting saga of the revitalization of the downtown area by the growing presence of John Paul the Great Catholic University. The university opened two and a half years ago on Grand Avenue. Then this spring the university announced that it would be doubling its footprint — adding 30,000 square feet on 1.5 acres. The university purchased an old furniture store located at 131 S. Broadway and the old Center City High School Building at 236 S. Maple, (corner of Maple & 3rd). Both buildings had been vacant for several years.

SANDAG voted July 14 to put a ½ cent sales tax on the November ballot. The purpose of the proposed tax was raise money for transportation and infrastructure. North County representatives found that precious little of the money would go to fix North County’s traffic issues. One thing that proponents got a lot of flak for was claiming that the money from Prop. A would help fight wildfires. Despite signs all 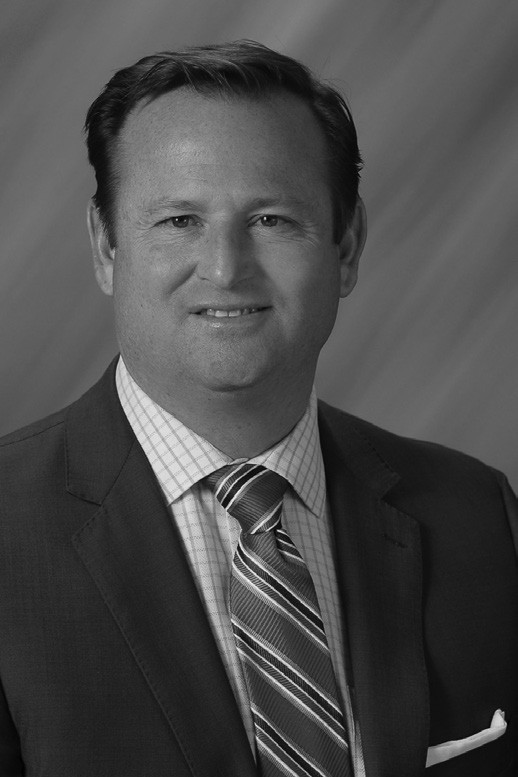 over North County making this claim, it was impossible to find a local fire chief who would say that the measure contained any actual funding to combat wildfires. The measure lost handily.

In October City Manager Graham Mitchell, 47, announced that he was going to leave his position “for personal reasons” less than a year after taking over the job from longtime City Manager Clay Phillips.

Councilman Ed Gallo seemed to capture the mood when he told the Times- Advocate “I’ve been on the council fourteen years and this is my worst day. He was a young guy with so many good ideas.”

On March 30 Interfaith Community Services held a “Grand Un-Closing Event” for Haven House, to celebrate its opening as a year ‘round homeless shelter. Interfaith has been taking in homeless people for 35 years, but until now the shelter operated only during four winter months, December through March.

to both men and women on December 1 and underwent a remodel that brought the number of beds from 40 to 49 later that month.

“This is going to be the first year ‘round emergency shelter for the homeless in the history of North County that serves both men and women,” said Greg Anglea, executive director.

A skilled local horsewoman from Escondido was killed in a freak accident in Lakeside at the local rodeo on April 23. The death of horsewoman Diana Cavender became one of the biggest news stories of the year by virtue of the fact that this local tragedy attracted the interest of the rest of the country and many people around the globe. Thousands of people expressed their sorrow.

Cavender was killed shortly after riding in the Lakeside Rodeo when her horse spooked, lost its balance and rolled on her, hitting her head against the pavement. Cavender was a member of the renowned Escondido Mounted Posse, and was described by one of the members as being the best and most 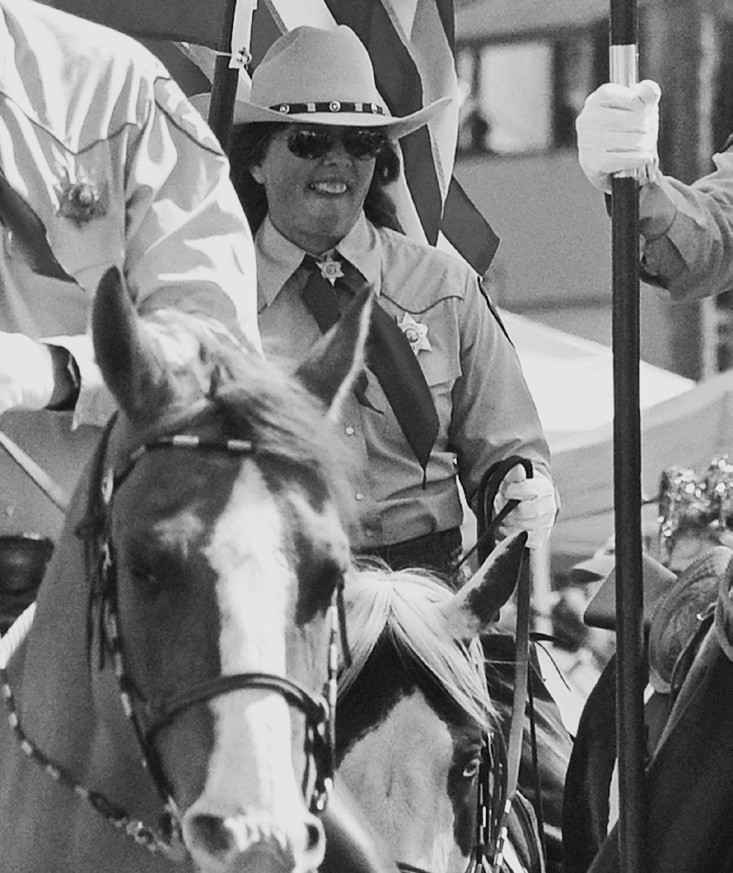 experienced rider in the group.

The long, drawn out battle between the Escondido Union School District and trustee Jose Fragozo continued when Fragozo was hit with a restraining order which prevented him from physically attending school board meetings, followed by the lifting of the order in April and finally with Fragozo forced to drop out of his reelection campaign during the summer when it was alleged — and then proven in court — that he didn’t live in the district he represented.

The question of where to site a plant to treat the recycled water produced by the Hale Avenue Resource Recovery Facility (HARRF) for agricultural use. The first clash between the city and outraged residents happened in late spring when residents of the housing communities surrounding Washington Avenue were outraged that the city council members could even consider putting an industrial facility just 20 feet away from homes. The plant has stayed in the news with the proposal to put the plant on city land on Ash & Mission. A hearing is planned for January 11.