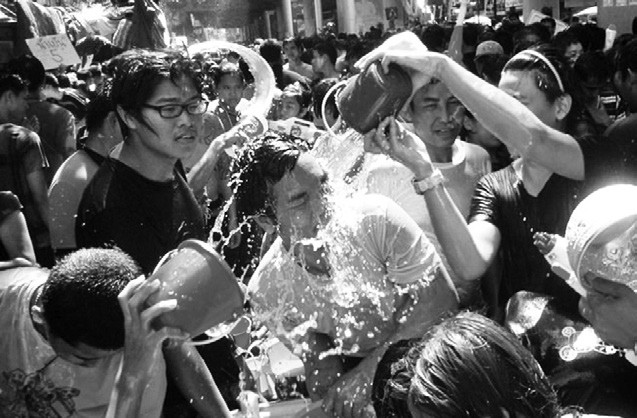 Getting everyone wet is part of the fun at this festival.

The Escondido Thai Community is hosting the Thai New Year festival that will be held on Sunday, April 19at Wat Buddhajakramongkolratanaram (the Thai temple in Escondido), located at 139 West 11th Avenue, Escondido.

This year’s celebration will include Thai classical dance performances, an exhibition of Thai food carvings, and countless traditional delicious Thai dishes and desserts while familiarizing with Thai culture. Attendees to the Songkran Festival will also have an opportunity to meet with several leaders within the Thai community of San Diego and Escondido.

In conjunction to the Songkran Festival, according to Jarija Bartolome, beauty pageant committee member, there will be a “Miss Songkran 2015” Beauty Pageant, open to all young ladies in the Escondido community from ages 15-30 years of age.

Cash prizes along with sponsor prizes will be awarded to the winners. All pageant entry contestants will also receive a professional photography color portfolio contributed by TWS Photography and Richard Schultz Photography, of Escondido. All ladies will receive a gift bag of soaps, creams and makeup.

Having fun is a big part of Thai culture, and having fun amidst scorching heat is no exception. The hottest month of the year, April in Thailand sees the entire country go bananas in friendly water fights and street parties that last nearly a week.

During Songkran, most office buildings, banks as well as family-run shops and restaurants shut down completely, while big shopping malls usually remain open. Bangkok experiences a mass exodus, as at least half of its residents travel back to their hometowns for family re-unions. In their place are tourists, who fly into Bangkok particularly to enjoy one of the most colorful and festive times of the year. 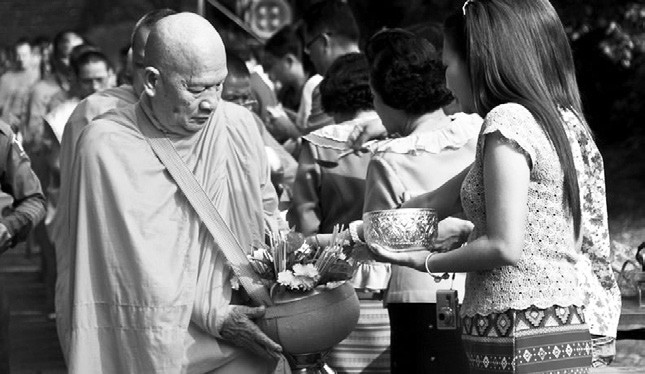 Songkran in Thailand 2015 is traditionally officially observed between the 13th and 15th of April (three days national holiday), although in reality, celebrations often last the entire week!

According to Ranee Lounsbury, member of the Board of Directors of the Thai American of San Diego County and President of the Rites of Songkran 2015 for the Escondido Thai Temple, has provided the answer to the following question. “What are The Rites of Songkran”?

“The Rites of Songkran (Thai New Year) at the Thai New Year there are rites and rituals that people participate in as part of the New Year blessings and Buddhist merit-making.” One of these is the splashing of water. In Bangkok, the traditional event has become more spirited with water guns and waterfilled balloons, with the rinsing of the old new and birth of the New Year, usually taking place mid-April.

Contradictory to what you may have witnessed throughout Songkran, funloving Thais don’t just throw water at each other for no good reason (besides having a kick out of seeing other people soaking wet). The real meaning behind the splashes is to symbolically wash off all misfortunes in the past year, thus welcoming the New Year with a fresh new start.

The event starts at 10 a.m. and will conclude at 5 p.m. Admission to this cultural event is free of charge. The membership of the Escondido Thai Temple, in conjunction with the Board of Directors of the Thai American Alliance of San Diego are sponsoring the event.

Anyone interested in entering the “Miss Songkran 2015” Beauty Pageant is encouraged to contact Ding Smith 619-890-5909 or Jarija Bartolome at 858-735-8917 for more details, information and entry application forms.