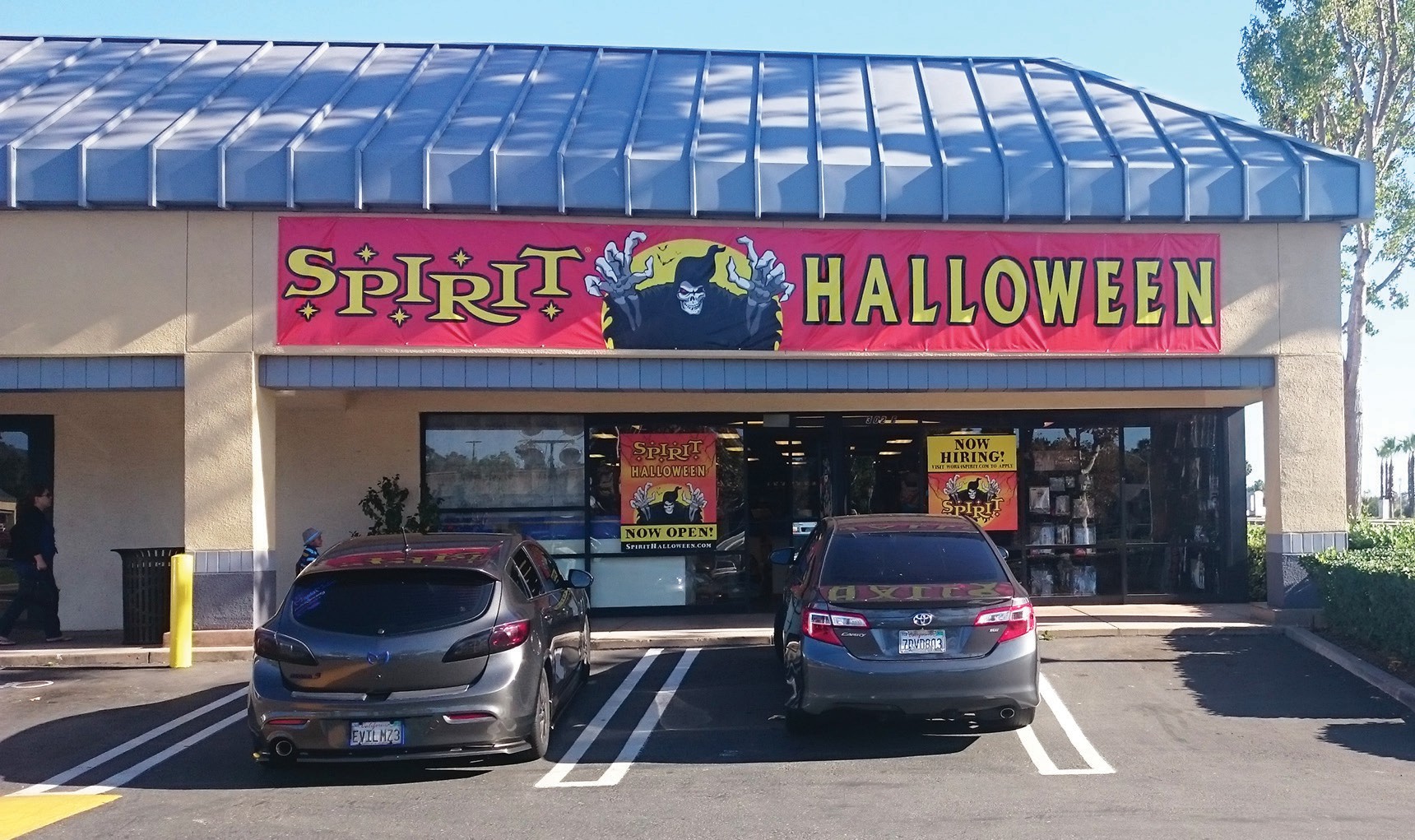 The autumn greets many things in North County. For Escondido it means the opening of Bates Nut Farm’s grand pumpkin patches, hayrides and corn mazes. Along with phantom Halloween costume shops that magically fill vacant storefronts and disappear just as swiftly upon the conclusion of the Day of the Dead.

You can always recognize these shops by their bright orange signs brightly displayed as if they were neon lights glowing both day and night. These stores are always filled with yard decorations, costumes and accessories to fulfill every imagination, glow 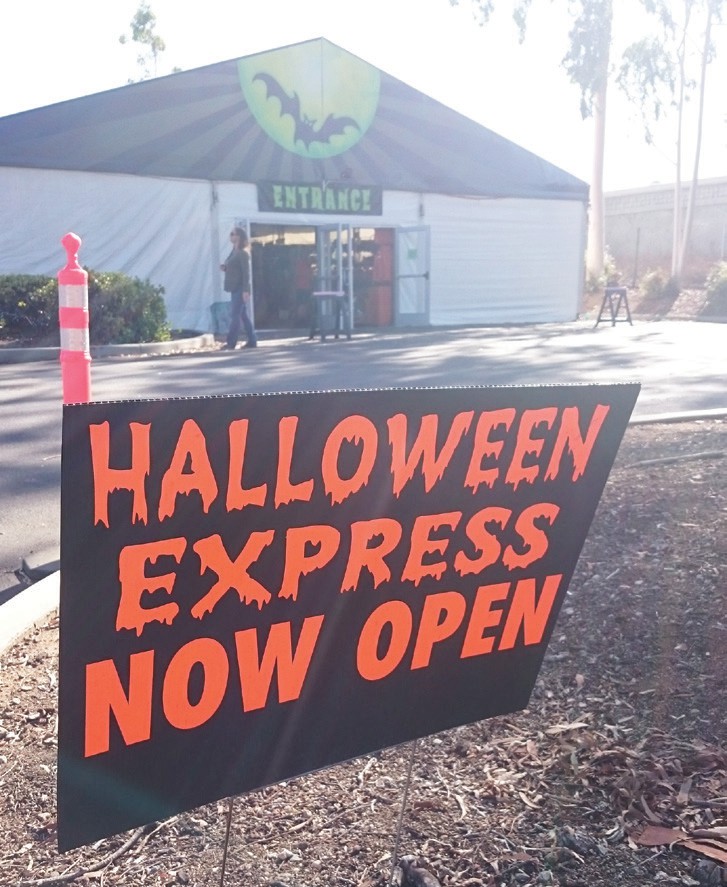 Halloween Express tent outside of Sears at the North County Mall. Photo by Anne S. Hall.

According to the National Retail Federation Halloween is expected to generate $8.4 billion dollars in revenue as the average person spends nearly $100 on costumes based on their survey through this year’s consumer study. This number is estimated at the highest amount of money spent on Halloween by consumers, ever.

Of the 171 million spook fans who plan to celebrate Halloween in this country, approximately 70% of those households intend to pass out candy and treats to trick-or-treaters, while approximately 50% of that population also 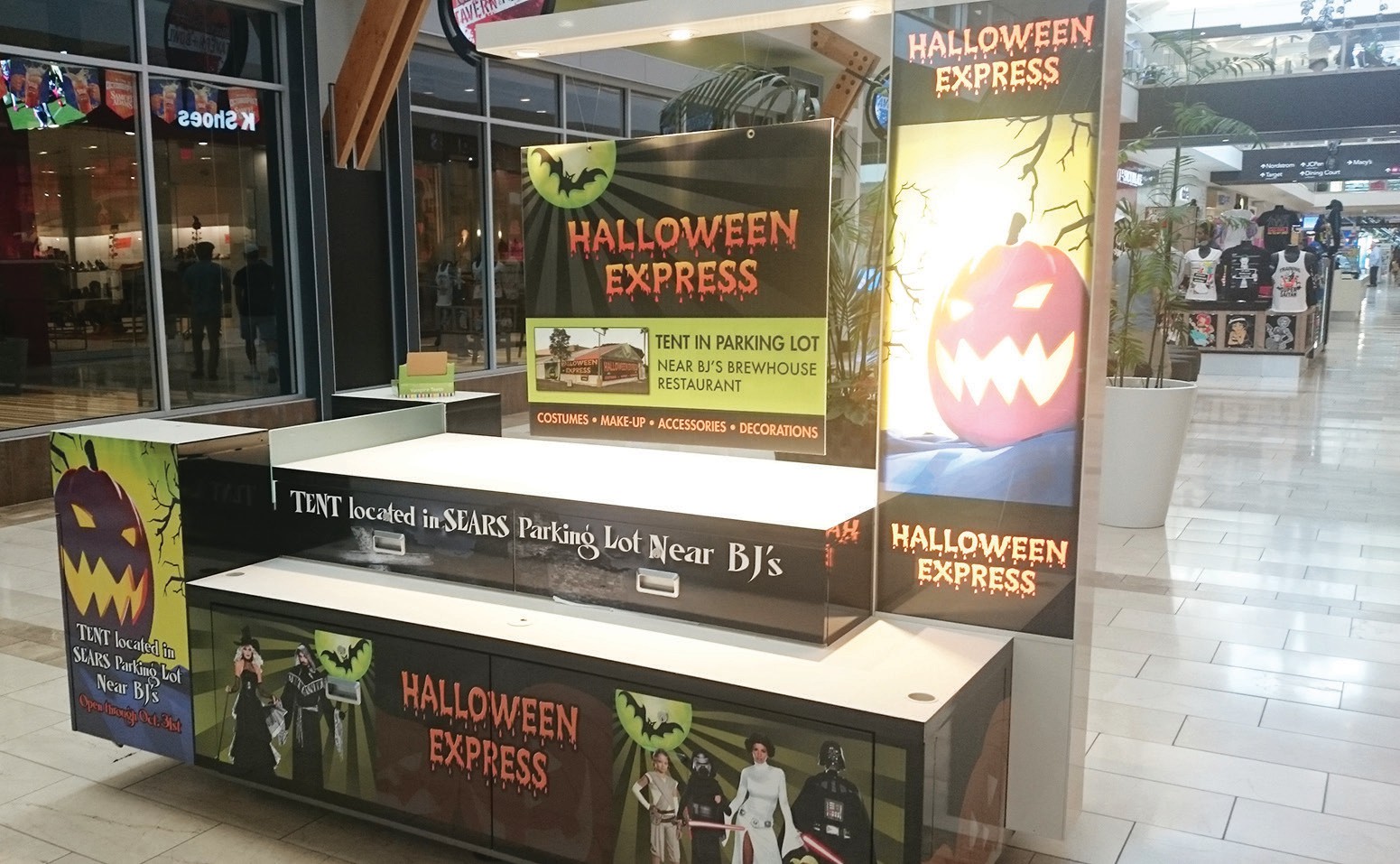 decorates their homes and office spaces. For more details about shopping statistics for Halloween you can visit nrf.com/resources/consumerdata/halloween-headquarters. You can even find official census statistics at www.census.gov/newsroom/facts-for-features/2015/cb15-ff21.html

The average store carries more than 100 different types of costumes. Popular choices this year still include the walking dead and creatures with wings.

If you’re looking for new additions for this year’s Halloweeny antics you can find stores around Escondido at the following locations: 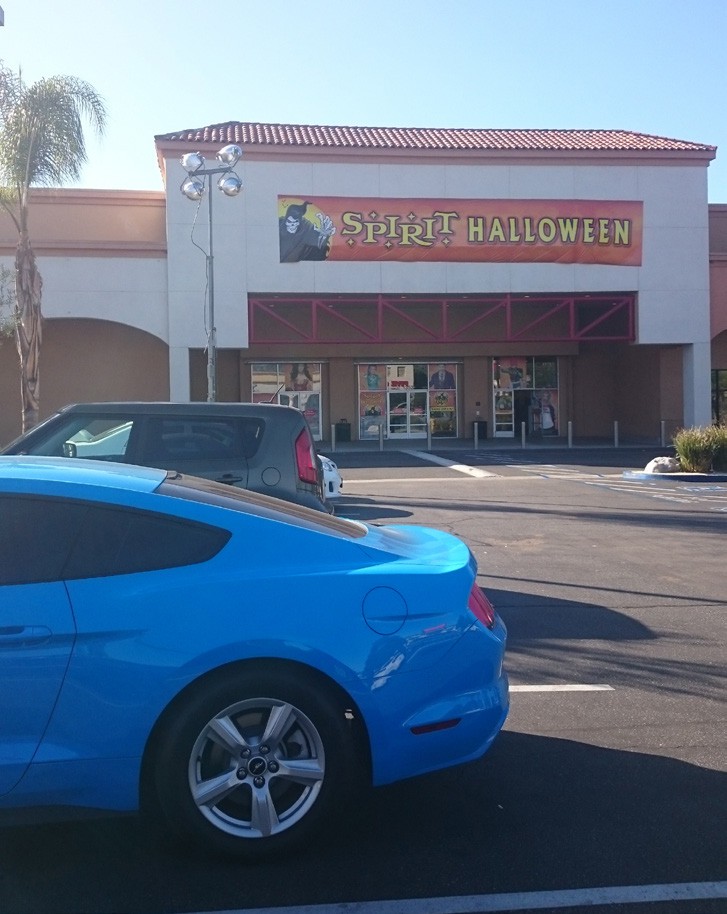 kiosk inside)
272 East Via Rancho Parkway


A year round costume shop operating in Escondido that maybe you haven’t considered:

The Fairy Godmother
(By appointment only)
www.thefairygodmother.biz/quotes.html

Leftover goods from these phantom Halloween stores are locked away for next years fun or sold at discounted prices while supplies last (or stores disappear). Taking your time shopping for decorations and costume ideas is a great way to find a bargain. The average consumer purchases their goods and kicks into high gear in these ghoulish antics the first two weeks of Halloween (i.e. October.)