“Teenage Mutant Ninja Turtles: Out of the Shadows”: Meets its low expectations 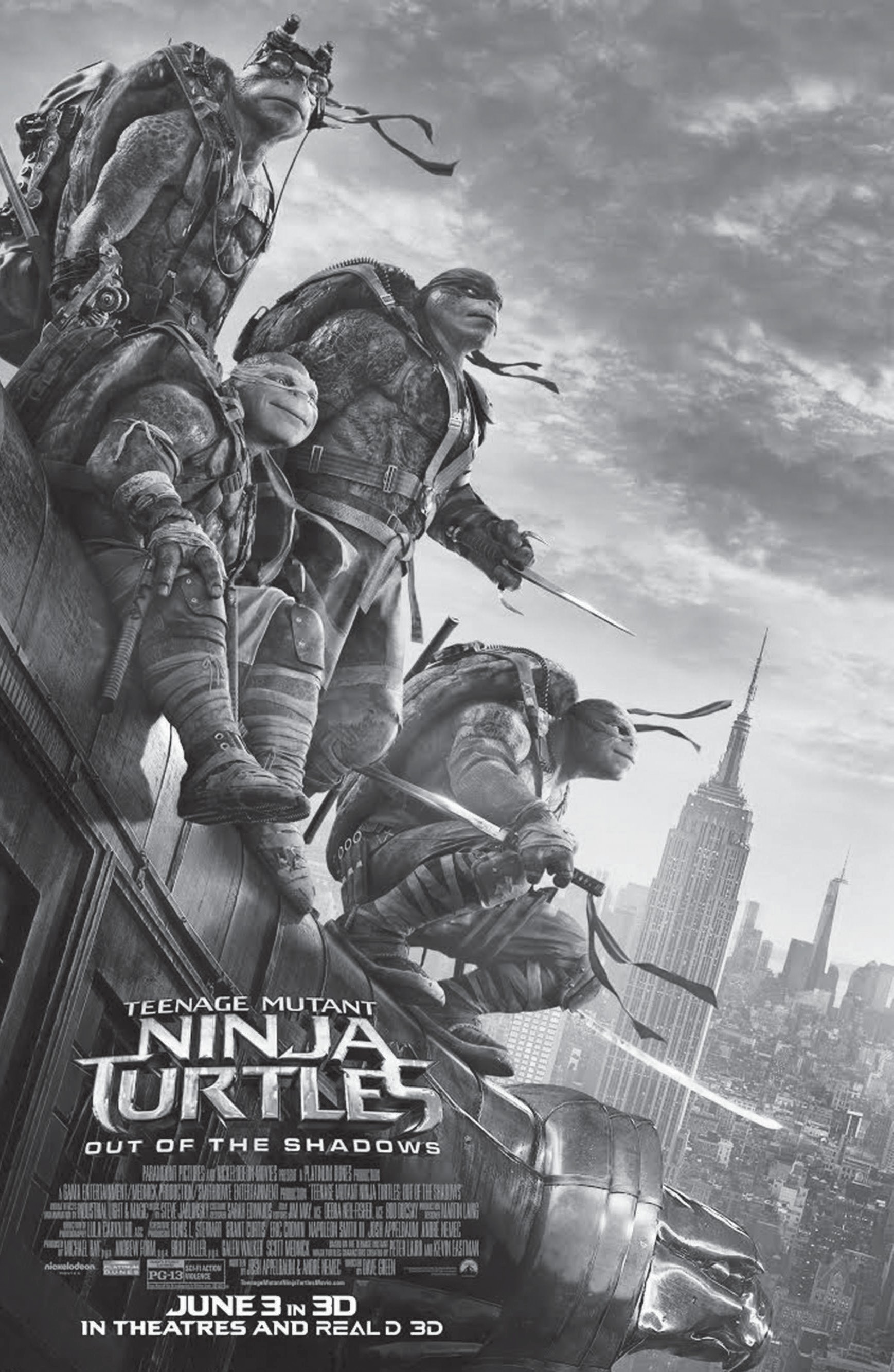 Should I even bother getting mad at this movie for being garbage? The whole “Teenage Mutant Ninja Turtles” franchise has been garbage since the 80’s. The movies and car­toons have never strived to be any­thing more than toy commercials, and parents hate the toys because they’re so violent.

Expectations are so low that it’s virtually impossible for “Out of the Shadows” to disappoint — it can only fall in line.

There’s a moment early in this movie where Jones is telling an outlandish-but-true story to a supe­rior officer (Laura Linney) and she doesn’t believe him. It’s no wonder she doesn’t believe him, Amell is channeling Mark Wahlberg in “The Happening” with his performance. He has the demeanor of a clueless idiot, which is the closest thing he has to personality. I thought I had a passing understanding of Ninja Turtles lore going into this movie, but I had never heard of the Casey Jones character. My guess is that he always sort of faded into the back­ground, which was the right call if this version is any indication.

Speaking of characters who ba­sically fade into the background, Shredder (Brandon Tee) is supposed to be the head villain of this uni­verse, but he doesn’t do squat in this movie. He’s broken out of prison by evil scientist Baxter Stockman (Tyler Perry), gets aid from planet- conquering space alien Krang (Brad Garrett) and creates two mutants to combat the Turtles; warthog Beebop (Gary Anthony Williams) and rhino Rocksteady (WWE superstar Shea­mus), but he can’t be bothered to do anything himself. The new villains aren’t the most effective opponents, but at least they’re effective incon­veniences, which is more than I can say for Shredder.

There’s a dime-a-dozen “saving the world” plot in play, but there’s also a storyline about the Turtles discovering a serum that might turn them human. They disagree on whether or not to use it or even let each other know about it. This leads to dissension between the brothers and they blow a major mission be­cause of it. Or at least they’re sup­posed to. This movie is so poorly thought-out that the writers forget to have them not get along on the mission. Leonardo says “Nice team­work” at the end of it and it took me a while to realize it was supposed to be sarcastic. It could genuinely ap­ply to the preceding sequence, even if they did come out on the losing end.

The movie is filled with CGI, from the Turtles themselves to the action sequences to food. The special ef­fects are about as lousy as everything else in this movie. They’re cheap, they’re unconvincing, they’re ugly, the characters look weird at certain angles. The nicest thing I can say about them is that they’re consistent and plentiful, so at times you get the impression you’re watching a cartoon. It’s not like the live-action sequences fare any better.

What can I say about “Teen­age Mutant Ninja Turtles: Out of the Shadows” that isn’t obvious to anyone halfway familiar with this franchise? The jokes aren’t funny, the action isn’t thrilling, the script was clearly an afterthought, and the characters aren’t likable. That last one bothers me the most. The sullen Turtles lack the appeal of their car­toon counterparts, and the dull hu­mans certainly aren’t picking up the slack. I gave the 2014 “Ninja Tur­tles” movie one and a half stars out of five because Megan Fox brought an ounce of charm to April, this movie is even devoid of that. I guess I was wrong, this movie is capable of disappointment.

One Star out of Five.

“Teenage Mutant Ninja Turtles: Out of the Shadows” is rated PG-13 for sci-fi action violence. Its running time is 112 minutes.