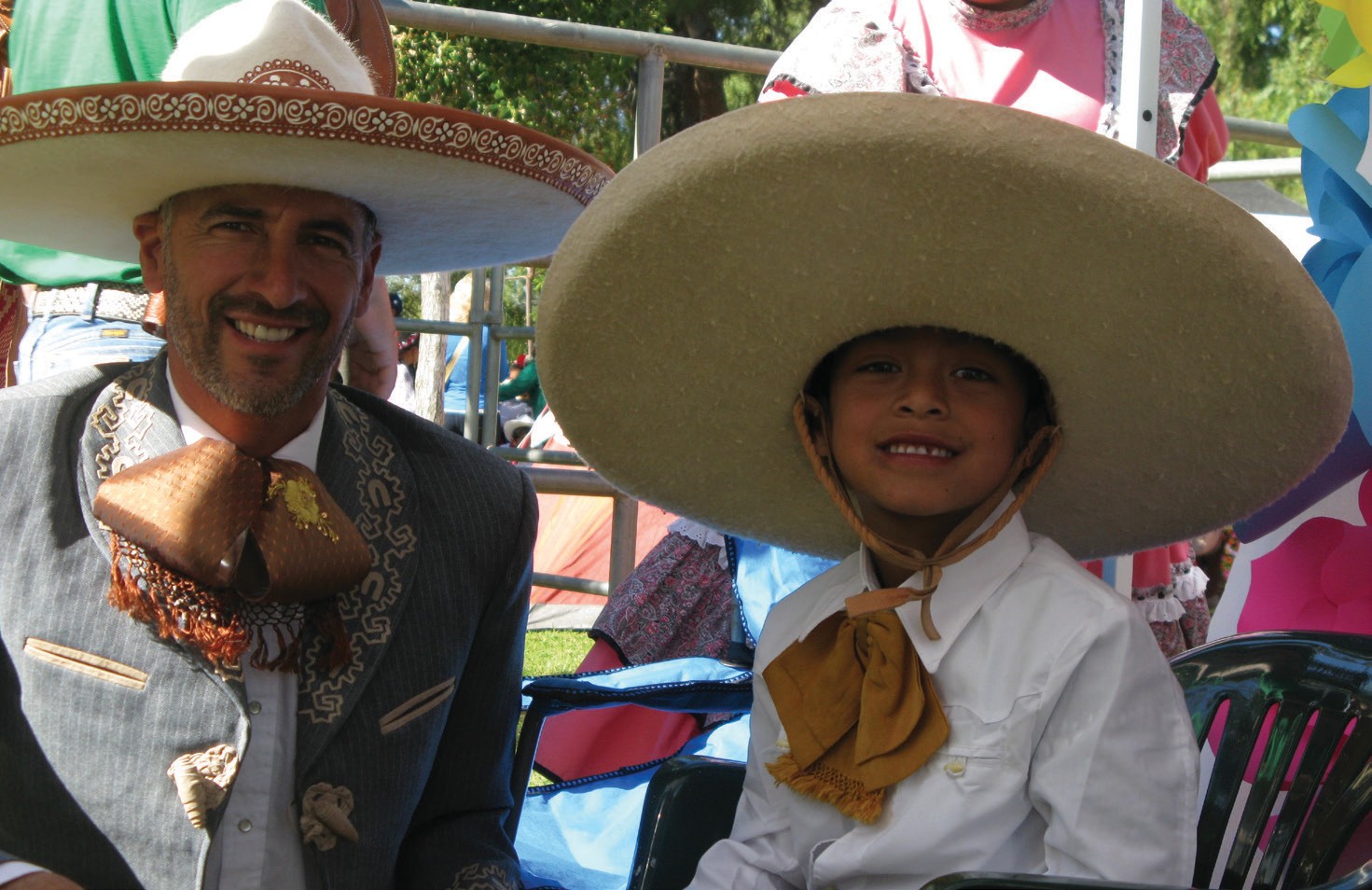 “In creating modern maize from this unpromising plant (teosinte), In­dians performed a feat so improb­able that archeologists and biologists argued for decades over how it was achieved.” from Charles Mann’s book “1491”

The First Annual Escondido Ta­male Festival at Grape Day Park was a smashing success by all accounts.

It must have something to do with the 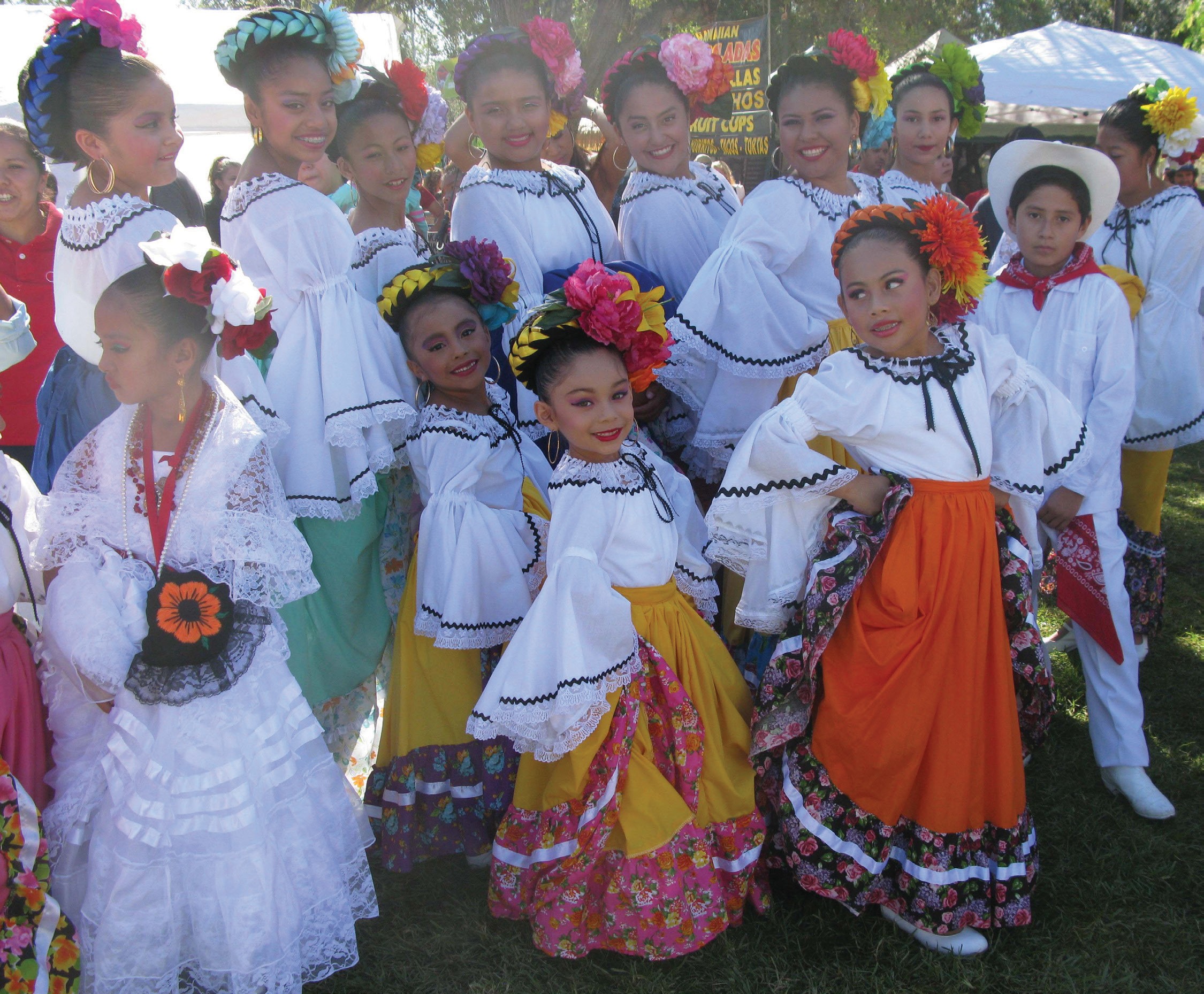 The dancers of Tradicion Mexicana USA, Maribel Ramirez, director, await their call to perform on the Grande Stage at last Saturday’s First Annual Tamale Fest. The event was promoted by the Escondido Downtown Busi­ness Association. All photos by Doug Ross.

power of what we call “corn.” Ev­erybody seems to love of the choice-of- meat or -sweet steamed creations.

The tamale is simply an entire cul­ture wrapped in corn-shucks.

Last Saturday, Alex MacLachlan, president of the Escondido Downtown Business Association, surrounded by vendors’ booths, charros and dancers in costume, traditional Mexican music and a horde of other people, said as 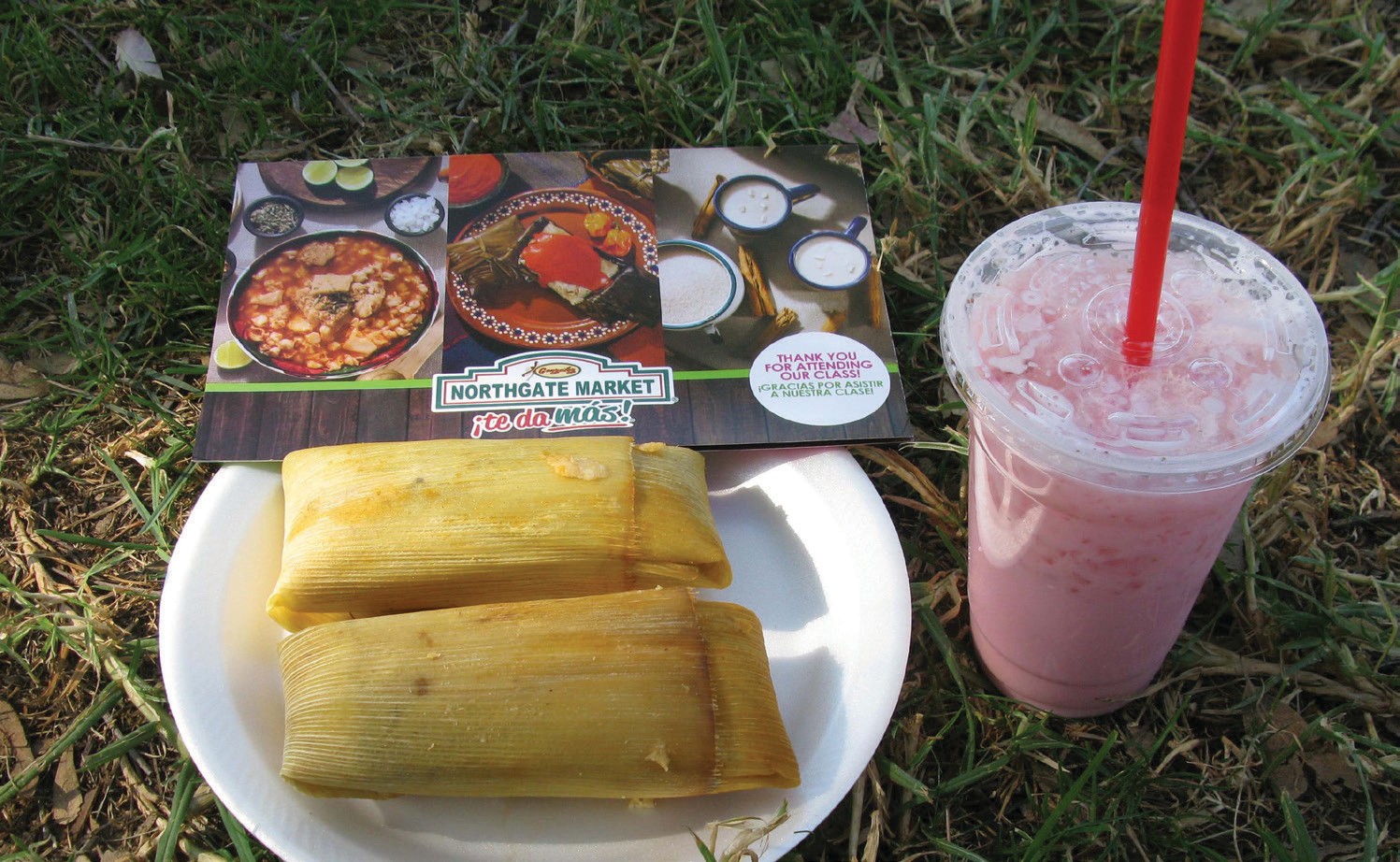 The tamale (and delicious “Fresas” or strawberry drink) is an expression of the mixed culture of the American Southwest, a composition of Indian corn and ancient Mexican cuisine. The wrapped treat has enraptured hungry Californios of all persuasions.

“In the last few weeks there were 4,000 visits to our website and we got over 1,000 likes on our Facebook page so we knew it was going to be a blow­out,” he said.

The business association had pre­dicted a crowd of about 5,000. “But we knew that because it celebrates Latino culture we felt it would be much 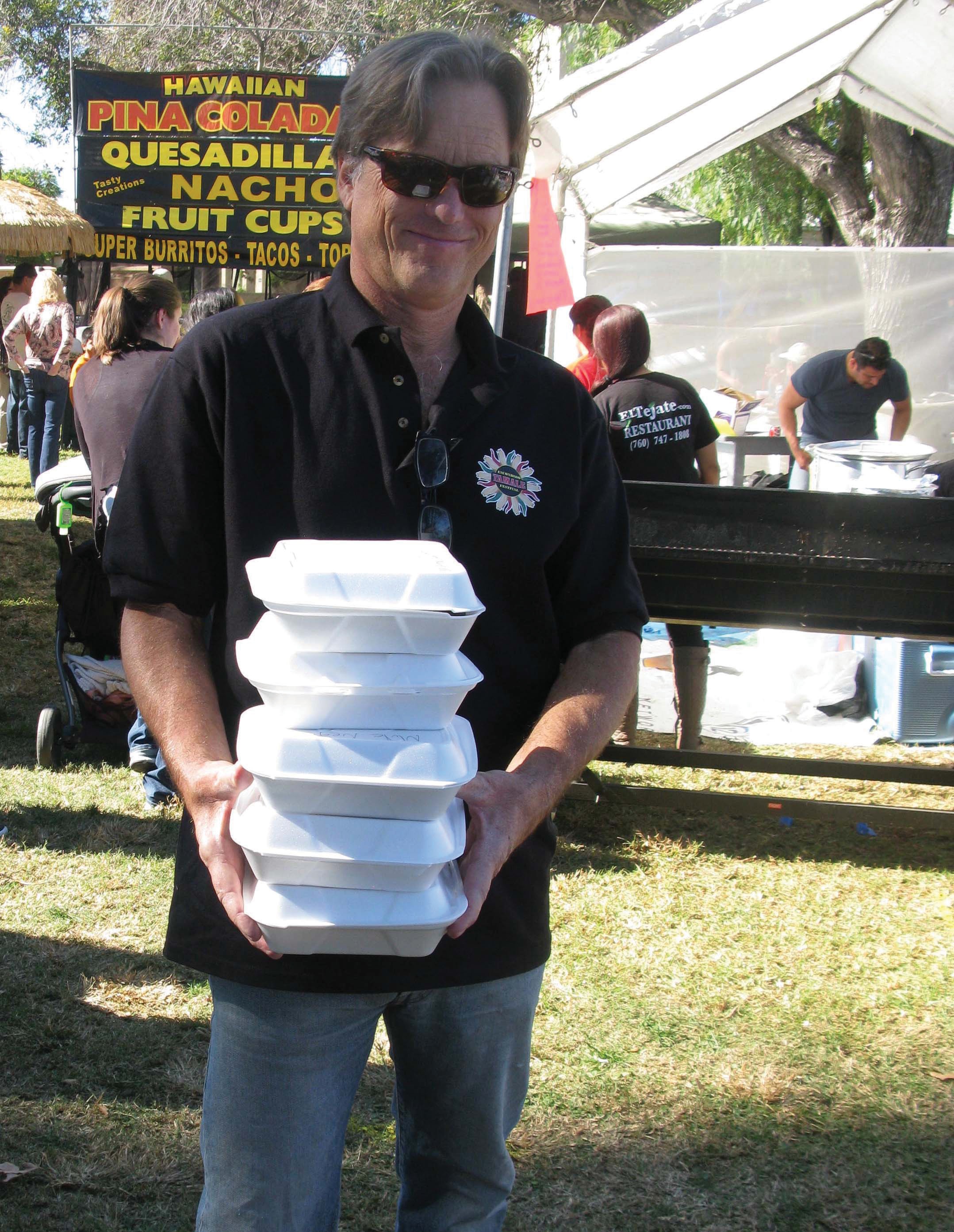 At 11 a.m. the line for the Gonzalez Northgate Market tamales and other Mexican treats was 20 yards long. The line for Gourmet Tamales, opposite the Gonzalez booth, was even longer.

The Northgate booth had only sweet- corn tamales for a time 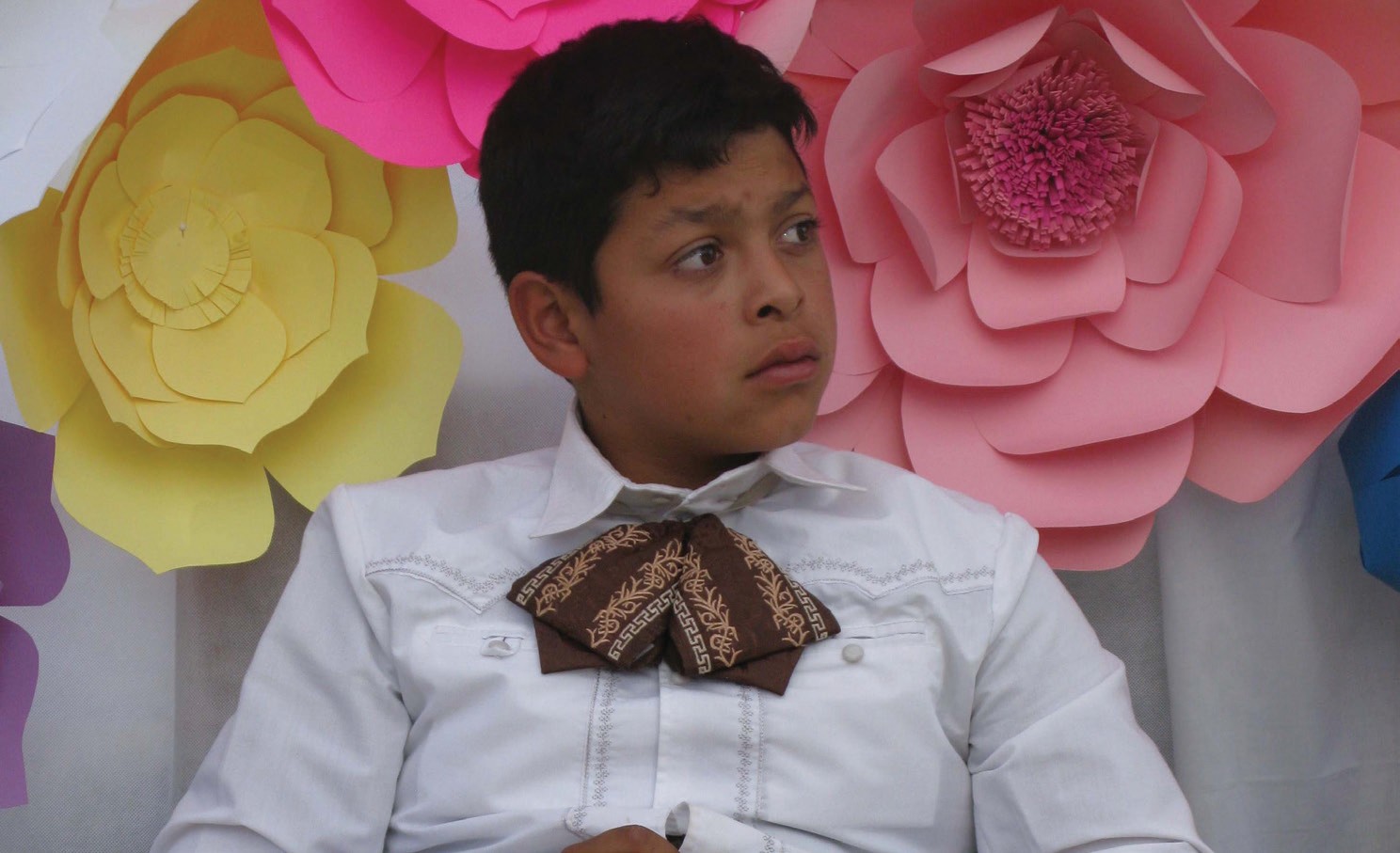 and promised customers that they were getting a fresh shipment of beef, carnitas or chicken- centered treats.

Meanwhile the dolled-up women of Tradicion Mexicana USA, were danc­ing traditional folklorico on the Grande Stage.

At 1 p.m. Herencia Charra took the stage and danced and Tony Munoz did rope tricks for the first time in six years