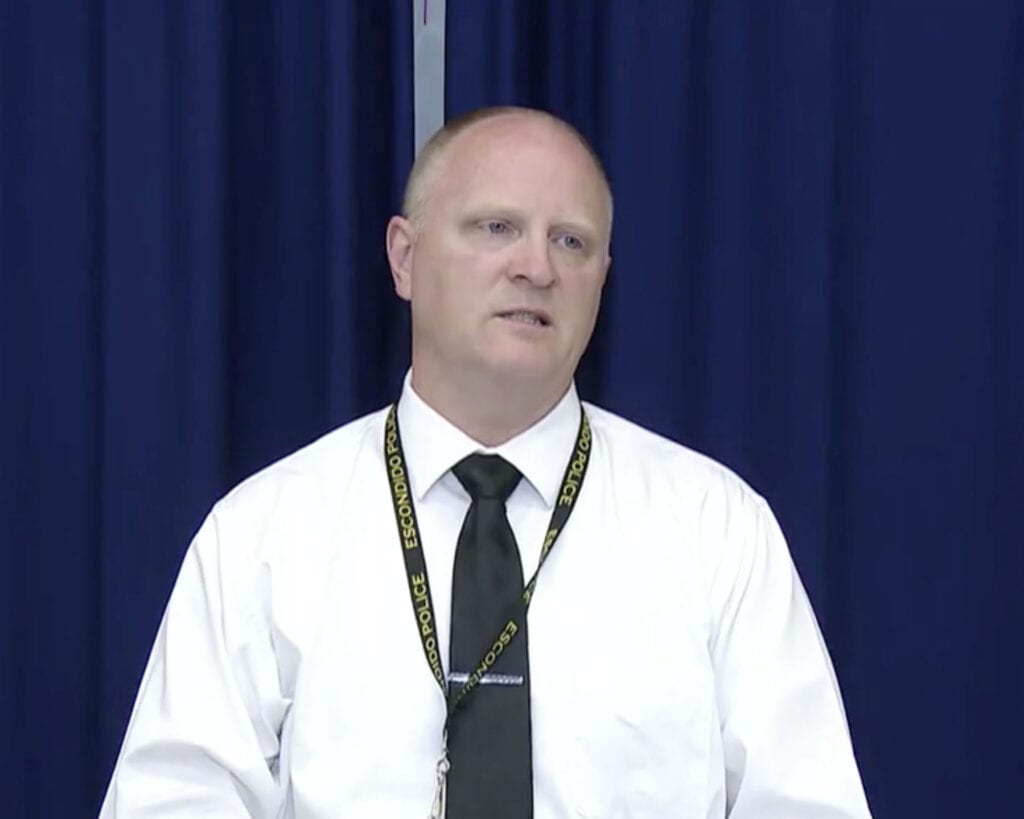 A man who stormed out of his Escondido apartment with an AR-15 style rifle early Monday morning—and after the mother of his two children called 911—was discovered by Escondido Police  about 15 minutes later. The man shot an officer and fled on foot into the Reidy Creek area. Discovered four hours later in an abandoned apartment— with officers closing in, Anastasio Rosas Jr., 27, took his own life.

February 22, at about 2:47 a.m., the EPD was called to the 1300 block of Morning View Drive in response to a report of a domestic violence disturbance. Officers learned that the man involved in the disturbance had left his residence with a rifle and driven off.

At about 3:03 a.m. officers found the driver in the area of the Reidy Creek south of Lincoln Avenue, near the community garden. A shooting occurred, and an EPD officer was shot. The ASTREA helicopter began circling the area warning residents about the manhunt—something it continued to do for several hours.

In a press conference Monday afternoon at the EPD headquarters, Capt. Justin Murphy gave reporters details of the incident.  He described how the woman called 911 after she and, Rosas, had been in an altercation. Rosas didn’t hurt her, although he did shove her out of the way as he exited the apartment with a “black assault type rifle.”

Note: Although there is no such weapon as an “assault rifle” it is a common term when people mean a weapon such as an AR-15.

Murphy told reporters: “When two officers responded to the call, they began to search. At the dead end of Morning View Drive, one quarter mile away, they located a vehicle with person seated.” As one car blocked his front and the other car came around to block his rear, “Rojas exited the driver’s side and fired at least one shot. The bullet when through the metal door and hit the officer while he was still seated.”

“The cars were next to each other,” said Murphy. “It happened so fast the officers didn’t have time to pull their weapons. It was that fast.”

The suspect ran south down Hwy 78. At that point probably the most urgent signal known in law enforcement was broadcast: “Officer needs help.”  As Murphy described it, “Anytime you hear that a police officer is shot. That’s the number one thing.” 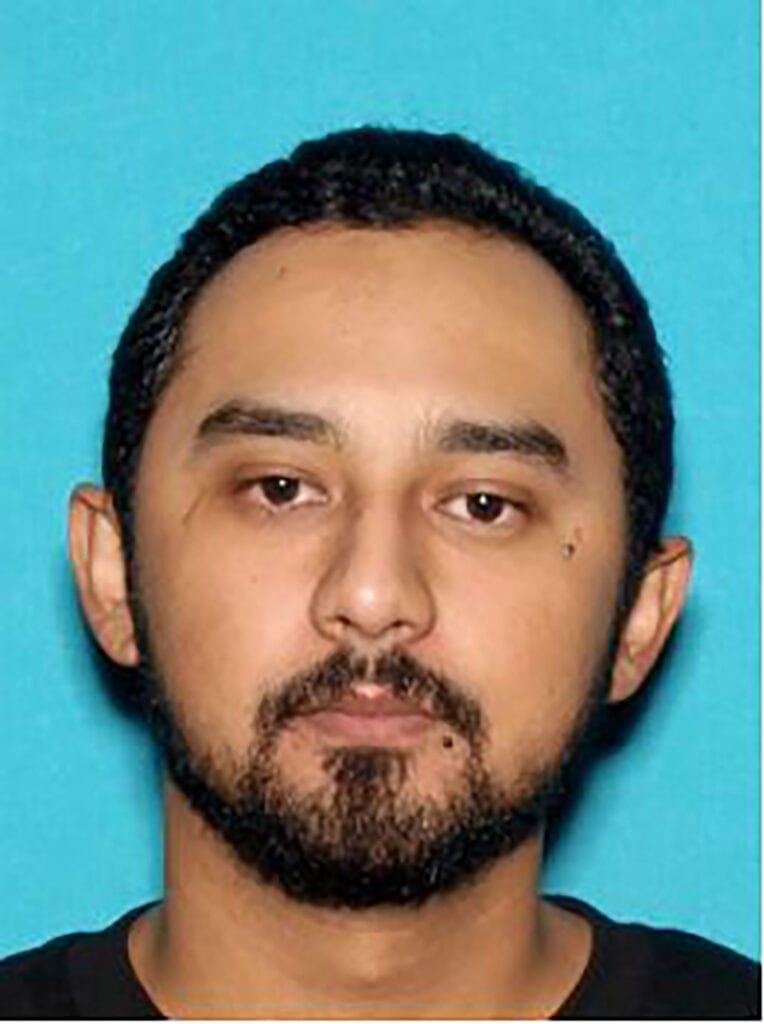 Multiple agencies sent help, and three SWAT (Special Weapons and Tactics) teams from Escondido, Carlsbad and the Sheriff’s Department, fanned out in the area.

“The officer was evacuated to Escondido Police HQ’s parking lot, from where he was taken to Palomar Medical Center,” said Murphy. “Once we know that, it’s to work, to find the person, make sure the community is safe and get the officer back to work. He should make a full recovery and we are so grateful.”

The officer, whom Lt. Murphy did not identify, is a sergeant, and a 12-year veteran of the force. He was shot in the left buttocks. The injury was not life-threatening. No officers fired their weapons during the incident.

Around 7:45 p.m. a worker confronted Rosas, who was hiding at an unoccupied apartment on the 700 block West Lincoln Avenue a few blocks away from the shooting and then alerted the authorities. Police tactical units surrounded the apartment and they heard a shot. A robot was dispatched into the apartment and found Rosas dead.

Lt. Murphy took questions from reporters. One asked if the mother had been injured. She was not, he said. There was just some “minor pushing.” Apparently the argument between Rosas and the mother of his two children was a regular occurrence and their relationship was on again, off again. The children were not part of the dispute.

In that event, asked a reporter, why did she call the police?

“His behavior,” said Murphy, “and his grabbing the gun, caused her to call us. She was concerned that he was going outside with a gun.”

Rosas did not have a criminal record, except for one misdemeanor arrest, said Lt. Murphy.

A reporter asked how officers “restrain themselves” when a member of their fraternity is shot.

“We are professionals,” Murphy answered. “We train extensively and we hire from the best of the public. We do things properly and we do things legally. If there is a threat to us we will do things appropriately. We still have to do our job professionally and the Escondido Police Department prides itself on that.”

Asked if the gun was registered and what type it was, Lt. Murphy said it was an AR-15 style. “We are waiting on a warrant so we haven’t run the numbers on the gun.” He said it was fairly certain it was the same gun Rosas had gone out the door with.

Murphy was asked why the wounded officer was brought back to police headquarters instead of being put on an ambulance at the scene. He said the parking lot was accessible by a dirt road near the scene where the officer was shot. This was a better choice because it was a safe location, he said.

Murphy added, “Every time I hear about an officer being shot, killed, whatever—it’s personal. But then you go about your business.” He described the wounded officer as “a great guy with a great personality. He wanted to come back to work after he was treated. We said no.” The bullet went in and out of one of the butt checks but didn’t do major damage, he said.

During the four hour drama, with officers knowing they were dealing with someone willing to shoot a policeman, and who was close to a freeway, there was “a sea of red and blue lights. We had officers everywhere.”