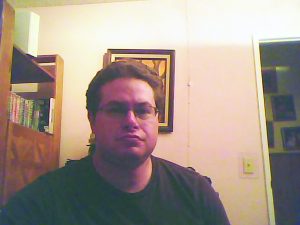 Friday morning a man who is a suspect in the death of his mother was shot by an officer who was responding to investigate the death of 70-year old Elizabeth “Betty Seitz.”

On Friday at 7:06 a.m. officers from the Escondido Police Department arrived at the residence of 330 James St. to investigate the death of Mrs. Seitz.  Her son, 40 year old Damon Arthur Seitz, lived at the residence with Betty and was at the location when police arrived.

At 7:50 a.m. as officers were continuing their investigation, Damon suddenly and without provocation removed a handgun from his pocket and confronted one officer.  That officer, fearing for his life, drew his department-issued sidearm and fired at Damon, striking him several times.  Officers immediately began life-saving measures and called for paramedics to respond.

Escondido Fire Department paramedics transported Damon Seitz to Palomar Hospital for treatment, but at 8:29 a.m. he succumbed to his injuries.

A warrant was obtained and served at the residence, and several items were recovered.  The handgun that was in Damon Seitz’s hand at the time of the altercation was a Sig-Sauer 9mm; it was loaded with six rounds in the magazine and one round in the chamber, with the hammer in the cocked position.

Also removed from the home were 20 rifles, seven shotguns and eight handguns.  All firearms and other evidence were impounded at the Escondido Police Department for proper disposition.

The officer involved in the shooting of Damon Seitz at 330 James St on March 10, is officer Jason White.  White is a 10-year veteran of the Escondido Police Department and currently assigned to the Patrol Division.  Officer White is a Field Training Officer and has spent several years on the Emergency Negotiations Team.  The officer is on paid administrative leave pending the final results of the investigation.  Once the investigation is completed, the case will be forwarded to the District Attorney’s Office for final review.

Autopsies are being conducted by the County Medical Examiner and those results are pending at this time.  Anyone with information regarding this investigation is asked to contact Detective Ross Umstot at (760) 839-4463, or leave an anonymous tip at 760-743-TIPS (8477).