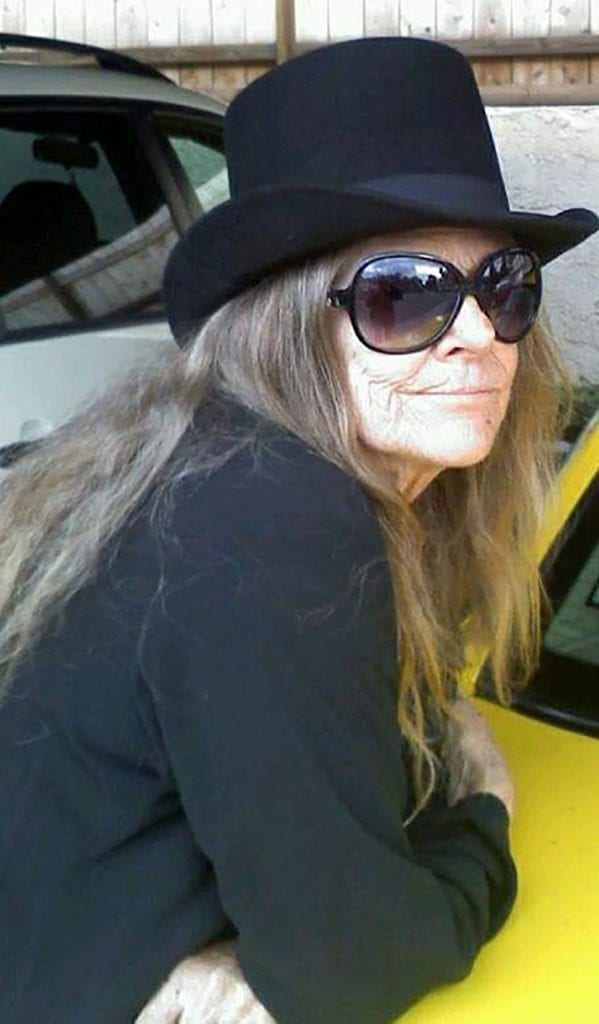 She was a “Hippie Chick” or “Cab Lady” to some but she was a friend to all. She is now free to fly with Janis and Jimi … She is survived by her eldest daughter Dorianna Hurtado and grandson Richard Syrus Chairez; son Ruggy Joesten; youngest daughter Chelsea Joesten and second husband “Joe” Joesten; brothers, Jim Crane, Chuck Stackhouse and Robert Socin. She was preceded by her mother, Lydia Crane and father, George Crane; brother, Hugh Stackhouse; sister, Janet Neil; and first husband, Richard “Goofy” Hurtado. A graveside service will be held on July 11 at 1 p.m. at Oakhill Park Cemetery with a singer.