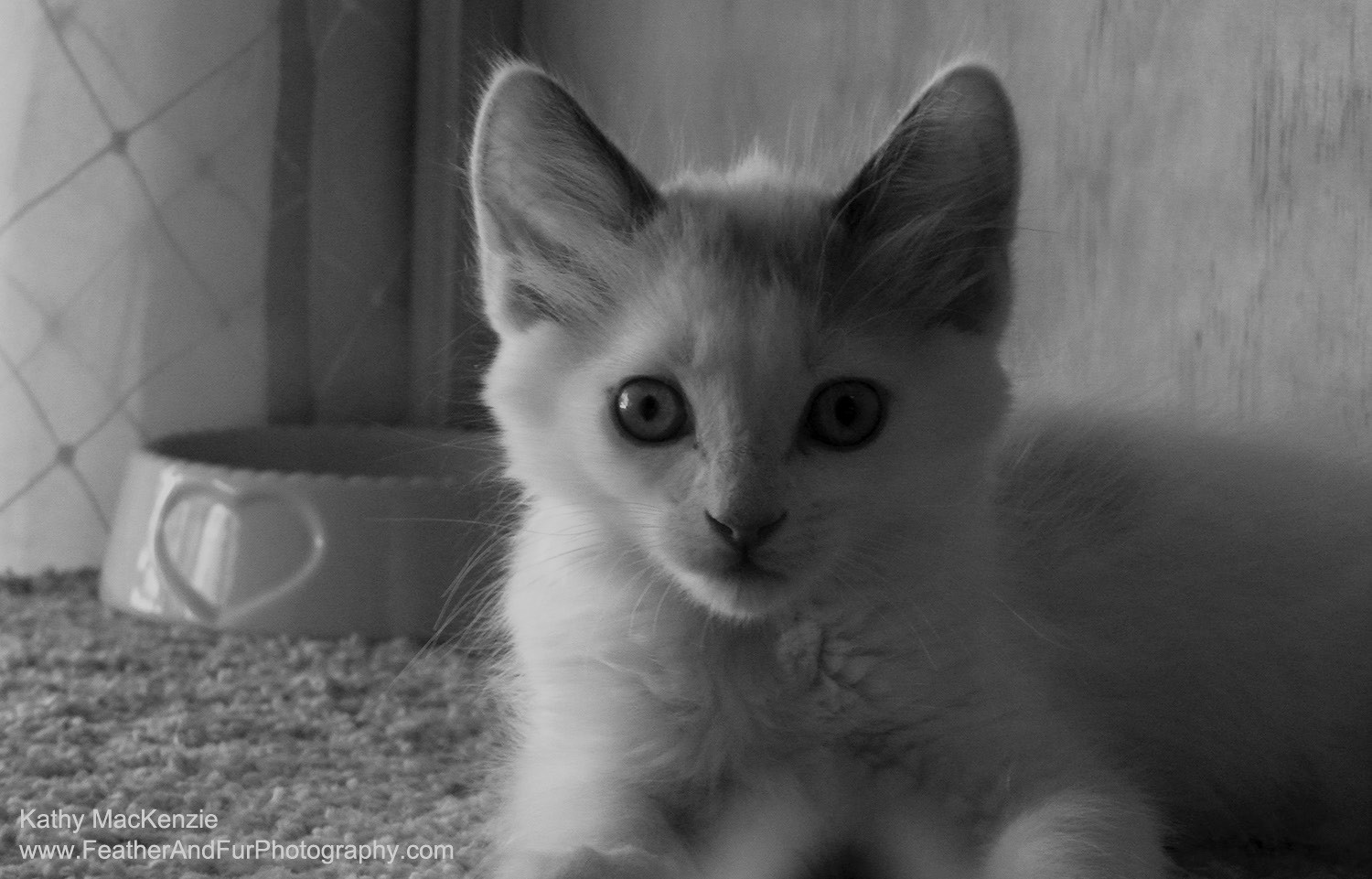 A photo of Chaz – the one who almost didn’t make it. Photo by Kathy MacKenzie

Chaz, Prince, Mattie and Molly are very lucky to be alive. For being only nine weeks old, they’ve already beaten the odds.

Several weeks ago, Suzanne and Jack Hawthorne, Valley Center resi­dents and owners of Tool Shed Equip­ment in Escondido, lent their boat to their friends.

Unbeknownst to them, a feral cat had given birth to five kittens under the boat’s cover a few weeks earlier. It was not until the friends were out on the water of Lake Mead near Las Ve­gas, did they start hearing little “mew” sounds. To their amazement, they dis­covered five little kittens. The mother was not onboard.

Unfortunately, one of the kittens had already passed, and the other four were not in great shape. They immediately headed to shore and drove the five- hour trip back to Valley Center to the Hawthornes.

The Hawthornes immediately took the ailing kittens to A Cat’s View Veter­inary Hospital on Valley Center Drive. Dr. Nancy Matthews determined of the remaining kittens, there were two boys and two girls. Upon further examina­tion she determined approximately five days had passed since the felines had food or water. The two female kit­tens were malnourished and dehydrat­ed, yet alert, so they got the food and water they desperately needed.

The male cats, unfortunately needed a lot more than just food and water. By the time they had reached the vet, both of the boys had sadly slipped into a coma. Their body temperatures were low, they were not responsive, and it just didn’t look good for either one of them.

The staff put all they had into sav­ing these little fur balls by giving them fluids, medications, keeping them warm and syringe feeding. Sometime between four and five hours later, the first little guy, Prince, came out of the coma. And he was hungry! However, Chaz still lingered at heaven’s door. Then, about an hour later, his eyes opened, he sat up and immediately starting sucking on a bottle! All four kittens were now out of the woods.

When the kittens were stable, The Hawthornes picked them up and took them home to nourish, love and watch over them until they were old enough to find “forever” homes.

Now at 9 weeks old, these adorable kittens are ready for their new owners. Stop by A Cat’s View Hospital located at 29115 Valley Center Rd. Suites A & B in Valley Center to pick out one, two, three or all four of these precious, playful and very lucky cats to bring into your family.