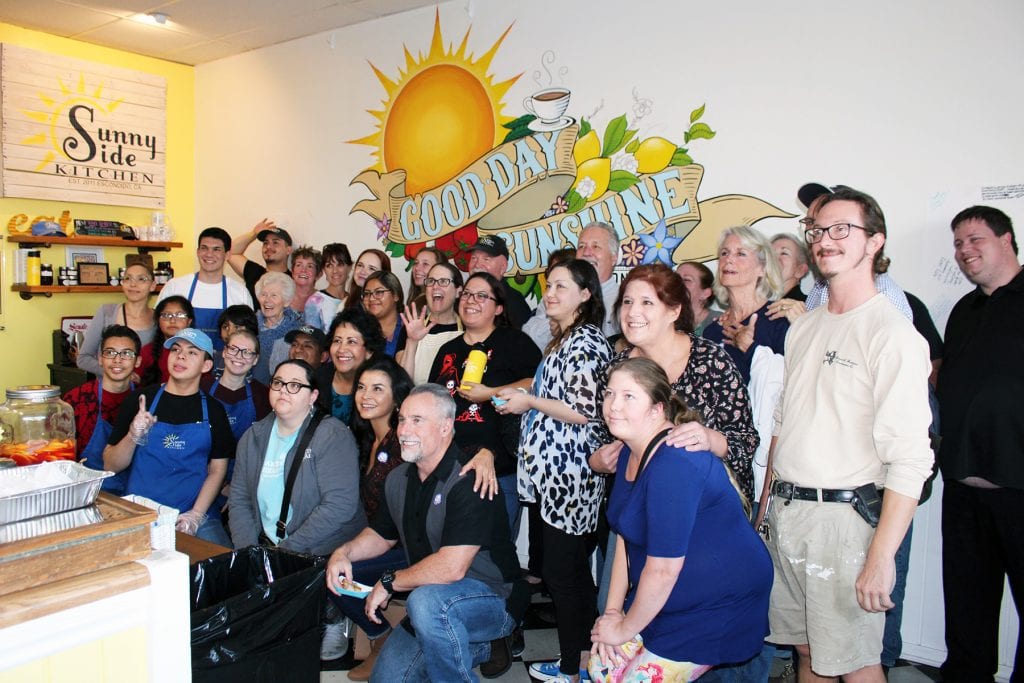 Guests at the Sunny Side Kitchen fifth anniversary party pose in front of the new mural.

Sunny Side Kitchen held a celebration for friends and well-wishers to mark the fifth anniversary of the popular breakfast and lunch stop, which is located on Orange Avenue near Second.

Bob & Kate Carpenter were joined by more than 50 folks, who had a little difficulty fitting into the modestly-sized eatery, which on normal days doesn’t usually have more than 20 people sitting at a time, both indoors and on the patio.

They unveiled a mural on the wall and Kate told the guests that for years customers have been urging them to move to a larger location. “We put the mural here to show that we love it right where we are and this is where we plan to stay,” she said. “This size suits us just fine!” 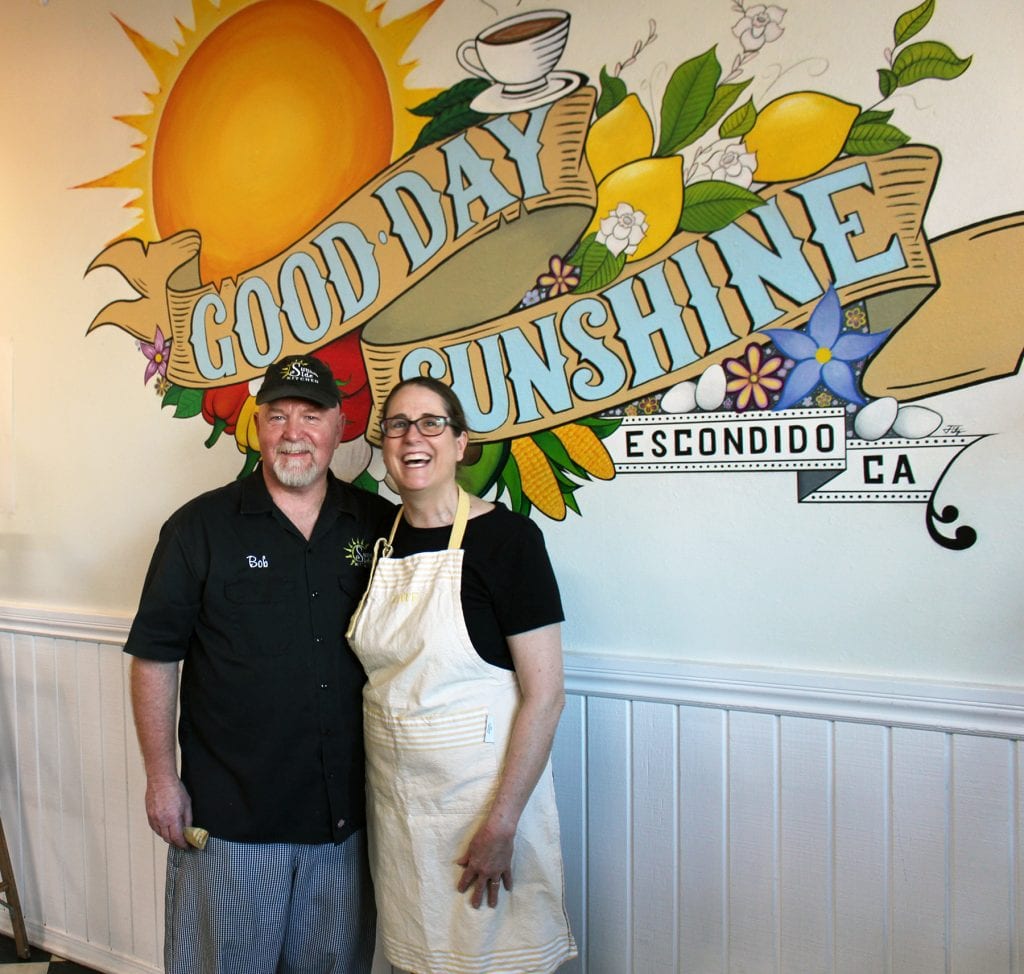 Sunny Side Kitchen owners Bob & Kate Carpenter in front of the new mural that they had painted to show that they plan to stay at the location where they opened five years ago.