‘Suicide Squad’: Doesn’t live up to the anticipation 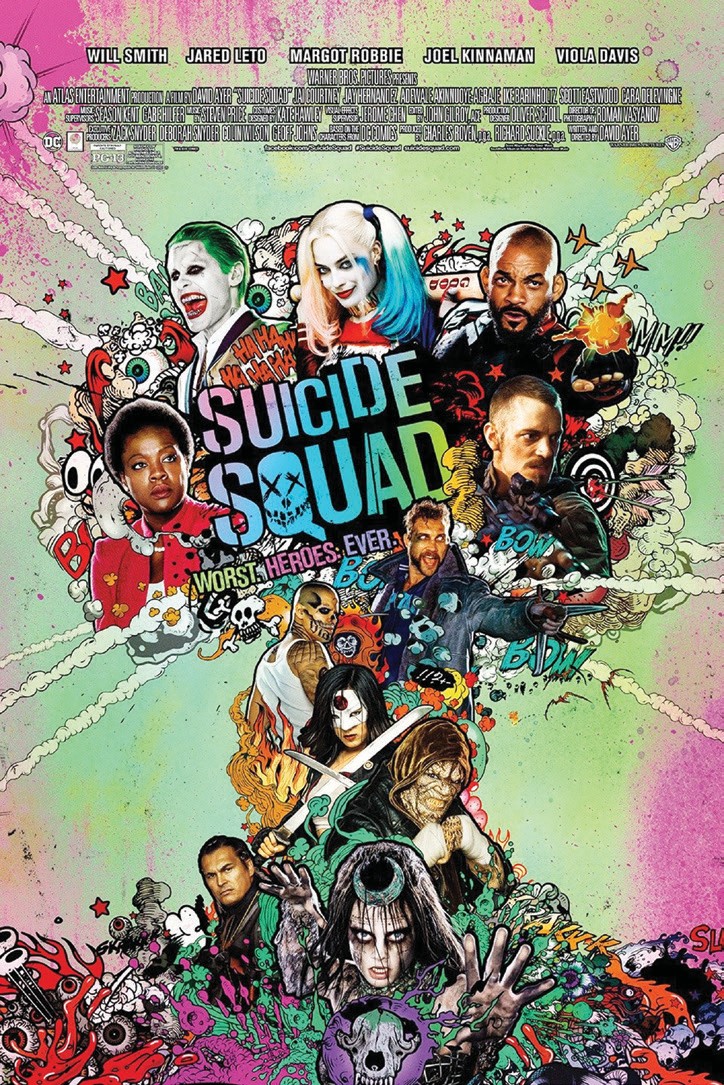 Simply put, “Suicide Squad” was my most anticipated movie of 2016. I’m a big fan of Batman, but I’m a bigger fan of his rogues’ gallery – his collection of colorful recurring vil­lains. “Suicide Squad” brings us not one, not two, but three of those char­acters. We’ve got The Joker, one of the most iconic villains in all of pop culture, played by Academy Award winner Jared Leto. We’ve got Harley Quinn, the Joker’s lover and comple­ment, played by Margot Robbie, pos­sibly my favorite actress of her gen­eration.

We’ve also got reptile-themed strongman Killer Croc (Adewale Akinnuoye-Agbaje), a lower-tier threat who has nonetheless given Bat­man a few memorable outings. As if that wasn’t enough, the cast features box office champion Will Smith and the incapable-of-doing-wrong Viola Davis. This movie would get five stars for its casting alone were it not for the presence of “Robocop” washout Joel Kinnaman and notorious franchise- poisoner Jai Courtney.

All have done bad things, some want to be better people, most are interested in saving the world if it includes them, and all want time off their prison sen­tences. That’s why they band together under Captain Rick Flag (Kinnaman) to battle Enchantress (Cara Delev­ingne), an ancient South American goddess possessing the body of Flag’s archeologist girlfriend and trying to enslave the world.

Surprisingly (or perhaps not, given how much weight I’ve put on their shoulders), my biggest problems with the movie have to do with Harley and The Joker. First of all, why is Har­ley on the team? The Suicide Squad specializes in straightforward attacks where they can take out evil armies en masse. It makes sense to have mem­bers who can shoot, torch, and pum­mel a lot of enemies at once. Harley is good at one-on-one fighting and her strange mindset might make her a good choice for specialized missions that require her to get into enemies’ heads. But I don’t see why Waller would think she fits in with this glori­fied assault team.

As for The Joker, he needs to be the embodiment of craziness and chaos. There are hints of that in scenes where he interacts with Harley, but too of­ten he just seems like a standard gang leader with a clown theme. He also has little relevance to the story outside of flashbacks. He makes a play to ab­duct Harley from the Squad, it fails, but we know he’s not really gone. Bat­man villains simply do not die by dis­appearing in explosions.

My other complaints about “Suicide Squad” are complaints I have too of­ten about action movies. The action scenes are muddied, the editing un­convincingly conceals weaknesses in the filmmakers’ abilities, the dialogue gets flat at times (they couldn’t come up with something more creative for a key scene than “You hurt my friends!”?), the characters’ backsto­ries are rushed and their motivations are inconsistent.

I am not going to complain about the presence of Jai Courtney and Joel Kinnaman, they’re about as interest­ing as anyone else in this movie. Ev­ery now and then there’ll be a decent one-liner (the usually-dense Croc gets some good ones) and I like that the movie wants to look like a cheesy carnival ride with neon everywhere, but this movie blows nearly every op­portunity, and it’s presented with so many. The sad thing is that despite its pretty thorough awfulness, relatively speaking it’s actually the best movie from the joke that is the DC Extended Universe.

“Suicide Squad” is rated PG-13 for sequences of violence and action throughout, disturbing behavior, sug­gestive content and language through­out. Its running time is 123 minutes.