Suicide at the Hacienda Motel; SWAT responds to gunshots 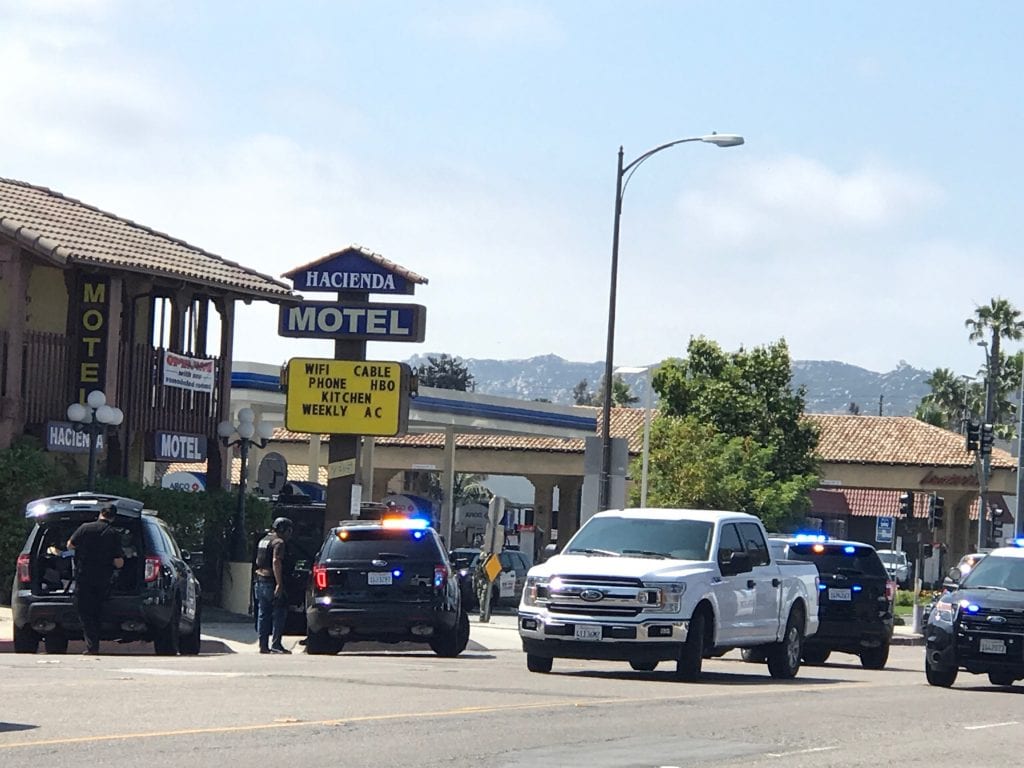 An unidentified man who had barricaded himself in room 18 of the Hacienda Motel on Broadway Avenue Tuesday afternoon apparently ended his own life with two shot as police were arriving to answer a call from the motel management that a man who wasn’t supposed to be in the room had refused to leave.

According to Escondido Police Lt. Scott Walters, the police received a phone call about 2:05  p.m. reporting a subject inside one of the rooms who wasn’t supposed to be there. Apparently the man was supposed to have checked out but didn’t.

“We’re not sure whether the man who rented the room was the same one who was there when the call came,” Walters told the Times-Advocate.

Officers responded to the call and knocked on the door of the room. Through the door the man told them he had a gun and threatened to shoot. The officers backed away and then reported hearing two gun shots.

SWAT, including the EPD’s Bearcat armored vehicle, arrived on the scene and for four hours officers attempted to communicate with the suspect.

Eventually officers used a battering ram to break open the door. They found the suspect dead from the gunshots.

The family of the man were at the Escondido Chamber of Commerce office, which was across the street from the scene.

The public is being asked to stay away from the scene as the police will be conducting an investigation.