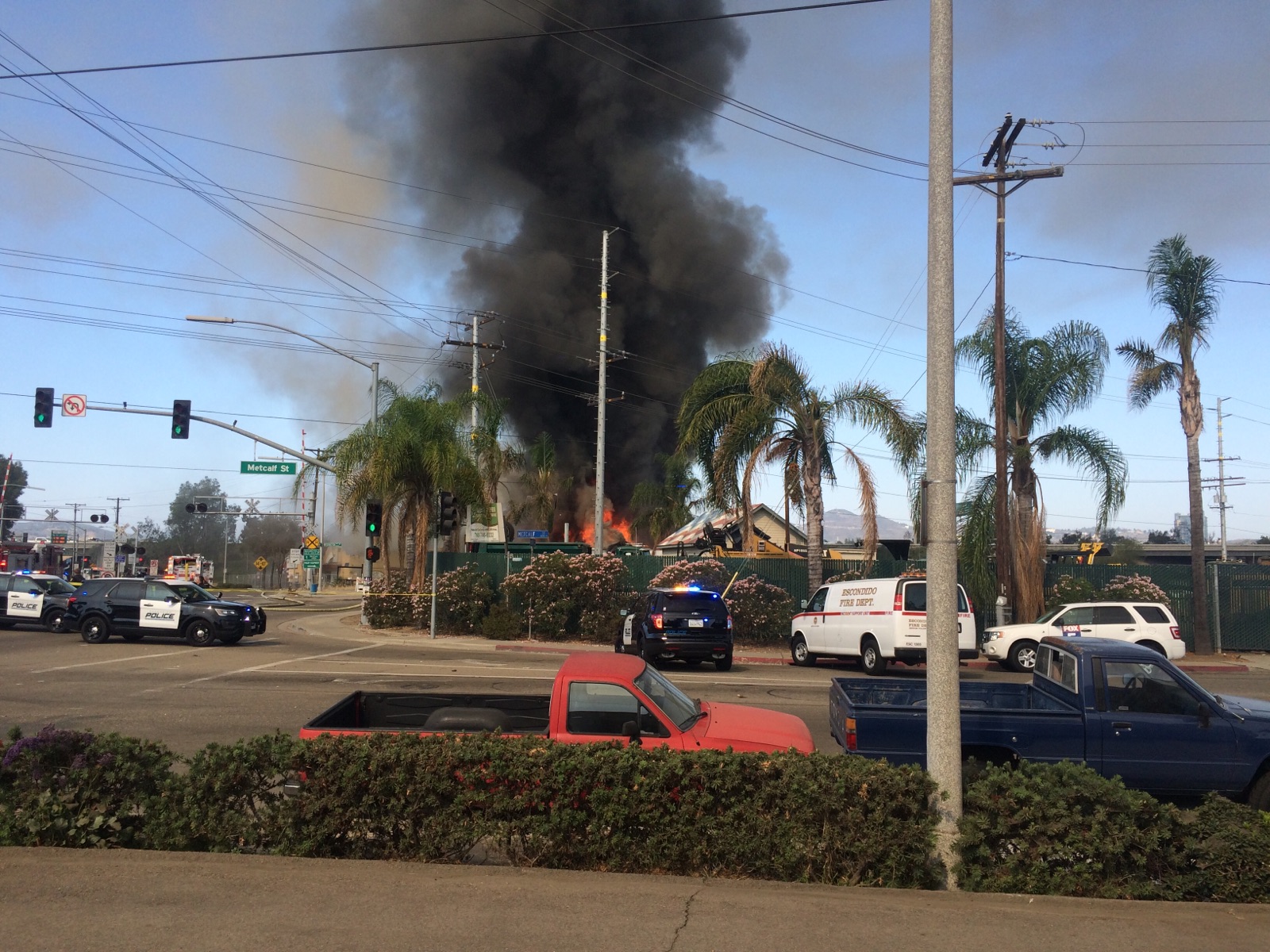 Fire broke out this morning at the abandoned Talone’s Meat Market at 559 N. Hale Avenue in Escondido.  The Escondido Fire Department was dispatched at 8:52 a.m. and found the fire had already broken through the roof.  The four-alarm fire is still active and officials expect to remain on scene for at least another five hours.

Motorists are advised to avoid the area due to numerous road closures in the vicinity. The Sprinter Light Rail has been shut down between the Escondido Transit Center and the Nordahl Station.  North County Transit District is providing bus services for customers between those two stations.  San Diego Gas and Electric has also shut down power in the area which is affecting businesses located on Hale Avenue between Metcalf Avenue and Auto Park Way and from Hale Avenue south to Valley Parkway.

It is too early to determine the cause of the fire, but an investigation will get underway once it is safe for fire fighters to enter the building.

Escondido Fire officials are continuing to mop up after this morning’s fire at the abandoned Talone’s Meat Market at 559 N. Hale Avenue in Escondido.  Power has been restored to the affected area.  The Sprinter will be reopening shortly.  A short section of Hale Avenue will remain closed between the railroad tracks and Tulip Street as the mop up continues.

The Police Department is optimistic that several trespassers who were feared to have been trapped in the building managed to escape, based on reported sightings of them.  Fire officials will conduct a search on Friday to confirm no other persons were in the building. Until the structural integrity of the building is assured and the remaining hot spots are extinguished, no one will be permitted to enter the building.

Escondido Fire was supported by neighboring 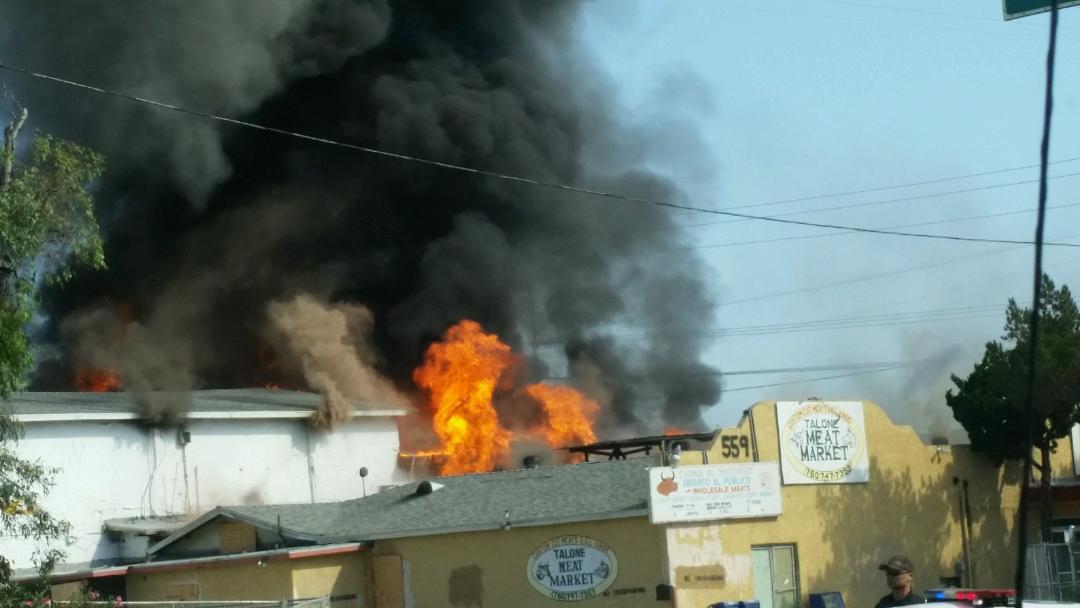 fire agencies from Carlsbad, Deer Springs, Oceanside, San Diego, San Marcos, Valley Center, and Vista. At the peak of the fire, over 96 firefighters were on scene.

The Escondido Fire Department reports that the fire at the former Talone’s Meat Market at 559 N. Hale Avenue has been controlled.  City Building officials have “red tagged” the building, declaring it to be unstable and extremely dangerous for anyone to enter. The primary concern for the scene now is safety and the property has been secured by the owner. An emergency demolition permit has been issued to the property owner and the work is scheduled to begin on Tuesday, July 5.

The cause of the fire is still under investigation. There is no estimate as to when the investigation will be completed.

Video below available on desktop