Stone Brewing the subject of film: “The Beer Jesus from America” 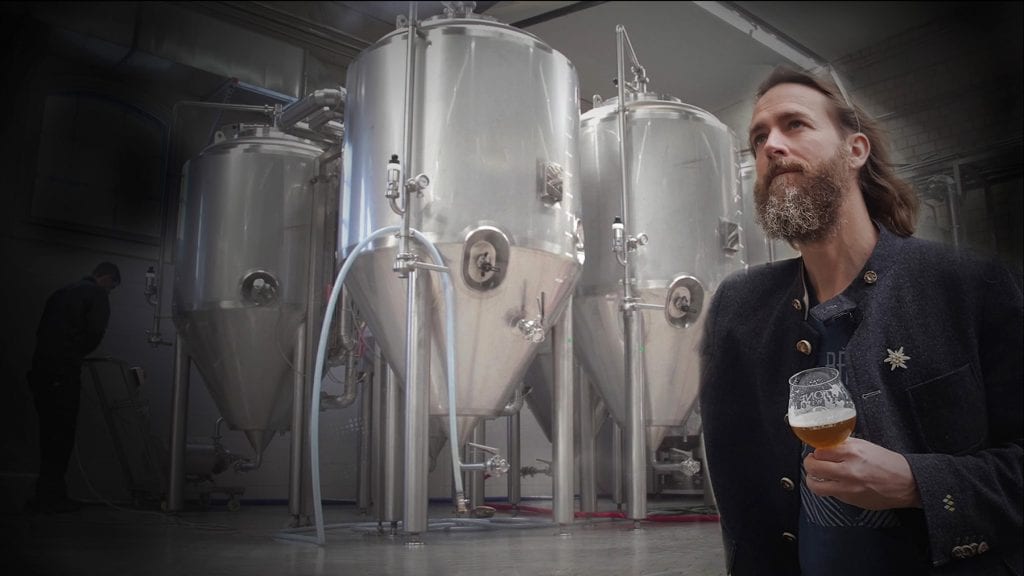 Greg Koch, co-founder of Stone Brewing, in a still from the documentary “The Beer Jesus from America” which has debuted this week.

Sweetwood Films and Stone Brewing announced this week that “The Beer Jesus From America” has made its public debut with streaming now available on Prime Video and Vimeo On Demand. The 104-minute film documents Stone’s often tumultuous journey to becoming the first American independent craft brewery to build, own and operate its own brewery in Europe. “The Beer Jesus From America” was independently produced by director Matt Sweetwood.

Stone Brewing’s rock ‘n’ roll co-founder, Greg Koch, who was nicknamed “Beer Jesus” by a Berlin tabloid newspaper, is taking his business to Germany on a mission to oppose the most beloved industrial beer in the world and join Europe’s craft beer revolution. Will he succeed? Koch must first challenge the established beer culture in a country where brewing has been restricted by the infamous 500-year-old beer Purity Law. However, in his quest to fight mass market beer, it turns out that Greg has even bigger obstacles to overcome, from struggles with bureaucracy to cultural differences and stubborn traditionalism.

Directed by Matt Sweetwood (Beerland, Forgetting Dad), “The Beer Jesus From America” follows Koch as he builds his European craft brewery from scratch in a sleepy corner of Berlin, Germany, where he faces seemingly endless challenges that threaten to end the entire project.

The film’s title stems from a 2014 article in the German tabloid newspaper, the Berliner Kurier, in which Koch made front page headlines. The newspaper’s article nicknamed him “Der Bier Jesus aus Amerika” and reported on the company’s plans to risk millions building a brewery in Germany. To Sweetwood, the name represents the misperception of who Koch really is, and he set out to tell the full story of the man and the adventure. Koch admits that he is somewhat uncomfortable with the ‘Beer Jesus’ moniker, in addition to many parts of the film, however he enjoys being able to share the story of the historic undertaking and its many challenges.

“When we set out to build the first American independent Craft Brewery in Europe, we did so with that same spark – that passion and intensity – that drove us to offer something different in the US back in 1996,” explained Koch. “This film captures the trials, challenges, roadblocks… and occasional triumphs of the project, but on a deeper level, it’s a story of following your heart and challenging convention.”

“The Beer Jesus From America” debuted this week on Prime Video and Vimeo On Demand.

A commemorative DVD will be available online at Shop.StoneBrewing.com in 2020.