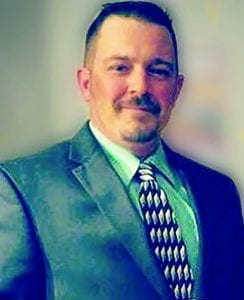 Stephen proudly served his country as an AAV Instructor in the United States Marine Corps. He was very involved in the Special Olympics, Autism Speaks, and the Patriot Guard Riders. In his free time, Stephen loved fishing, riding his motorcycle, and playing music. He was very musically talented and played in the band, Hellen Back. He was dearly loved, and will be missed by all who knew him.

Services: The family is being served by the Baue Funeral and Memorial Center, 3950 West Clay Street, St. Charles, Missouri. Visitation will be held on Wednesday, December 6, 2017 4 p.m. – 8 p.m. Funeral Service will be held on Thursday, December 7, at noon at the funeral home. Interment will be held at Robinson Cemetery in Pocahontas, Illinois.  Memorials may be made to Trust Fund for Vincent Tepatti, Autism Speaks Inc, Patriot Guard Riders, or Special Olympics. Visit Baue.com