‘Star Trek Beyond’: Not a must see unless you are a Trekkie 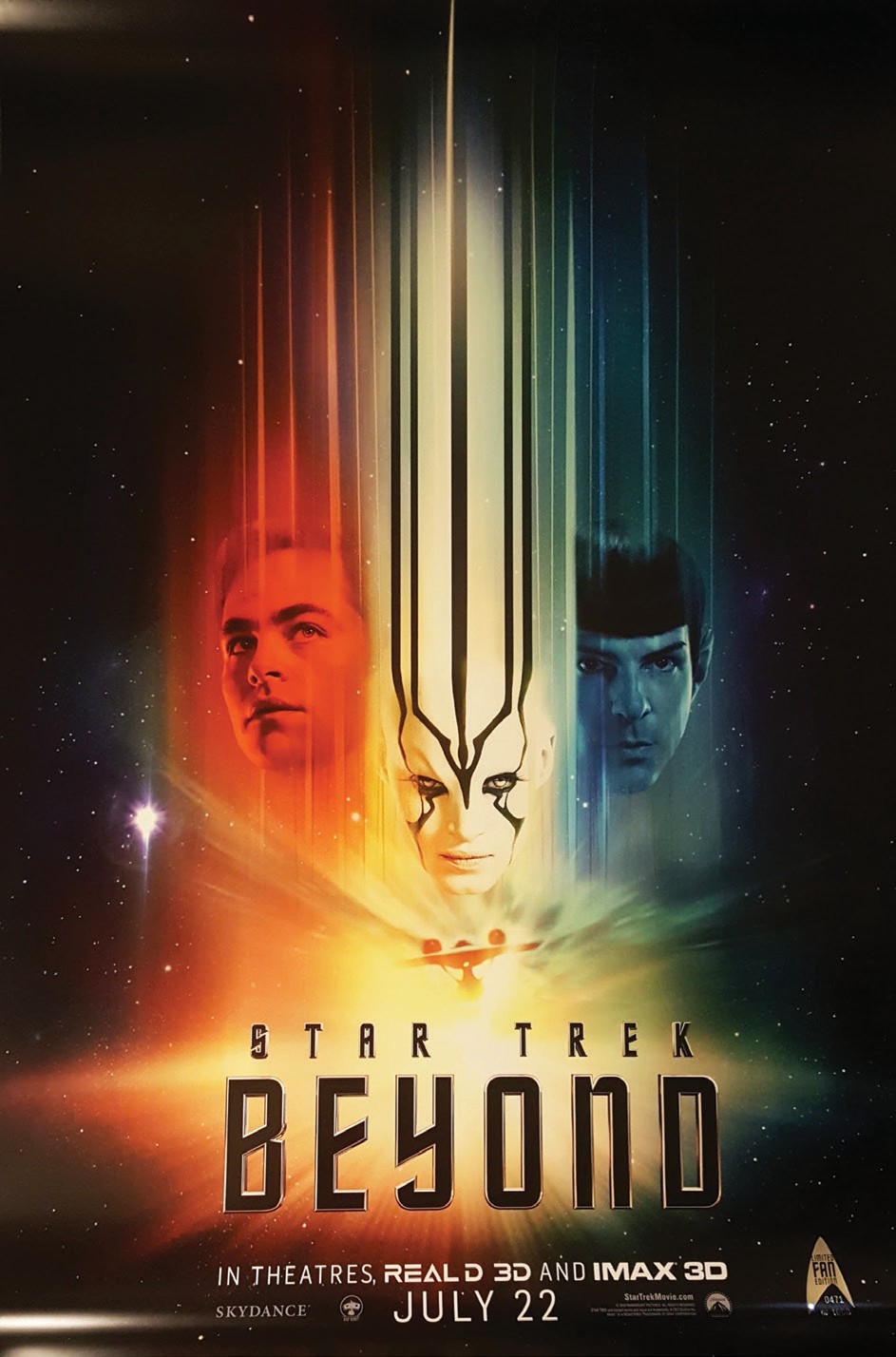 The “Star Trek” franchise turns 50 this year and is celebrating with a new film. “Star Trek Beyond” is a mediocre outing that is memorable for two reasons: it says a heartfelt goodbye to the iconic character of Spock following the 2015 death of Leonard Nimoy; and it is the final “Trek” film to feature Anton Yelchin as Pavel Chekov following the 27-year-old actor’s death last month. Spock will live on, played by Zach­ary Quinto, as both the Quinto version and Nimoy ver­sion were alive concurrently thanks to some timeline- jumping, though Quinto’s version knows exactly how much time he has left. Chekov will still be alive in fu­ture installments, because he grows up to be the Walter Koenig version of the character, but my understanding is that the role will not be recast. To review: Spock dies and will continue, Chekov lives and will not continue.

For now at least, the main crew of the starship “En­terprise” is fully assembled: the Quinto version of Spock, Chekov, Dr. McCoy (Karl Urban), Scotty (Si­mon Pegg), Sulu (John Cho), Uhura (Zoe Saldana), and of course Captain Kirk (Chris Pine). Both Kirk and Spock are considering leaving the “Enterprise,” Kirk because he’s not happy with diplomatic work, and Spock because he wants to do something more centered in Vulcan affairs. They lead the “Enterprise” in a rescue mission that sees them attacked by the evil Krall (Idris Elba). Everybody is able to eject themselves to safety on Krall’s planet before the ship is destroyed. They’re alive; but stranded, scattered, and being hunted.

Four “teams” emerge in the aftermath. McCoy tries to treat Spock following an injury. Kirk, Chekov, and a fellow survivor named Kalara (Lydia Wilson) look through the wreckage for a weapon Krall wants. Scotty meets a local scavenger named Jaylah (Sofia Boutella) and they work to repair another crashed ship. Uhura, Sulu, and the rest of the crew are taken prisoner by Krall. Krall spends most of the time as another boring, makeup-caked villain spouting cliché dialogue about the uselessness of peace and unity. I was thinking about how Idris Elba was being wasted in the role the same way Oscar Isaac was wasted as Apocalypse in the latest “X-Men” movie, but at least Elba is allowed to stretch a little toward the end. It’s not enough to “save” the character for me, but he’s kept from being truly awful.

The film does well with its performance-based scenes. All the actors have good chemistry and there’s a decent success rate with humor. The film can also boast excellent special effects and the makeup on everyone except the villains (whose facial features are a bit hel­met y) is outstanding. But the plot and action could be a lot smoother; I had a hard time following the story and characters on a number of occasions. Also, I didn’t feel the characters were going through many interest­ing arcs. There’s no point in wondering if Kirk and Spock are going to remain with Starfleet; Bones is just there to banter with Kirk and Spock (though the banter is never bad); Scotty provides expected comic relief; and Uhura, Sulu, and Chekov serve little more than a strictly functional purpose. I did like the new character of Jaylah, but even she is a pretty blatant hybrid of Rey from “Star Wars” and Neytiri from “Avatar” (and yes, I’ll make the obvious joke that it should be Uhura who reminds me of Neytiri).

“Star Trek Beyond” doesn’t do it for me. It has some funny moments, some visually impressive moments, and even some good song choices, but overall it’s too choppy and predictable. There have been worse action movies this year, but it’s not a must-see unless you’re a big fan of “Star Trek.” Then the film serves as an indis­pensable time capsule for the immediate post-Nimoy, post-Yelchin era.

“Star Trek Beyond” is rated PG-13 for sequences of sci-fi action and violence. Its running time is 120 min­utes.