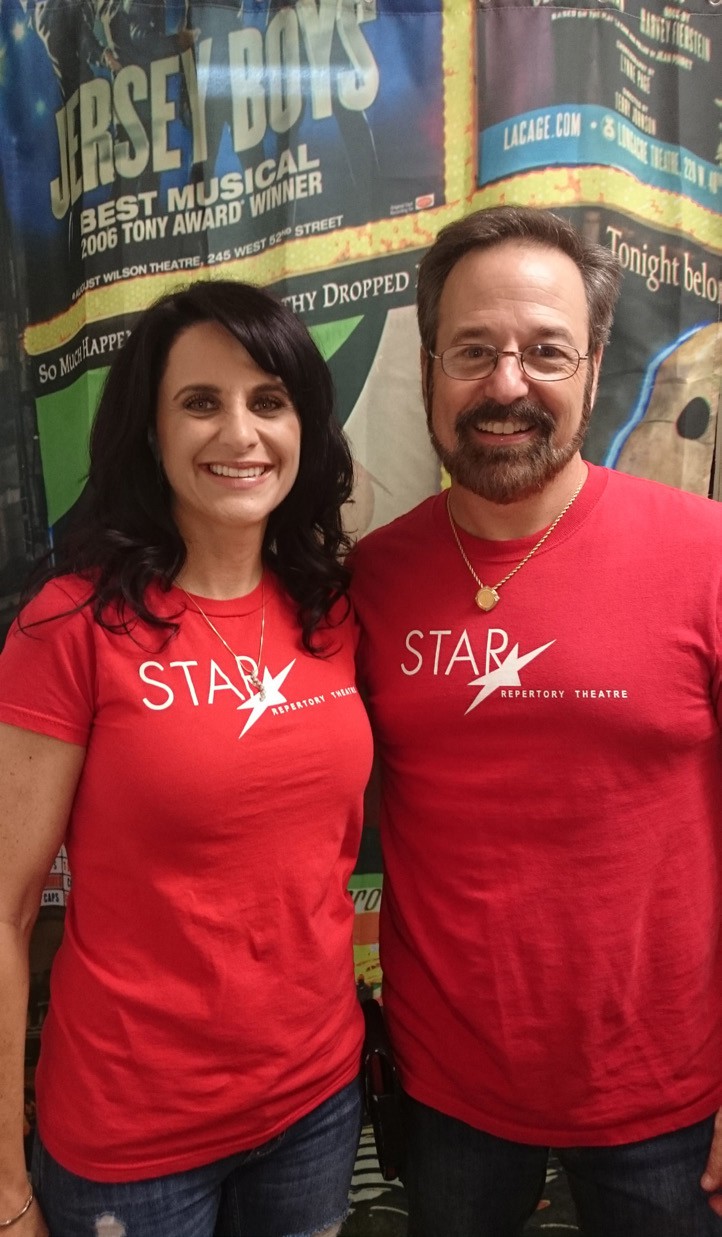 Star Repertory Theatre is a youth based program that also does adult performances but serves to teach and guide young aspiring performers in San Diego County.

Performing plays and musicals since 2012, the company has grown to range from 70-90 people.

The Escondido location at 329 E Valley Pkwy has approximately 1-2 performances in their small stage area a year which seats about 175 viewers (255 standing.) This is a considerably small venue compared to what the company is used to as they have performed in various locations around San Diego County, like the Moonlight Theatre, the Old Globe, AVO Playhouse and more.

Currently, the company has been working and performing their present show: “13 A Musical.” This performance is only for people between the ages of 12 and 14. The cast is made up of 43 young people who are part of the company and walk ons. Everyone auditions for parts for each show being cast.

Scott Kolod has been the director and COO since the group’s start: as a young performer, director, writer and producer, Kolod has been a key factor in the success of this not for profit company.

With his Bachelor’s in Science in Education from Indiana and doctorate from the University of San Diego, Kolod has formed a successful program to help people of all ages find opportunities in performance art.

Kolod started in the early 2000s with Arts on Broadway in Escondido and evolved to help form this company with his wife in 2012.

Assistant directors are incorporated in every show but who they are changes with every planned casting.

Star Repertory Theatre inspires children to be themselves and makes sure to allow them time to perform. The group operates with a full board of 13 members. The executive board and board of talent are made up of working professionals who have performed as youths and have evolved to adult performers. The Board of Talent picks adult performances for the company to focus on, while the executive board picks youth performances.

The company is entirely nonprofit and no one but the musicians are paid. Tuition is the only thing charged to the kids, while adults have costume fees.

Scott Kolod described the program as a “Fully emerging acting experience that nurtures the personalities of everyone involved.” Performers are versed in singing, dancing, choreography, and so much more.

Watching rehearsal time for “13 A Musical,” I noticed how each child contributes to a very supportive group of characters (half of which are steady performers within the group.)

One of the scenes in the musical, 13, is a cheerleaders dancing scene. “Tammy Davila, former Charger cheerleader and choreographer worked with the cast to develop that number.

Chris Bona is a Disney dance performance choreographer for other shows they have completed like ‘The Little Mermaid.’

Ben Goniea is a music director virtuoso. He has played piano and violin and has expanded to various other instruments.

“We don’t get paid, so there’s nothing in this except for utter happiness. It’s all about doing what makes you happy,” said Director, Scott Kolod. “Our mission is (1) to not be cut (2) be featured and everyone has at least one line (3) consider various shows so that the same performances aren’t played out.”

To be considered for casting, priorities of a performer’s ability are as follows: be prepared to sing, then dance, then act.

Everyone involved with Star Repertory is doing this to give back to the community.

The group has won the A List Award for San Diego three years in a row now. Cast members come from all around San Diego County to audition for parts and become part of the youth team. The next performance scheduled for the theatre group is “A Christmas Carol” and it has already been cast with a group of 30 people over the age of 21 and 5 people under 10 years old. The company accepts all ages for performance: “They have to be potty trained,” quipped Kolod, who added, “The oldest person so far that has ever been on the cast was seventy years old.”

Kolod and his son, Garrett (age 21), build the sets themselves. Garrett also acts as a crew chief. Lots of special effects are in the works for “A Christmas Carol.”

“A great deal of success stories have been coming from this group: moving on to long theatre programs, movies, and more,” said Kolod. “I just let people do what they want. I spend a lot of time making sure that everyone involved is having a good time. My wife coordinated sleepovers, beach days, and more experiences so that the kids can get to know one another and build stronger relationships.”

“We strive to be different at Star Repertory Theatre. We’ll double and triple cast to give kids opportunities,” said Meredith Kolod, CFO of Star Repertoire, “We do this for our daughter and for our love for music. She was four and we took her to see ‘Peter Pan’ and she was enamored by the entire experience and wouldn’t stop asking me when she could be on stage.

“She’s performed since the age of 5 and has done more than 45 performances since. I stage-managed and help build sets. I want Star to be a safe haven for kids. These performances help build their confidence. These kids have so much to deal with between school and family life: bullies and loss of loved ones. These performances help them to escape. The kids had a blast during our relationship building events. I just wanted to make sure they knew they had a safe-haven in this little community we’ve created,” she said.

Meredith Kolod added, “We want to give more opportunities and don’t do large fees. All the money goes towards production and venues and the rights and necessities to keep the company going.”

Star Repertory is the only theatre group that focuses on allowing kids to be kids. They play, they’re loud and interactive, and they rehearse with passion for what they do. They concentrate on having fun and still focus on success in the process.

Adults are able to continue to pursue excellence in their artistic crafts while children are nurtured in establishing their gifts, understanding theatrical concepts, and exercising their reading abilities and so much more.

When you see the passion that all the people involved with this group have for what they’re doing, it inspires, and just ignites a desire to move and shake with the syncopated beat and energy reverberating from the walls of this place.

All are welcome to audition and join the cause. Performances for the next two years are already planned and in the works. 13 A Musical will be performing at the Thomas and Pearl Martinez Auditorium from September 16 – 25. Check out our website for an exclusive look at a musical number from 13 A Musical. For more information about the group and upcoming performances visit www.starrepertory