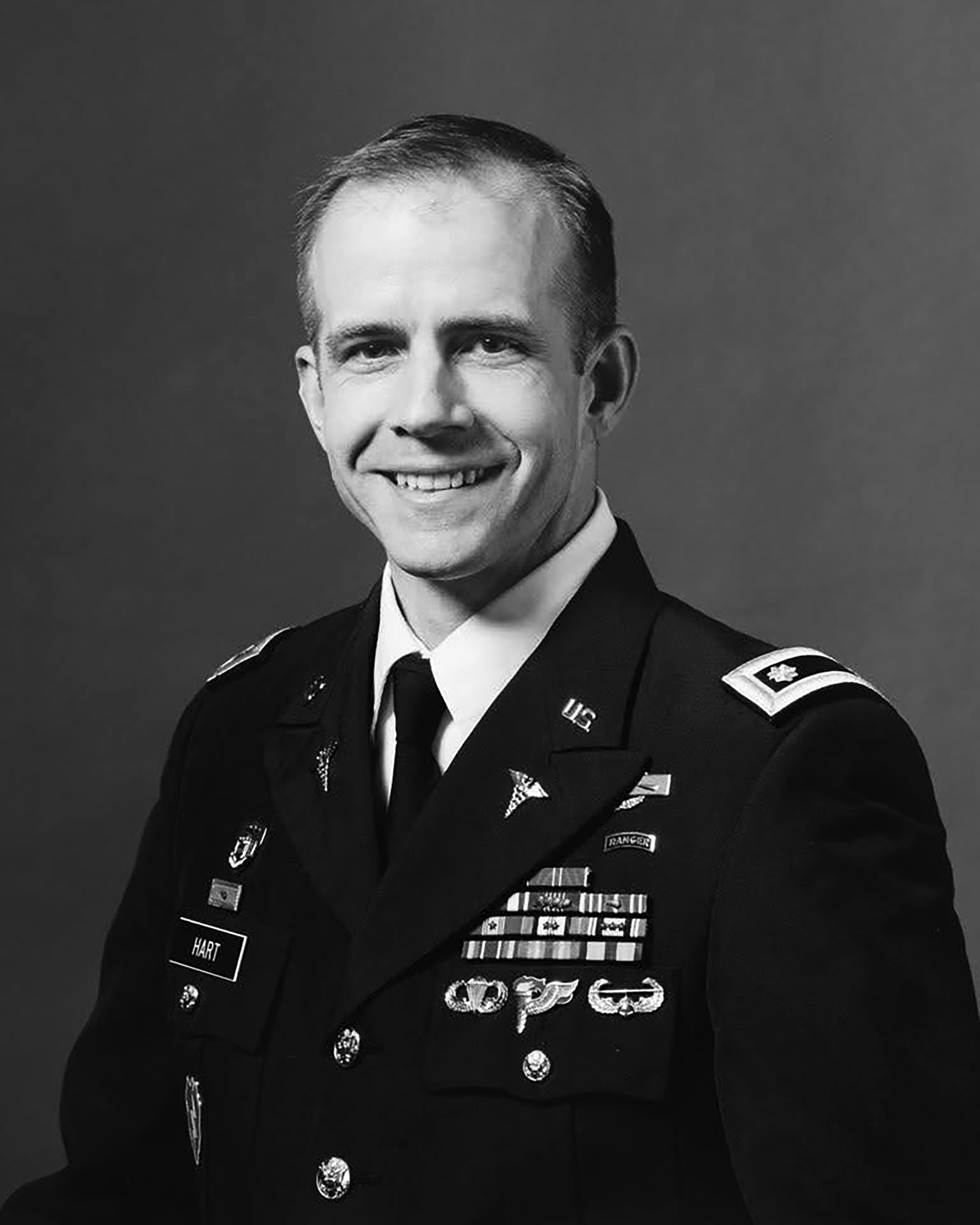 Major Daniel C. Hart, Medical Corps, US Army, San Pasqual High School, Class of ‘93, Brigade Commander of the Corps of Cadets at West Point, Class of ’97, graduated from the Uniformed Services University of the Health Sciences in 2016 and on June 19th, 2020, finished training as an Army Psychiatrist at the National Capital Consortium Psychiatry Residency.

Major Hart is the son of Bruce & Carolyn Hart formerly of Escondido.  After serving as an infantry officer in tours in both Iraq and Afghanistan, he entered the Uniformed Services University medical school.  He and his wife, Joanna McCoy Hart of Escondido, and their ten children reside in Monrovia, Maryland.  He has been selected to continue in the child and adolescent psychiatry fellowship.

The graduate medical education program at the Walter Reed National Military Medical Center awarded Dr. Hart with the 2020 Lewis A. Mologne Award.  This is given in memory of Major General Lewis A. Mologne whose career was marked by an outstanding demonstration of commitment to the care of patients, and a deep sense of loyalty to his country, the US Army and his fellow soldiers.  He showed the greatest respect for truth, honesty and dedication in the practice of medicine.  The award is given annually to the physician-in-training who exemplifies these characteristics.