‘Something Inside is Broken’ 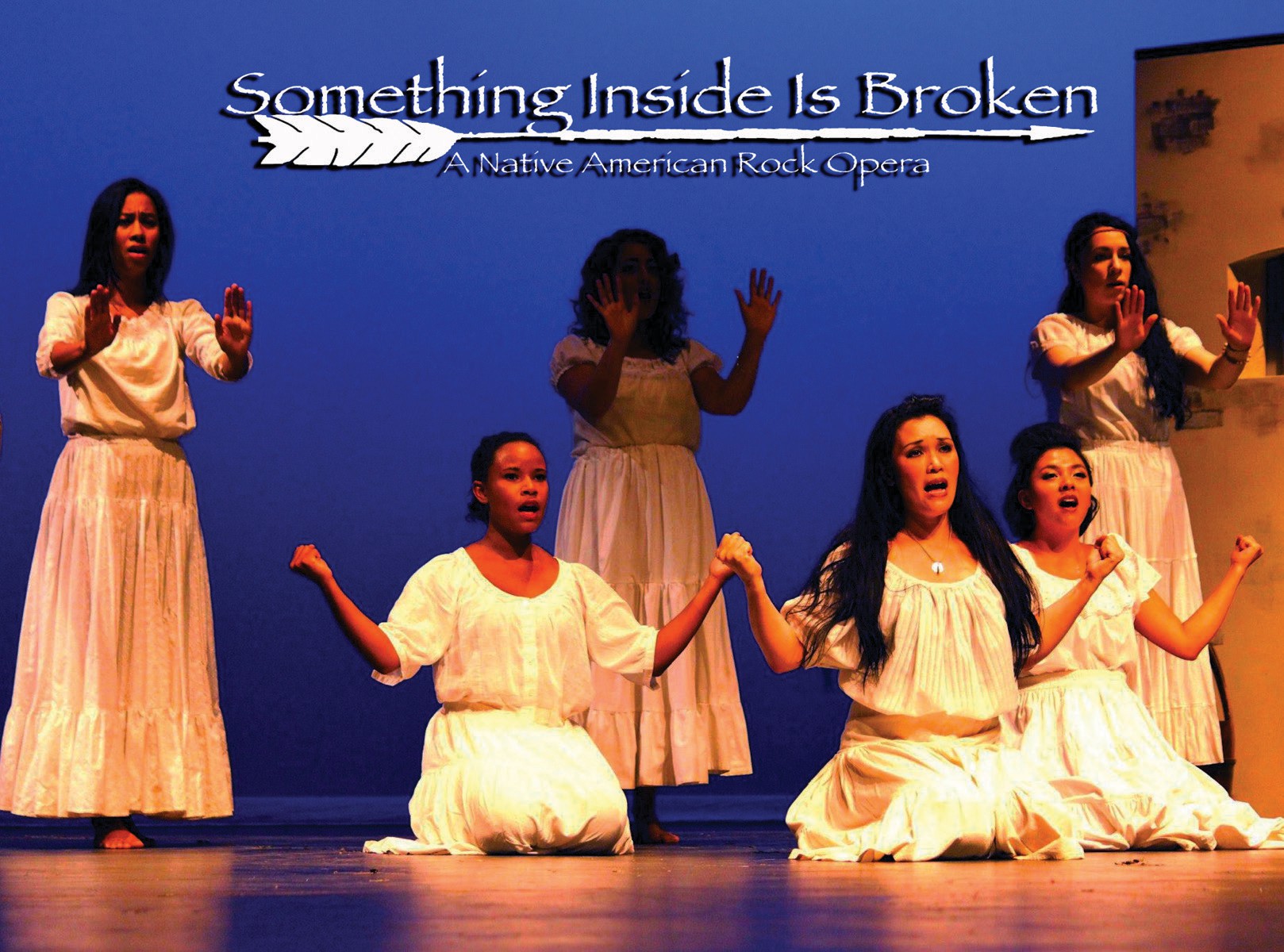 In a nutshell, the central story line of creator Alan Wallace’s Something Inside is Broken tells of the Nisenan people’s encounter with John Sutter in the pre-Gold Rush years of 1840’s central California.

Stories are told through rock ballads and rap, accompanied by Native flute and trumpet, as well as other traditional electric and acoustic instruments. Intended as a celebration of the indigenous Nisenan language, half of the show’s 26 original songs are performed in that language, which, as Wallace told Native California Magazine, “is more intellectual…more multi-dimensional.”

The show’s fall tour, which includes three performances at the California Center for the Arts Escondido (artscenter.org), is underwritten in part by the Rincon Band of Luiseño Indians and is written and directed by Hoopa Tribal member David Kohler, a Stanford graduate, media arts teacher and two-time Native Television Award winner. The story is told largely through the voices of female characters, who bore 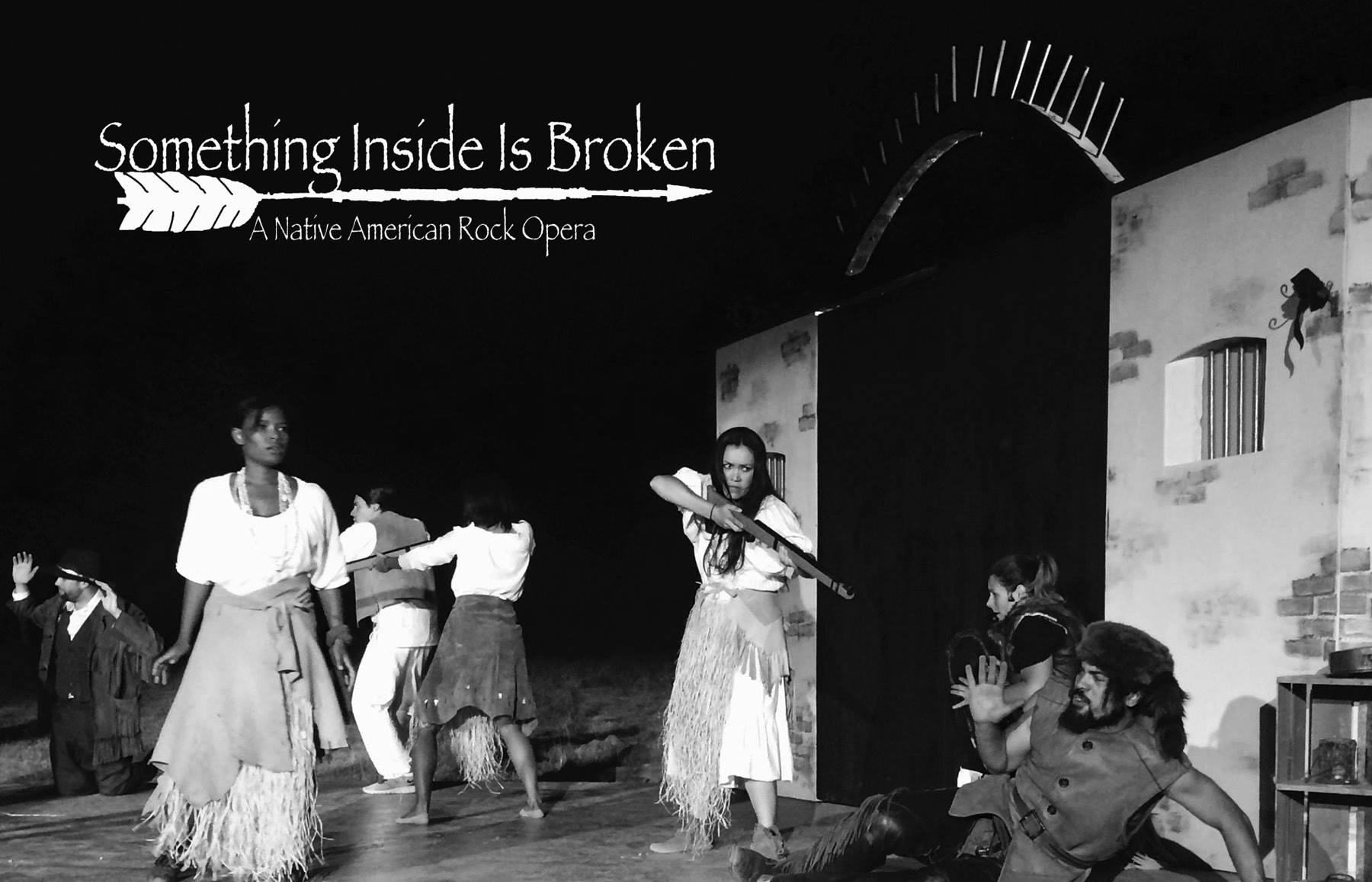 the brunt of Sutter’s style of servitude, which included sexual exploitation.

Dance captain Natalie Benally, a citizen of the Navajo Nation, plays Pula (“dove” in Nisenan), who falls into Sutter’s clutches. “Colonization stripped our people of our humanity, of our ability to live,” she says “It broke the spirit of a lot of people.” She views the show as a means of healing that brokenness.

Nonetheless, according to Kohler, the rock opera also promises lively music — including electric guitar riffs, hip hop beats, and genre-mixing innovation — as well as moments of hilarity “and the right balance of truth and honesty, satire and optimism.”

Something Inside is Broken is produced by On Native Ground (onnativeground.org), a tribal nonprofit multimedia company well known for producing original content for television, including groundbreaking documentaries on environmental and social justice issues.

For tickets and information, go to: