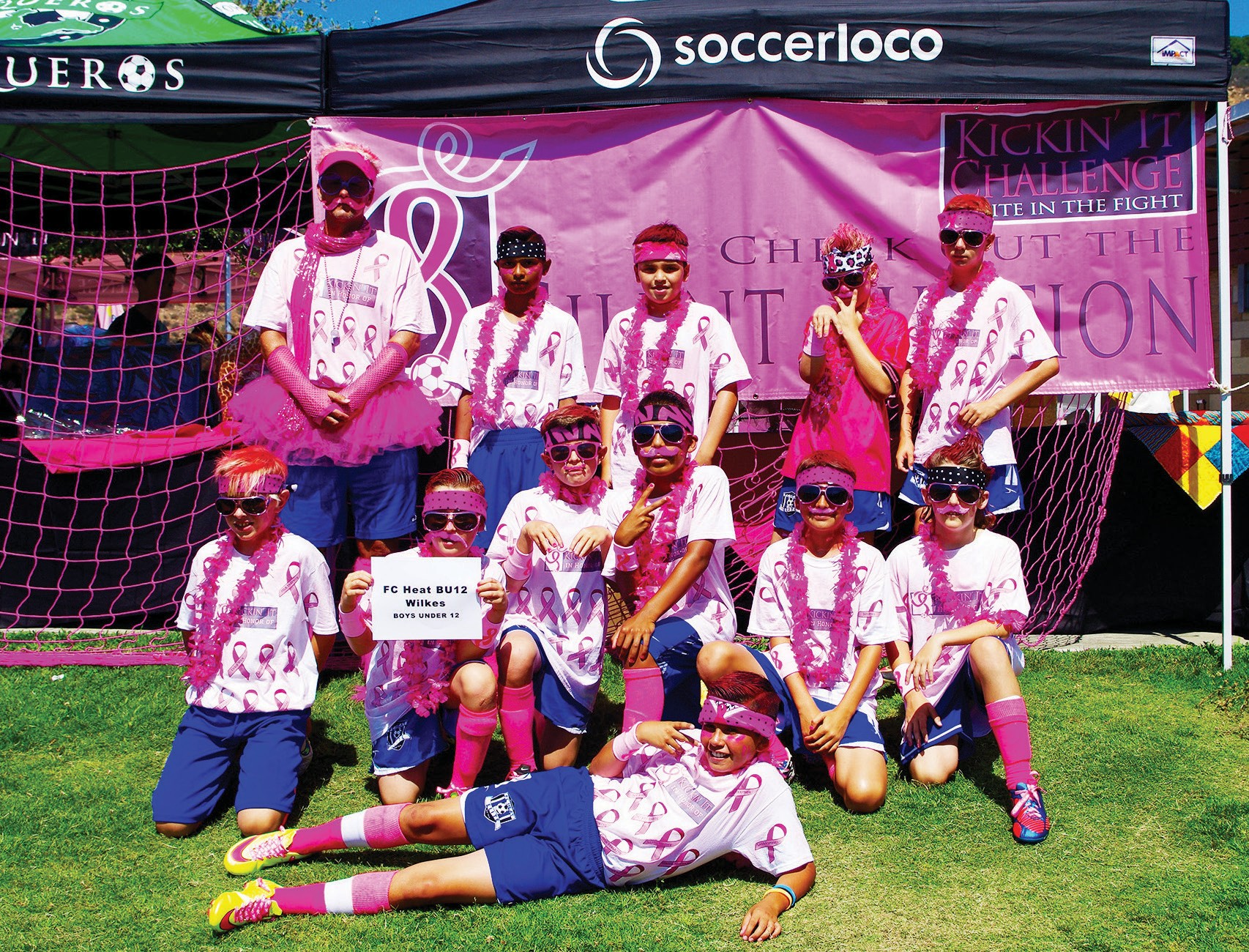 Participants in this year’s Kickin’ it Challenge.

The fifth annual Kickin’ It Challenge soccer tournament—a tournament that brings San Diego and Southern California’s youth soccer teams together to help fight the battle against breast cancer—will take place Saturday, June 18 through Sunday, June 19 at Frances Ryan Park in Escondido. Registration is open until May 15.

The companion Kickin’ It Challenge Gala Bash celebration will return for its second year on Friday, June 24, at Old Poway Park from 6 – 10 p.m. Tickets are $75 which includes a silent auction, dinner, beer/wine, and dancing. Tickets are on sale now through June 15.

During the two-day soccer tournament, about 2,000 youth soccer players on 120 teams will be decked out in pink to take the field to participate in games that “Unite in the Fight” against breast cancer. The goal is to have fun while making a difference for the soccer moms in their lives as well as other San Diegans battling the disease.

“Our Kickin’ It Challenge brings family and friends together for a fabulous weekend full of soccer fun, enthusiasm, learning and a chance to give back,” said Bj Kelly, founding director and auction chairman.

The chance to give back is more than donations but is also awareness. “Our focus now includes the ever so important awareness Kickin’ It brings to the young players and their families. The sea of pink covers the field and the participation from the teams shows another power of pink—awareness. Our tournament has an impact on everyone that it touches,” said founding director, Susan Filippone.

Visit the Kickin’ It Challenge website www.kickinitchallenge.com to register a team for the tournament; buy tickets for the gala; sponsor the tournament or gala; or to donate silent auction items to “Unite in the Fight.”

One hundred percent of proceeds raised at these events will benefit Susan G. Komen San Diego (Komen San Diego). Over the last four years, Kickin’ It Challenge events have raised more than $150,000 for Komen San Diego, making it one of Komen’s largest third-party fundraisers.