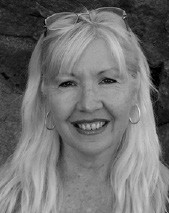 Meet Ralph the Rat. Ralph is an eight-inch long (not counting his curled tail) black, plastic rat with red, beady eyes and long whiskers. I bought Ralph a few months ago at the Dollar Store for, well, a dollar. (For the record, naming the rat Ralph is no reflection on anyone named Ralph, I just happen to be a fan of alliteration.)

The original intent of Ralph’s purchase was a new chew toy for our dog, Noel. Then, it dawned on me that I could get a far bigger return on my investment by utilizing Ralph’s rat attributes to “mildly startle” my husband by hiding him in unexpected places. The problem with my plan was that I failed to realize that particular idea could play both ways, if you catch my drift. (And, yes, we all know what they say about paybacks…)

And so the good-natured fun (for the most part) began. Ralph, like the saying goes, is like a bad penny, always turning up when one of us is not expecting him. He has made special appearances in my lingerie drawer, my husband’s sock drawer, the kitchen cabinet, my husband’s shoe, hanging among my necklaces and peering out the collar of the shirt hanging on the hook in my husband’s closet. (Note to self: Next time, remember you hung Ralph in the collar of the shirt hanging in your husband’s closet…)

Yes, Ralph really seems to get around. He even stowed away in my husband’s suitcase on our recent trip to Hawaii. (I’m glad I didn’t have to explain THAT to anyone checking our bags!) In fact, I found him hiding under my pillow on our recent trip to Disneyland, after having placed him in my husband’s computer bag for our trip to Anaheim. (Thought he might have a distant relative named Mickey.)

Obviously, Ralph’s appearances and travels the last couple of months have been interesting, to say the least, and my husband and I definitely have had fun with Ralph; however, there probably are a few new gray hairs under this blonde facade. (Let’s just say that being hard, cold plastic, Ralph was not meant to be a foot warmer under the covers; however, neither was he meant to fly, but he did a pretty good job of doing that when thrown across the room in response to the aforementioned foot warmer incident.)

You see, I’ve discovered it truly is more fun to give than it is to receive; I have had way more fun giving Ralph than I have receiving him! In fact, every time I receive him, I become more determined to give him back! For instance, last night, after discovering Ralph perched on a shelf in my closet (and managing to stifle a startled curse), I began plotting my revenge…

Unfortunately, the same is true in other aspects of our lives as well, begging the question, how often do we give others things that we don’t want to receive in return: anger, frustration, sarcasm, disdain, indifference, mockery, etc.? And, good or bad, our actions to others usually set the tone for how they respond to us. Granted, everyone is responsible for his or her own actions, but isn’t it natural to respond to others in a similar manner as they treat us? The worst part, of course, is that once we start down that path of getting back at each other for something that was done or said, it can be a never-ending road, with each person thinking they have to outdo the other.

The thing we have to remember is that is not what God purposed our lives to be, one of “one-up-manship.” He created us to honor and glorify Him and to love others through Him. It’s hard to do that when we are busy formulating our next plan of attack!

So with that in mind, I decided to take another tactic and instead of leaving Ralph to be discovered in my husband’s drawer, I left a post-it note saying “I love you” with a smiley face. Well, let’s just say, that in battle terms I may have surrendered, but in the game of love I won huge! All things may be fair in love and war, but in love it’s just more fun!

And, thus, I have decided that it’s time for Ralph’s ratty reign to come to an end, and for him to fulfill his true purpose – a chew toy for Noel. And knowing Noel’s purpose when it comes to chew toys, all I can say to Ralph is, “Rest in pieces.”

So in everything, do to others what you would have them do to you, for this sums up the Law and the Prophets. Matthew 7:12 (NIV)