“The Great Commission…or the Great Omission?” 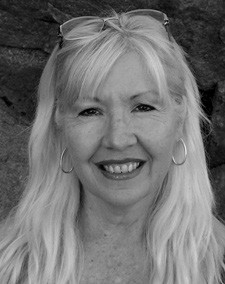 Boy, have I been thinking! With what has been going on in our country lately, how could anyone not? So, the question becomes, “What do we, as Christians, do about it?” Although we have The Ultimate Answer (Jesus), we certainly don’t have all the other answers, even though there is no shortage of opinions out there telling you what to do and how to think.

Since this is my column, I think it appropriate that I share my thoughts with you. For those of you who disagree, I’ll look forward to reading your column. If you feel compelled to write to me, all I ask is that you keep it original and respectful. I have already heard and read the laundry list of talking points that take the opposing view, including receiving a hate-filled email accusing me of being a hypocrite and basically stating Christians are the root of all evil. (Really? Good to know.)

Just so there’s no confusion here: The sole purpose of my writing this column is to bring glory to God while sharing His Word to encourage others. If I ever fail in that endeavor, then it will be time to hang up my pen, so to speak, but it will never be because someone disagrees with me, calls me names and/or sends me hateful emails.

I base my beliefs, ideas, opinions, etc., on what God says in His Word and how He reveals that to me through reading it, prayerful meditation, and through listening to sermons and studying commentaries by those whom I respect and trust to be faithful to Him. Contrary to popular opinion by some, God does not “evolve.” (Exodus 3:14; Hebrews 13:8). He does not become “enlightened” by man’s progress through this world or the changing of our laws and/or social mores. Sin was sin at the beginning of time and it will be sin until the end of time. Although I am far from perfect and don’t always follow His Word, I still know the difference between right and wrong, and am accountable to Him. One thing I never want to be guilty of, though, is taking the easy way out when it comes to sharing my faith. (Whoever acknowledges me before others, I will also acknowledge before my Father in heaven. But whoever disowns me before others, I will disown before my Father in heaven. Matt. 10:32-33)

And yes, on one level, it would be easier to say, “I got mine (eternity with Jesus), so you’re on your own.” But, as a follower of Jesus, how would that be showing love? Anyway, I could no more do that than I could qualify for the cover model for Victoria’s Secret. And, if you think it’s easy to repeatedly stick your neck out trying to reach others, knowing that there are those who are ready, willing and sometimes anxiously waiting to chop it off (figuratively in my case, literally in others), then you have another think coming. The only Way we can continue to do that is because of love, pure and simple. And, as much as we love our family and friends, in a Christian’s life, sometimes it comes down to Who (or who) is the most important in your life: God? Or others? I choose God. (…then choose for yourselves this day whom you will serve…But as for me and my household, we will serve the Lord. Joshua 24:14, 15)

With all that said, it should come as no surprise that I am against gay marriage; however, I am not against people who are gay (and, yes, there is a difference). For example, as a parent, as I’m sure many of you are, did (or do) you always agree with the choices and lifestyles of your child/children? Of course not! Did (or do) you encourage, support, condone, embrace, finance, and/ or celebrate those choices with which you disagree? I hope not! Do you still love them and are there for them when they need you? I hope so! Just because you love someone, doesn’t mean you have to agree with them, and just because you disagree with them doesn’t mean you hate them, no matter how loudly or angrily some might proclaim otherwise. In fact, we are all God’s children, whether we claim the familial tie or not.

But this story goes much farther than gay marriage, both in society and in this column, because gay marriage was not the end-game for many social activists, but merely the kick-off for a much bigger game by well-organized and well-funded individuals and organizations whose goal is to systematically marginalize Christians in society, rob us of our religious freedom and the ongoing purging of God in the public square. No? Then you have not been paying attention. I don’t have the space here to elaborate, but just check-out the new litigation that has been filed since the gay marriage decision by the Supreme Court, and which obviously was “waiting in the wings” for the decision to come down.

I was in the check-out line at Walmart this week and the cashier was a Muslim woman. A woman who was checking-out had a bottle of wine among her groceries. The cashier asked her, “Is that wine?” and the woman replied, “Yes.” The cashier continued to ring up all the items without touching the wine. At the end, she turned on her light signaling for the Supervisor, who had obviously been through this before, as no explanation was required as she came over, rung up the wine and finished the transaction, while other shoppers patiently waited in line. For the record, I have no problem with this scenario, but I can’t help but wonder if a Catholic cashier refusing to sell condoms would have been given the same accommodation, or how about a bakery owner refusing to make a cake for a gay wedding? Sound familiar? Why is it okay for some to practice their religious convictions, but not others? You see, it’s the hypocrisy and double standard against Christians that move this to the next level.

Personally, I don’t know any Christian who believes that he or she is perfect. In fact, we often are very aware of our sins, shortcomings and our unworthiness on our own. But Jesus (whose love won years ago) commands us to be salt and light to the world, and we cannot do that if we are afraid to speak out. It does not mean that we are judging others when we are following His commands. Just as John the Baptist was called to be the voice in the wilderness calling people to repentance and preparing the way for Jesus, we, too, are called to be the voice in today’s wilderness calling people to repentance as we prepare the way for Jesus’ triumphant return.

In Jesus’ last command to His followers, the Great Commission, He did not say, “Live and let live.” No, He said, “Therefore go and make disciples of all nations, baptizing them in the name of the Father and of the Son and of the Holy Spirit, and teaching them to obey everything I have commanded you. And surely I am with you always, to the very end of the age.” (Matt. 28:19-20)

In closing, let me put it this way, if you believed someone was headed to assured destruction, wouldn’t you feel compelled to say something? To do something? I mean, how could you not? After all, Someone did that for us. His name is Jesus.

In the presence of God and of Christ Jesus, who will judge the living and the dead, and in view of his appearing and his kingdom, I give you this charge: Preach the word; be prepared in season and out of season; correct, rebuke and encourage—with great patience and careful instruction. For the time will come when people will not put up with sound doctrine. Instead, to suit their own desires, they will gather around them a great number of teachers to say what their itching ears want to hear. They will turn their ears away from the truth and turn aside to myths. But you, keep your head in all situations, endure hardship, do the work of an evangelist, discharge all the duties of your ministry. 2 Timothy 4:1-5