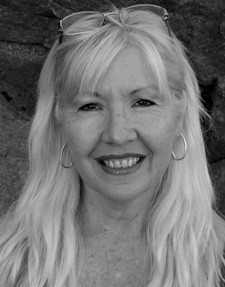 Some people have commented to me that they are surprised that I reveal some of my personal “foibles” (is that still a word?) in my devotionals. Well, I figure, why not? I learned long ago that people are poised to laugh at you the moment you trip or goof up (or why else would America’s Funniest Videos be so popular?), so I decided I might as well lead the laughter parade. And since my mouth almost tripped me up recently, I thought the following was worth sharing.

As some of you know, I just celebrated a birthday. For some reason, my husband thinks it should be recognized as a National Holiday. (Sorry for those of you who had to work…Congress ignored his memo.) But the fact that he “goes all out” every year does make for a fun experience.

So, with that in mind, you can imagine my surprise when I woke up on the “Big Day” to no fanfare. Not even a “Happy Birthday!” waiting for me. In fact, I had to track my husband down and found him at his computer in his home office. He obviously was deep in thought as he was typing, but he took the time to look up, smile and say, “Good morning.” Hmm. Okaaay…. At this point, I’m already a little miffed that 1) I had to track him down; and now 2) he didn’t respond the way I wanted and expected him to. I was barely able to bite my tongue to keep a “Well, happy birthday to me!” comment from escaping from my lips.

So I went on in the kitchen and had to make my own coffee. (What is this world coming to?!) A short time later, he appeared, hugged me and said “Happy birthday!” (Now that’s a little more like it.) A little later, I went in my own office and got on my computer. It was then that I saw what he had been working on and was so deep in thought about when I found him that morning; he had been writing a letter to my parents. In the letter, in addition to thanking my parents for me, he wrote the most beautiful tribute to me I could ever imagine, and I was in tears by the time I finished reading it.

I was very moved by the time, effort and thought that went into the letter, and I spent the rest of the morning thanking God that He had shut my mouth from saying a caustic comment to my husband, even in jest, that would have ruined the whole thing. I should have known better. My husband has never let me down on my birthday, and after 40 years together, why would I be quick to think that he would?

How often are we like that with God? Just like my husband has never let me down on my birthday, even more so, God has never let us down on “anything!” He has proven Himself faithful over and over, but each time He doesn’t act or respond in the way that we want or think that He should, how quick are we to question Him and His motives? We should know, even based on past experiences, that God is faithful and true and always has our best interests in mind for whatever He does or allows to happen in our lives. Even more so, He tells us in His Word that this is true, and God is not a liar, plain and simple.

So the bottom line here is two-fold. One, if there are things in your life that are tripping you up, don’t be so quick to doubt or blame God, but turn it over to Him and trust Him and His ways. He will never let you down. Second, if you are suffering from foot-in-mouth disease, an ailment with which I am intimately familiar, one simple (yet not always easy) remedy is to keep your mouth shut until you know more details. I seldom have regretted things I haven’t said when things weren’t going my way, but I have said many things that later I wished I hadn’t. If you can learn to do that, you’ll always have the last laugh, and you won’t have a foot in the way.

He who guards his mouth and his tongue, guards his soul from troubles. Proverbs 21:23