So I Was Thinking… 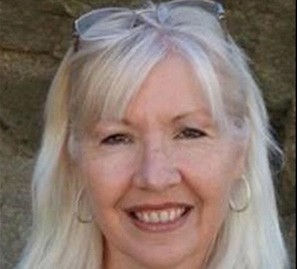 Years ago, when I was a young teenage girl, I got my feelings hurt over something. (Imagine that!) As I was sharing my angst with my mom, in an effort to encourage me, she meant to say, “Don’t wear your heart on your sleeve.” Instead, she inadvertently said, “Don’t wear your sleeves on your shoulders.” Of course, that was far better than the original saying because as soon as we both realized what she said, we burst out laughing, and as we all know, laughter is the best medicine.

My reply, “Well, then where am I supposed to wear them?!” brought on another round of laughter, completely lifting my spir­its in the process. Since that time, my mom’s rendition has replaced the original saying within our family, and when uttered, always generates funny memories.

I’m sure your family has little sayings, too, that prob­ably came about from a mis­spoken word or phrase, or some other type of language glitch. Oftentimes, when you share that saying with some­one else, they will take it on as their own and eventually pass it on to oth­ers. For instance, a friend of mine in my Bible study group shared the following personal story: She and her husband had a little “fun feud” going on.

When it came to the point she felt her husband got his just desserts for something he had done, she wanted to crow a little, so she meant to call out “Karma!” to him. However, her mind went momentarily blank and she wound up saying “Wilma!” I thought that was hilarious and have now replaced Karma with Wilma in my vernacular.

Here’s one more from another Bi­ble study friend. (Yes, they are a fun group!). The other day as I walked be­hind my friend’s car, I noticed the de­cal on the back window, which read, “Just be rice.” (Huh?) As I looked a little closer, I saw that part of the “n” in nice was missing and it looked like an “r” instead. Thus, my newest saying of “Just be rice” was born. When I walked in and told my friend, we had a nice (rice) laugh about it.

She later shared my interpreta­tion of the saying with her family, causing her family now to have an ongoing humorous discussion of white, sticky or fried?! I also have gotten a little mileage out of that saying. It comes in handy whenev­er my husband does something that goes against my “grain” I tell him to “Just be rice!” and we both share a laugh and move on.

With Thanksgiving time upon on us, one of the things I’m thank­ful for is our God-given sense of humor and for the ability to take words and phrases and put our own spin on them to bring humor and joy to our lives. (Especially with all the darkness in which we live.)

But even much more so, I am eternally thankful we serve a God whose Word never changes, regard­less of how much society tries to spin it. (Which is the cause of much of the darkness in which we live.) Don’t be misled by those who want to change or water-down the Word of God, who want to manipulate it to fit their own wants and desires. Our almighty God is the same yes­terday, today and tomorrow and His Word is eternal. Best of all, be­cause of His steadfast ways and ev­erlasting

Truth, we can rest in His faithfulness, bask in His glory and rejoice in all things.

Have a blessed Thanksgiving, everyone!

Don’t be deceived, my dear brothers and sisters. Every good and perfect gift is from above, coming down from the Father of the heavenly lights, who does not change like shifting shadows. He chose to give us birth through the word of truth, that we might be a kind of first­fruits of all he created. James

Your love, Lord, reaches to the heav­ens, your faithfulness to the skies. Your righteousness is like the highest moun­tains, your justice like the great deep. You, Lord, preserve both people and an­imals. How priceless is your unfailing love, O God! People take refuge in the shadow of your wings. They feast on the abundance of your house; you give them drink from your river of delights. For with you is the fountain of life; in your light we see light. Psalm 36:5-9