Responding to a critic 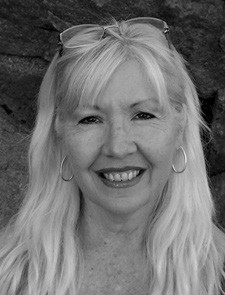 I hadn’t planned on writing a column this week (and this is not one of my regular columns), but I couldn’t let the Letter to the Editor (in this issue) regarding my last column go unanswered. In typical “let-me-straighten-you-out fashion” the writer completely missed the gist of the column. The column was not about being against abortion (although I am), nor was it about boycotting Ben & Jerry’s (although I do). No, the column was about being true to your spiritual convictions, whatever they may be. But, to someone who admits they have no spiritual convictions, I guess it’s a moot point.

Obviously, anyone is welcome to read my column, take exception to it and then write a long letter to the editor. But here’s the thing: atheists and agnostics are not my target audience. I write to encourage, support and share with other Christians what the Lord puts on my heart. So, I’m not surprised or deterred when others take offense. After all, getting offended has become one of America’s favorite past-times. So look at it this way: If I wrote a “Dog Lovers Column” my target audience would be other dog lovers. If you hate dogs, you could write and tell me so, but it doesn’t change anything. Not unless or until you assume the mantle of dog lover would you truly appreciate what I’m saying. In the meantime, I would continue to love and write about dogs and hope that, some day, everyone would come to love them as well. In the same way, unless you assume the mantle of a follower of Jesus, it’s just not going to mean much to you, but it still doesn’t change the message.

But the reason I am compelled to respond to the letter is because the writer used my column as an opportunity to push her rhetoric, in particular to sing the praises of Planned Parenthood, which I didn’t specifically mention in my column, because, again, that wasn’t the point. However, since she’s opened the songbook, let’s go ahead and sing the second verse…

Making abortion illegal again won’t lower the rate of abortion, but it will punish women for having sex—perhaps that’s the real goal of the anti-choice movement.

And I’m the one who is ridiculous and offensive? Millions of babies have been killed in horrific, painful and barbaric ways, their little bodies torn apart, and all I care about is punishing a woman for having sex? Really? It would be laughable if it weren’t a matter of life and death.

Regarding the “only 3%” abortion services to which the writer refers, you have to look at accounting procedures for services provided to get a clearer picture here. For instance, if I went to the doctor for a check-up exam and the doctor then does a urine test, blood test, chest x-ray and dispenses meds to me, that would be considered “5 services” provided. So, at the end of the day, if you had 10 patients exactly like me, the total services provided could be reflected as 50 services broken down as 10 check-up exams, 10 urine tests, 10 blood tests, 10 chest x-rays and 10 meds dispensed. Thus, “only 20%” of services performed that day were for check-up exams, despite the fact that it was 100% of the reason that all 10 of us went to the doctor in the first place. (Get the picture?)

But just for the sake of argument, though, let’s go with the 3% number for abortion services. The writer seems to think that because they do “X” amount of good work (if you want to call it that) for all these other services, that should compensate for or offset the bad work that others perceive them doing. Huh? What is the ratio of good to bad that we should say, “Oh, well, in that case, that’s great then!”? What’s 327,653 innocent lives when it comes to all the good they do, right? How much “good” do you have to do to justify that number? Think about it: that’s approximately the population of Santa Ana, California, the 57th largest city in the US. And that’s only in one year!

Therefore, you can put any kind of spin on it you want, but consider this analogy that a friend shared with me: A pimp brags about the fact that he provides food and shelter for his girls. A good thing, right? But the fact remains he’s still a pimp! You just cannot justify continued bad behavior by any good you may do in the process, especially for your own benefit. Yes, unfortunately, bad things are the result of efforts we are involved in sometimes, such as people die in war, but the difference is, that goal is not to kill the innocent.

For the record, none of this has been directed at those who are in the midst of a crisis pregnancy, or those who have had an abortion. But, if you fall in one of those categories, there is a wonderful “alternative” organization in Escondido that would welcome you with love and respect, exactly what you’d expect from an organization that believes we are all made in the image of God. Thanks to them, the people of our community really do have a choice.

Since my comment about Ben and Jerry’s not supporting religious-based charities apparently went over the writer’s head (and the two charities she listed were not even religious-based, which was the whole point), let me break it down further. Samaritan’s Purse, a religious-based charity, currently is involved in extraordinary relief efforts in the refugee crisis in Europe, as well as other acute areas of need, such as the ongoing wildfires. My point was the fact that being a religious charity would automatically disqualify Samaritan’s Purse from being worthy of their support, period – regardless of how much good they do. Religion is their Litmus Test for support. Obviously, that is their prerogative, just as it is mine to no longer support them. But, again, whether anyone else supports them was not the gist of my column.

Regarding the throw away reference to the Treaty of Tripoli, I would suggest anyone confused by this “Talking Point” do a little research. Here’s a great place to start: www.wallbuilders.com/LIBissuesArticles.asp?id=125

Not that I wouldn’t like to address every little point the writer tries to make, I simply don’t have the space, but here’s the bottom line: either you follow Jesus, or you don’t – plain and simple.

In closing, I truly appreciate all the encouraging emails I have received (thank you!), but nothing makes me more determined to keep writing than the few critical ones I have gotten. Jesus said that His followers would be hated, just as He was hated. Of course, if you’re an agnostic or an atheist, that would mean nothing to you. But as a follower of Jesus, it means everything.

For you created my inmost being; you knit me together in my mother’s womb. I praise you because I am fearfully and wonderfully made; your works are wonderful, I know that full well. My frame was not hidden from you when I was made in the secret place, when I was woven together in the depths of the earth.

Your eyes saw my unformed body; all the days ordained for me were written in your book before one of them came to be. How precious to me are your thoughts, God! How vast is the sum of them! Were I to count them, they would outnumber the grains of sand—when I awake, I am still with you. Psalm 139:13-18