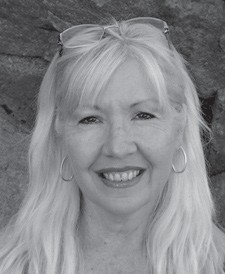 Don’t you just hate that? You know, when your cravings run right smack dab into your convictions? (Or is it the other way around?) Either way, it’s a head-on collision just waiting to happen, and it always leads to casualties. Oh, you can swerve and weave all over the road for awhile, trying to evade the inevitable, but, eventually (wham!) they’re going to collide, and one of them is going to lose. And that’s what happened recently to me…

My love affair started off innocently enough, with only an occasional rendezvous. But over the last few years, as my life has become increasingly stressful, those meetings have increased as well. As I’ve mentioned on several occasions, my parents live with us, and although that is a huge blessing (just like children) it still can be very stressful (just like children), since it often is like raising declining children (which is incredibly sad and emotionally draining). After a particularly trying day, one of the things I looked forward to after they were in bed, was my time alone with two of my favorite men: Ben and Jerry. That’s right. It somehow made it easier to deal with the issues of the day knowing I had a date with a pint of my favorite ice cream before bedtime.

It’s probably worth noting that I have had a life-long relationship with ice cream. However, it wasn’t until the last few years that I started using ice cream as my reward. But, as I mentioned, not just any ice cream: No low-fat, no sugar added, artificial concoction for me. Uhuh. It had to be the cream of the crop because I deserved it.

The relationship was moving along just fine, until I became aware that good ole Ben and Jerry and I were theologically incompatible. In fact, we were pretty much polar opposites when it came to our beliefs. In other words, we were unequally yoked. Since I wasn’t ready yet to end the relationship, I ignored the bumps in the road and began swerving and weaving to delay the head-on I feared was coming, and that’s when I began to refer to them as “Len & Berry.” (You may be familiar with this particular evasive maneuver: “Let’s don’t call it by its real name and it won’t seem so bad.”) Of course, it was in jest, but it eased my conscience (a little) by making light of it.

Yep, I was full of all kinds of rationalization and justification for my craving and it wasn’t until recently that the head-on collision finally occurred, when I found out they were intimately involved in another relationship with an organization that I consider evil and that preys on women and unborn babies. It was then that I was finally able to sever our relationship for good. It doesn’t mean the craving is gone, but it has gotten easier and I have gotten stronger as time goes by.

Not that there is anything inherently wrong with eating ice cream. But, for me, it had become an unhealthy habit. One might even say my craving bordered on addiction, and my husband was my supplier. He could always tell when an “unscheduled” stop at the store on the way home was in order, or sometimes, even a late-night run. But even still, the ice cream was not the real problem. The fact that I was supporting a company that not only endorses and supports numerous activities and organizations that I believe go against God was the problem. Further, I believe they discriminate against people of faith by purposefully not supporting organizations with religious affiliations, regardless of how worthy they may be.

Deciding never again to succumb to the craving for my all-time favorite ice cream was not a fun decision, but it pales in comparison to what many are facing when it comes to cravings and convictions. And certainly not all cravings are bad. In fact, there are many in this world who simply crave to worship the Lord their God in peace, but instead, their convictions are leading them to persecution, incarceration and even death.

I don’t know the conflicts in your life, the decisions you have to make, the cravings that compete with your convictions. It could be anything from what you buy, to where you go, to how you spend your time, but the bottom line here is, if you are feeling convicted that your cravings are leading you down the wrong road, then isn’t it time to put on the brakes? Before the collision happens? Or before your convictions melt away like a bowl of warm ice cream…

“Do not be yoked together with unbelievers. For what do righteousness and wickedness have in common? Or what fellowship can light have with darkness? What harmony is there between Christ and Belial? Or what does a believer have in common with an unbeliever? What agreement is there between the temple of God and idols? For we are the temple of the living God. As God has said: “I will live with them and walk among them, and I will be their God, and they will be my people.”

Therefore, “Come out from them and be separate, says the Lord. Touch no unclean thing, and I will receive you.” And, “I will be a Father to you, and you will be my sons and daughters, says the Lord Almighty.” 2 Corinthians 6:14