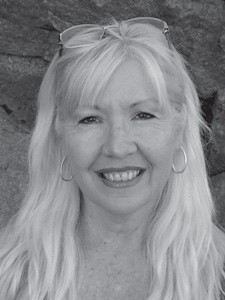 I grew up with Elvis Presley. Well, not literally. I mean, he wasn’t a relative or a next door neighbor or anything, but, as a young girl and then teenager, I certainly was influenced by his music, his movies… and his moves. Yes, I definitely had a long-distance relationship with “The King” and I can remember when he died in 1977, feeling like Crying in the Chapel, knowing it was the end of an era.

Now, before you get All Shook Up thinking that either I have Fever, or you took a wrong turn at Page 2 and wound up reading the wrong column, let me tell you what I was thinking… if That’s All Right with you. A few days ago, I had two thought processes that collided: 1) I was thinking about the 38th anniversary of Elvis Presley’s death and 2) I was thinking about how easily people tend to get offended these days. Whoa! What could these two possibly have in common? Well, it comes down to footwear, but not Blue Suede shoes, instead steel-toed ones would be in order.

You see, it seems like far too many people keep sticking their toes out, just for the purpose of getting them stepped on. For some reason, more than ever, people tend to look for ways to get offended nowadays. I’m not sure when it happened that we became The Society of the Perpetually Offended, but I Just Can’t Help Believin’ it was somewhere around the time we started worshiping at the Altar of Political Correctness.

Now, being too quick to become offended, like all other sin, is nothing new. In fact, you can trace it all the way back to the Garden of Eden. Remember when God told Adam and Eve they could partake of anything in the Garden except the Tree of the Knowledge of Good and Evil? But, thanks to the serpent, they had Suspicious Minds that God was trying to hold out on them, at best, and lied to them, at worst, and they became offended; that’s why they disobeyed Him. Like many of us, they resented someone telling them something they didn’t want to hear, even God Himself, and even when it was in their own best interest. Yes, they were saying to God their Creator, “Don’t Be Cruel to us, we just want it all!”

After Adam and Eve sinned, I’m sure there was A Whole Lotta Shakin’ Goin’ On, when they heard God’s voice calling out to them in the Garden, and, of course, that’s when Adam and Eve were cast from the Green, Green Grass of Home to what, in comparison, must have seemed like In the Ghetto.

At the risk of oversimplifying this, there seems to be two extreme groups who are the problem here: 1) those who continually choose to get offended over what basically amounts to nothing, and 2) those who are so afraid of offending someone that they do and say basically nothing. Stating the obvious here, but neither of these is good. In our society, it has become a common phenomenon that one person complains about being offended by something, in particular as it pertains to religion, and too often we jump through hoops to (politically) correct that, while disenfranchising the other 99.9% who were perfectly happy with the way things were. (If someone were intent on getting offended, maybe that would be a good place to start.)

As I said, being offended is nothing new, and the Bible tells us that there were those who were offended by the “King” of Kings, Jesus Himself. But, (and here’s the important part) He never stopped sharing the Word of God because He had a Burning Love to fulfill His purpose, which was to die for our sins.

Don’t get me wrong; there are a lot of offensive things in this world! But God is not one of them. If you are offended by God, then plain and simple, you are the problem, not Him.

Also, neither am I suggesting to turn a blind eye to things that truly are offensive, but rather to take the offensive to make things better. In other words, It’s Now or Never to be part of the solution, instead of part of the problem. The best way to do that, I’ve discovered, is not to have a long-distance relationship with the real King, but to let Him Love Me Tender as He guides me towards His will. When I do that, I know There’ll Be Peace in the Valley (Center) for Me.

“And blessed is he who is not offended because of Me.” John 7:23

“Then they will deliver you up to tribulation and kill you, and you will be hated by all nations for My name’s sake. And then many will be offended, will betray one another, and will hate one another. Then many false prophets will rise up and deceive many. And because lawlessness will abound, the love of many will grow cold. But he who endures to the end shall be saved.” Matt. 24:9-13

2021 – A Year of Overcoming!In 2020 We Need A Little Christmas!Community Lutheran Christmas display attract over 350 cars