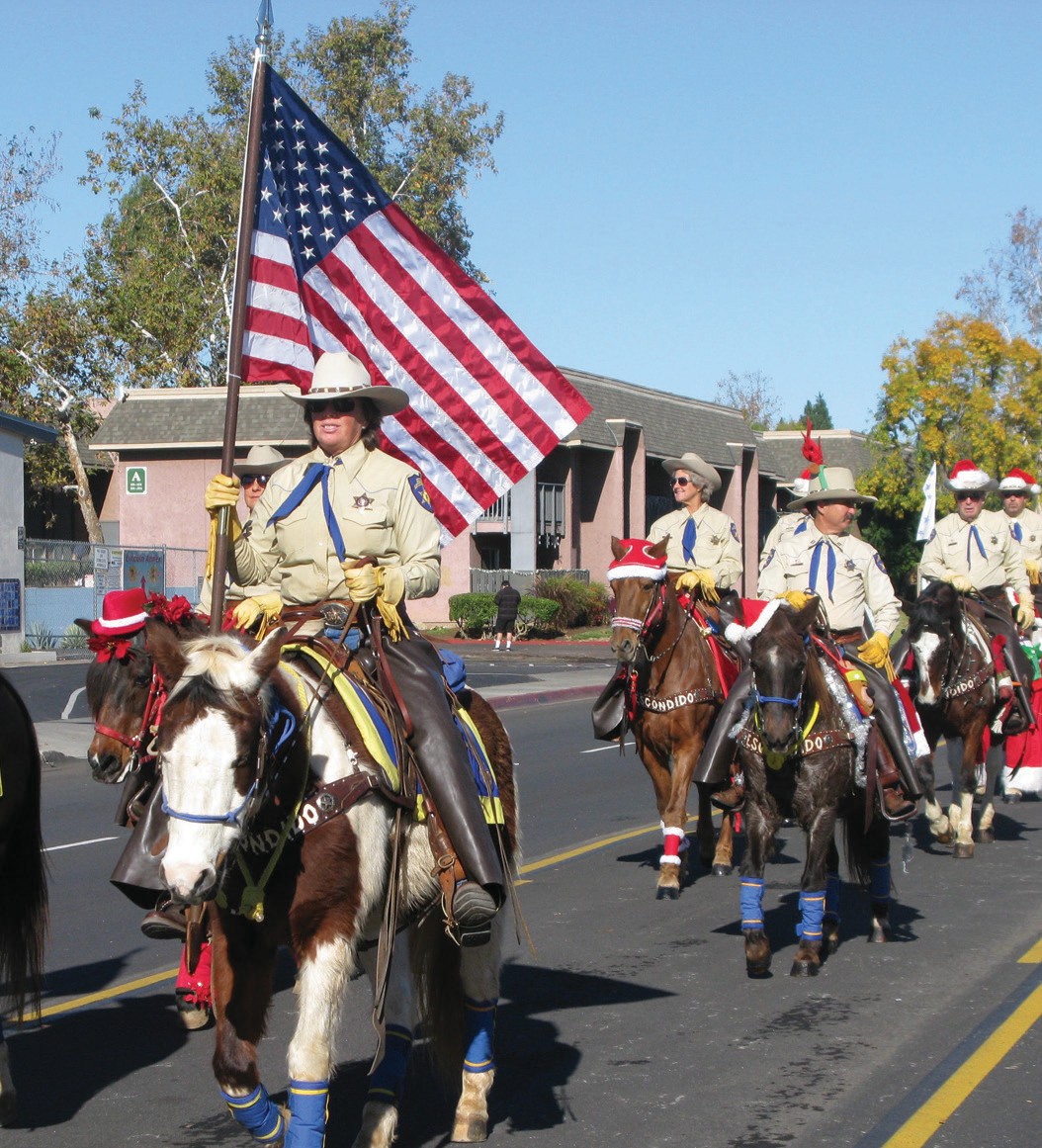 Saturday night, shortly after rid­ing in the Lakeside Rodeo parade lo­cal horsewoman Diana Cavender was killed when her horse spooked, lost its balance and rolled on her, hitting her head against the pavement.

Cavender is a member of the re­nowned Escondido Mounted Posse, and was described by one of the mem­bers as being the best and most expe­rienced rider in the group. In fact, she was a horse trainer by trade.

They were leaving the parade and were riding on the asphalt when, ac­cording to a member of the group who witnessed the accident, something spooked Cavender’s horse, “Her horse reared and spun and flipped on its side after the horse’s feet slipped out from under it.” The horse fell on the rider and flipped her head against the pave­ment.

Members rushed to her aid and called the California Highway Patrol. An ambulance arrived within about five minutes and transported her to a local hospital, possibly Scripps, with severe head trauma.

She is described as being a resident of Escondido and Valley Center and in her 40s. She had been a member of the Escondido Mounted Posse for about six years.

Cavender is the first member of the Posse to have died in the course of performing and riding. The posse has a long history in this area and has ap­peared in countless parades, rodeos and other equine events.

On Tuesday night the Escondido Mounted Posse held a memorial for her in her honor at Escondido City Hall.