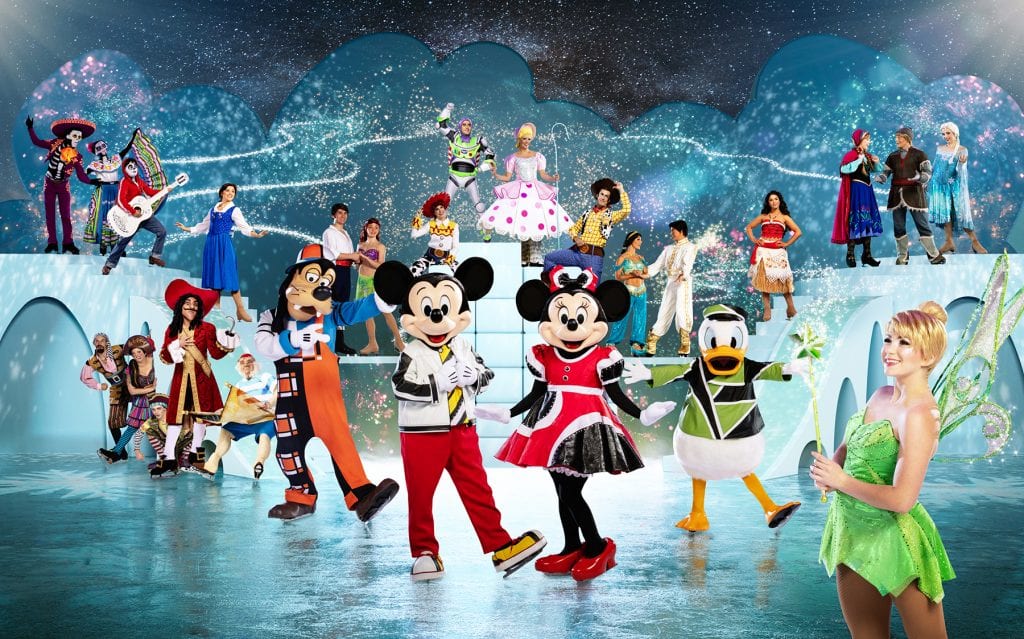 Growing up in Vista, Disney On Ice ensemble skater Jana Klingseis began her path to a professional ice skating career at age 9, when she first began skating at the Escondido Figure Skating Club.  Klingseis competed regionally, eventually earning herself a U.S. Figure Skating Gold medal in “Moves” and “Freeskate,” prior to joining Disney On Ice on tour, after submitting a video tape. She also became a junior coach at the rink where it all began.  Returning to San Diego with the new touring production of Disney On Ice presents Mickey’s Search Party, Jana revisited her original training rink at the Ice-Plex Escondido to meet with some of the younger members of the Ice DMND On-Ice Team, and talk about her professional skating career and demonstrate some of her fun ice skating moves with Disney On Ice.