Sip, Wine & Beer, a nice place to get educated about wine

Don’t be intimidated by wine; learn about it 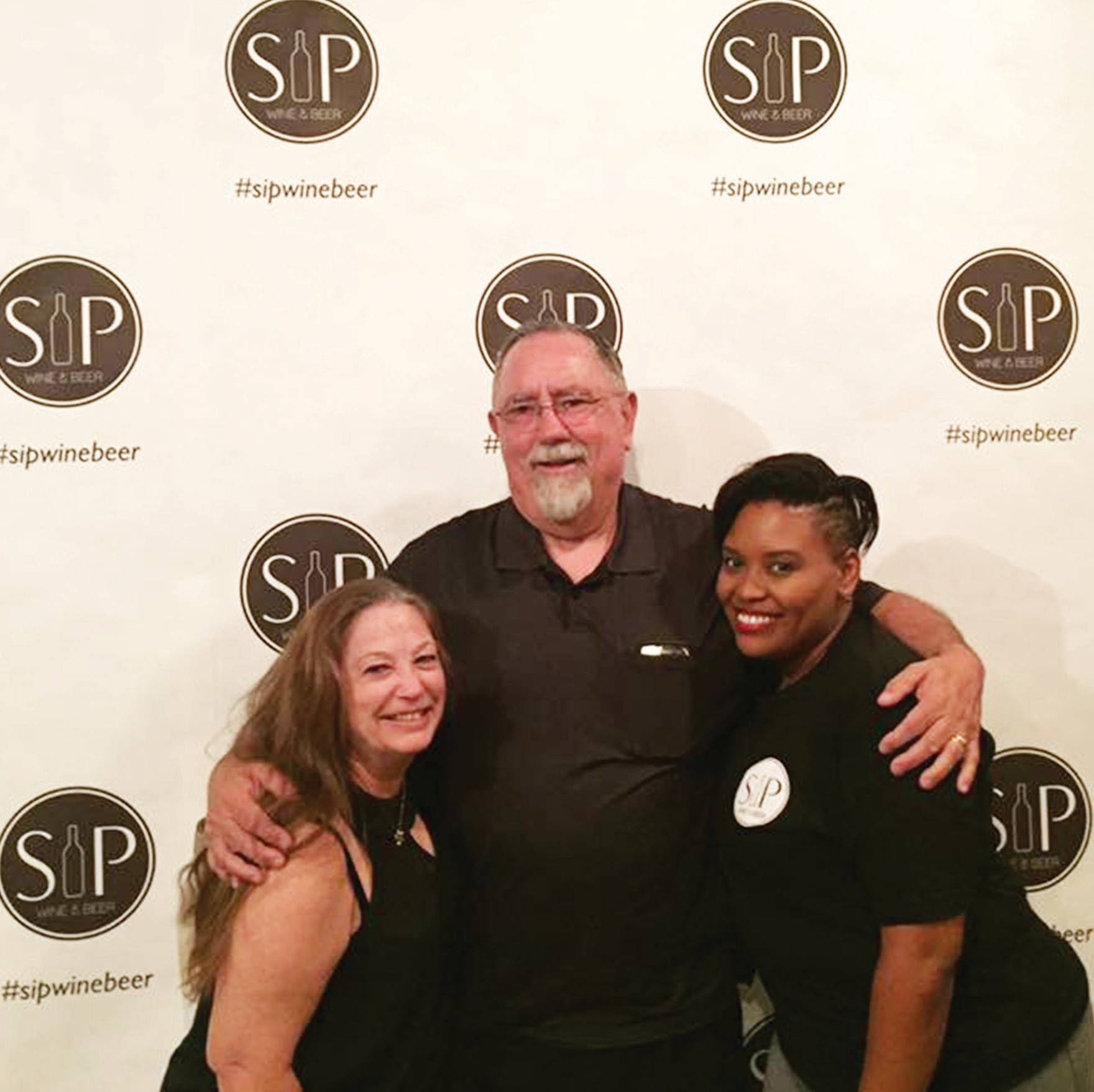 In front of the “Selfie” spot at Sip, Wine & Bear. From left, Susan Baldwin Wilkin­son, Skip Wilkinson, and Cassandra Schaeg.

Are you an oenophile? That’s a fancy word for a connoisseur of wines. It’s one of those pompous words you will encounter if you enter the world of wines, a world where you can easily become in­timidated, confused and annoyed so that you will turn around and go back to drinking beer, or in my case, Diet Coke.

It does not have to be that way — and if you visit Sip, Wine & Beer and talk to the owners Jeremy & Cassandra Schaeg, it won’t be. They opened the shop June 17. It’s their first business together and it’s all about their passion: wine.

Jeremy is in the hospitality indus­try, where he found that being in Southern California meant educat­ing himself about wines, both inter­national and California varieties.

“Jeremy brings the wine knowl­edge and I bring the business knowl­edge,” says Cassandra.

She grew up in Temecula, which is, of course, synonymous with wines. “Temecula is the Napa of Southern California,” she says. “The majority of my knowledge is from growing up there and discovering all of those wonderful wines.” When you add her palate to his knowledge of wines you have a winning combination.

Their concept is to be found in the name of the business. The idea is that you come into the shop and sip a wine, buy a glass or a bottle and they will share their knowledge of wine with you.

“Wine can be intimidating,” she says. But they have done everything they can to make it less so. You won’t feel dumb or stupid there. You won’t 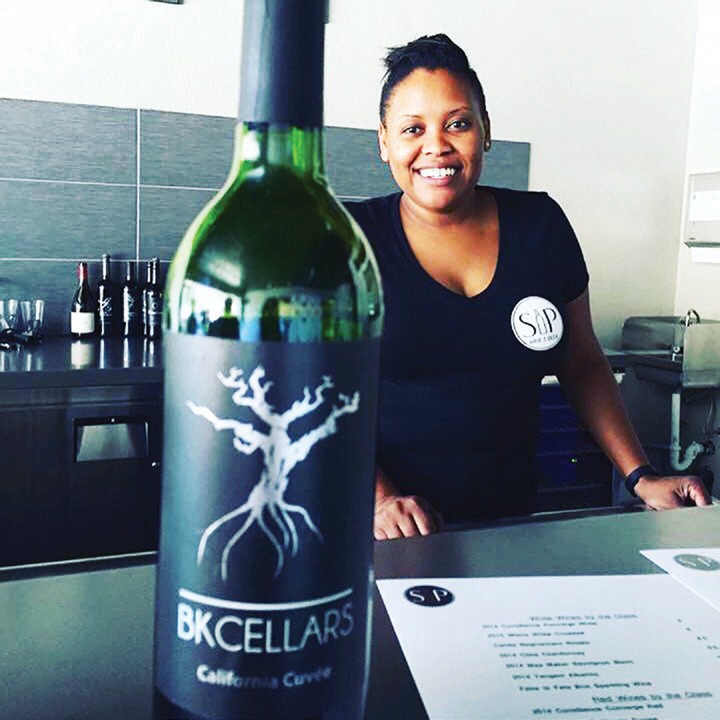 Cassandra Schaeg, co-owner of the Sip, Wine and Beer, with one of the signa­ture wines that they feature from a local winery, BK Cellars.

be confronted by a supercil­ious sommelier giving you the fish eye for not knowing the difference between a cabernet sauvignon and a merlot. “We share our knowledge of wine with our customers,” she says.

“We want people to enjoy tast­ing wine and educating their palate to know the difference between the different wines,” she says.

If you are like the character Miles in the movie “Sideways” played by the wonderful actor Paul Giamatti who, when someone asks him what he thinks of some wine, remarks, “Mmm. Quaffable. But, uh, far from transcendent,” then you don’t need this kind of assistance. But if you are like the rest of us, you might.

As you wander through the tasting room you will find helpful charts describing the different kinds of wines, a basic wine guide and use­ful advice on pairing different wines with foods. It’s the polar opposite of intimidating.

Jeremy mentioned that they have each tasted every wine that they carry in the store. “We have tried every single wine in here. That’s the best part of our job. Wouldn’t you like to have my job?” he asked with a smile.

One of the things that motivated the couple to open a wine bar was that they noticed that the city has several places that serve those who want to sample the best of local breweries, but little downtown to cater to wine lovers.

“Escondido is known for craft beers,” she said. “We wanted there to be a place where people can come and enjoy a quality wine as well.”

For those who just can’t get away from their brews, however, the es­tablishment does carry a nice selec­tion of quality beers. So if you are a couple where one 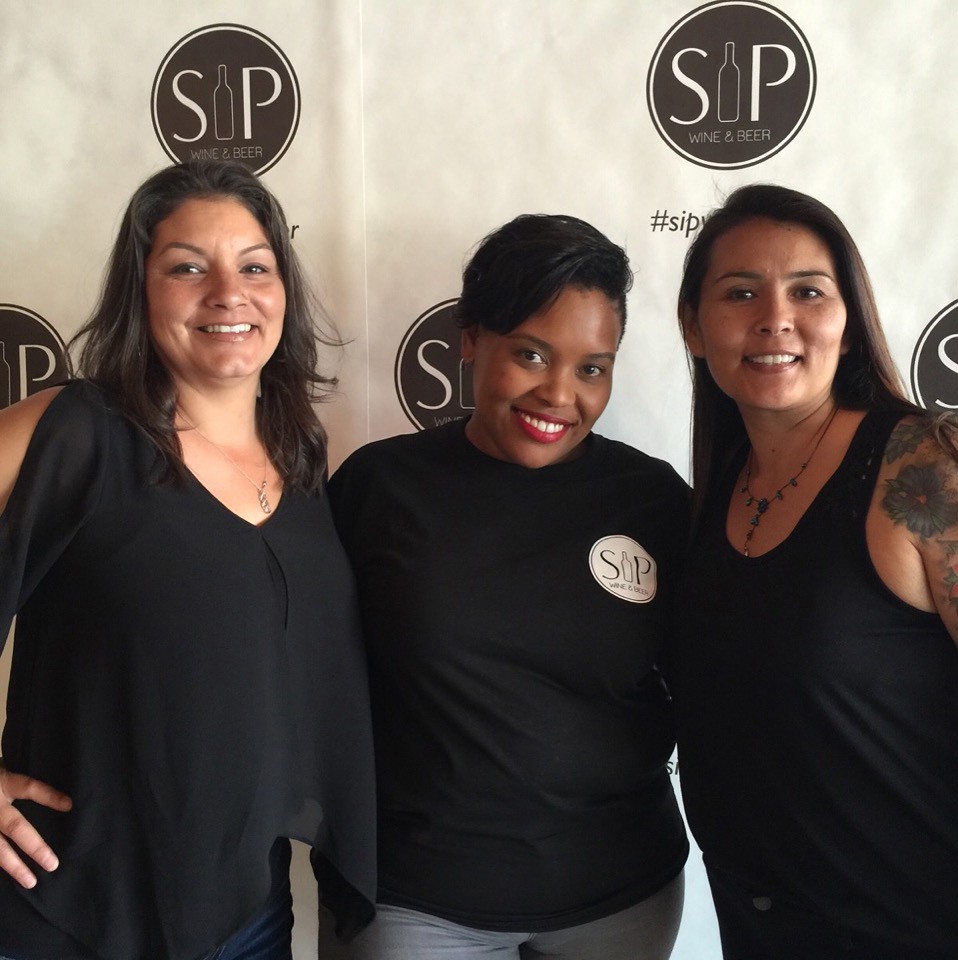 likes wine and the other likes beer — you don’t have to fight.

They plan to have a series of tast­ing events (see below for the first one), live entertainment and educa­tional wine classes.

Jeremy said, “I’ve been in the food and beverage industry for twenty years. When we moved down here from Southern California four years ago, I knew I needed more knowl­edge about wine so I took some classes and got to know Italian, French and especially Southern Cal­ifornia wines.”

They bought a condo a few blocks from where their wine bar is now. “I told him, you never know, we may open a wine bar, ha, ha!” she recalls. “We talked about it and I said, ‘We need to do it.’ So I made him!”

“It’s nice to know that she be­lieved in me,” he said. “It’s been a year long process putting it all to­gether, not knowing the ins and outs of Escondido business.”

His philosophy of buying wines is not complicated. “When I look for a wine I look for a nice bouquet, how it looks and how it tastes,” he says. “I want it to be full of flavor, complex, and be smooth as well. We mix it up. We are mostly Cali­fornia wines, such as from Napa, Sonoma, local wines like B.K. Cel­lars, French, Italian, Malbecs from Argentina and even some from New Zealand.”

Because it has been so warm they lean more towards whites. “You want a cool, crisp and light wine that will cool you down on a hot day,” he said. He introduced me to their new Dry Creek Chenin Blanc, which has tropical aromas and is very dry. “We also have a very nice Sauvignon Blanc from New Zealand.” 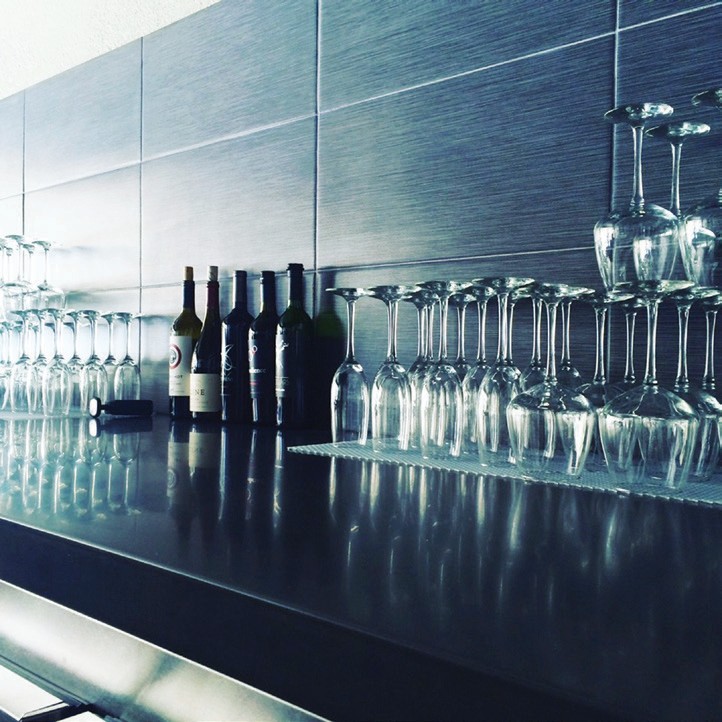 The tasting room offers wines from all over the world as well as California classics.

added, “We want our wines to be smooth. That’s what we look for in all our wines. I’m sensing that Escondido customers like sweeter wines.”

For the time being they will fo­cus on introducing their customers to these cool, crisp, smooth whites. When the weather cools later on they will bring out more reds. For instance, around Thanksgiving look for Beaujolais Nouveau, an inexpen­sive but very popular red wine that is available for only a few weeks.

They serve food with their wines, including meat and cheese plates, breads, cheese and artichoke dips.

They will have their inaugural tasting event this Thursday, July 28, from 7 p.m. – 9 p.m. as they wel­come Joe Ames, wine maker and owner of BK Cellars, based in Es­condido. Ames will showcase four of his wine varietals, including the top selling, local favorite, California Cuvée. The cost is $20 per person and includes tastings and compli­mentary charcuterie. RSVP at www.sipwineandbeer.com.

On August 5 they will have live entertainment with Bell Mark, an acoustic band.

On August 30 they will have a tast­ing with wines from the Niven Fam­ily winery of Edna Valley, which is north of San Luis Obispo. They will talk about some of their new wines. Sip, Wine & Beer carries three of their varietals, including their Tan­gent Albarino (Albarino is a Spanish wine grape.)

Cassandra said, “We really want the wine loving community to come by and try our wines and give us a chance to win them over.”

One response to “Sip, Wine & Beer, a nice place to get educated about wine”