Sinking of the first nuclear submarine subject of Sept. 8 talk 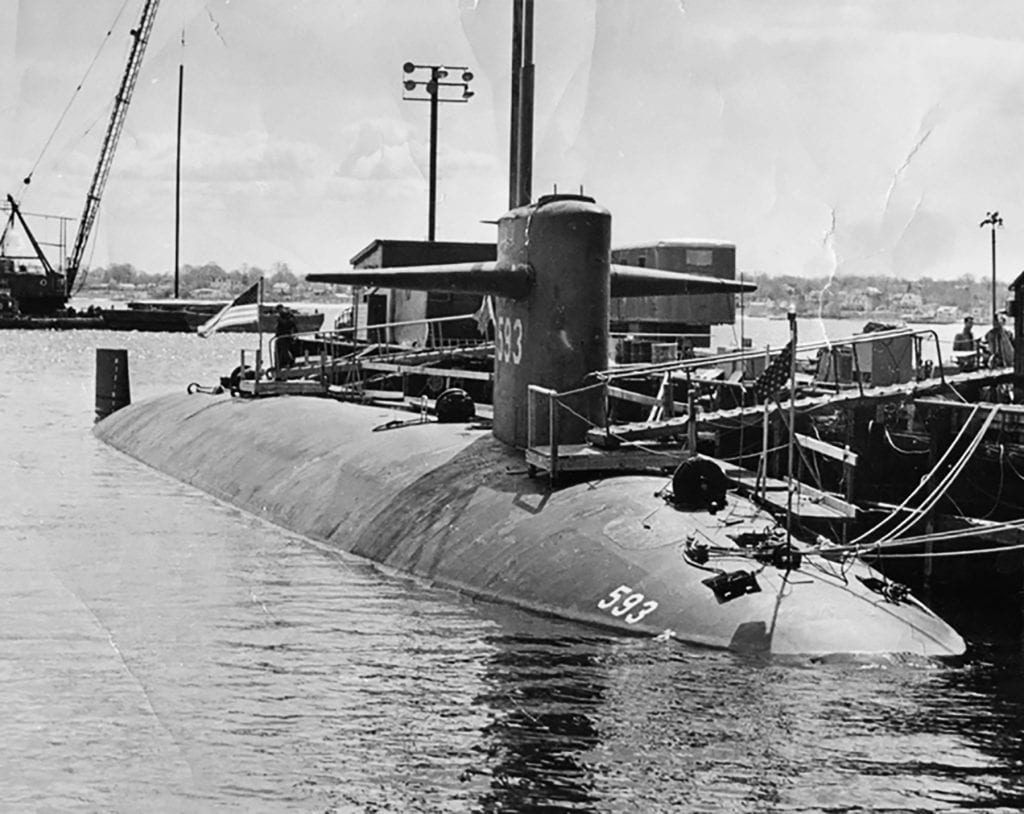 The U.S.S. Thresher, the only American nuclear sub to ever sink. Its mysterious death will be the subject September 8 of a talk at the San Diego Archaeological Center in Escondido.

The San Diego Archaeological Center announces USS Thresher Disaster: Sinking of the First Nuclear Submarine, a presentation and discussion by Captain Jim Bryant, U.S. Navy (Retired) on Saturday, September 8, from 11 a.m. to 1 p.m., as part of their Second Saturday Series.

The event will be held at the San Diego Archaeological Center located at 16666 San Pasqual Valley Road, Escondido.  Admission is free and open to the public. Refreshments will be served.  Please register at www.sandiegoarchaeology.org/2nd-sat-thresher/.

Fifty-five years ago, USS Thresher (SSN 593), the most advanced nuclear submarine of its time, imploded at a depth of 2,400 feet. It was the first nuclear submarine disaster and remains the worst with 129 lives lost. Disputing the Navy’s official report, Captain Jim Bryant, U.S. Navy (Retired) will present his research on how and why the sinking occurred, including recently available acoustic information recorded during Thresher’s last dive and interviews of several people involved with Thresher.

This presentation and discussion will be held in two parts. Part 1 will present the theory of submarine operations and design, stressing the importance of buoyancy and depth control, and a short history of Thresher with the events leading to its loss. Part 2 will detail the factors that caused its sinking, which strongly challenge the Navy’s findings, and describe the lessons learned from this disaster.

Bryant received a Bachelor of Science degree from the U.S. Naval Academy. During his 23-year career, he participated in multiple Cold War Missions and assisted the Royal Navy during the Falkland’s War. He was selected by Admiral Rickover for the naval nuclear propulsion training and subsequently served on five nuclear submarines that culminated with commanding USS Gguardfish (SSN 612) from 1987-1990. After a tour in the Pentagon, he retired from the Navy in 1994 and started a small business. His research on the loss of Thresher was presented in several newspapers and in the March and July 2018 editions of U.S. Naval Institute’s Proceedings Magazine. In addition, Bryant has also researched the sinking of the nuclear submarine Scorpion.

The mission of the San Diego Archaeological Center is to preserve archaeological collections and promote their educational, scientific, and cultural use to benefit a diverse public.