Sherlock hopes to be another Classical fit 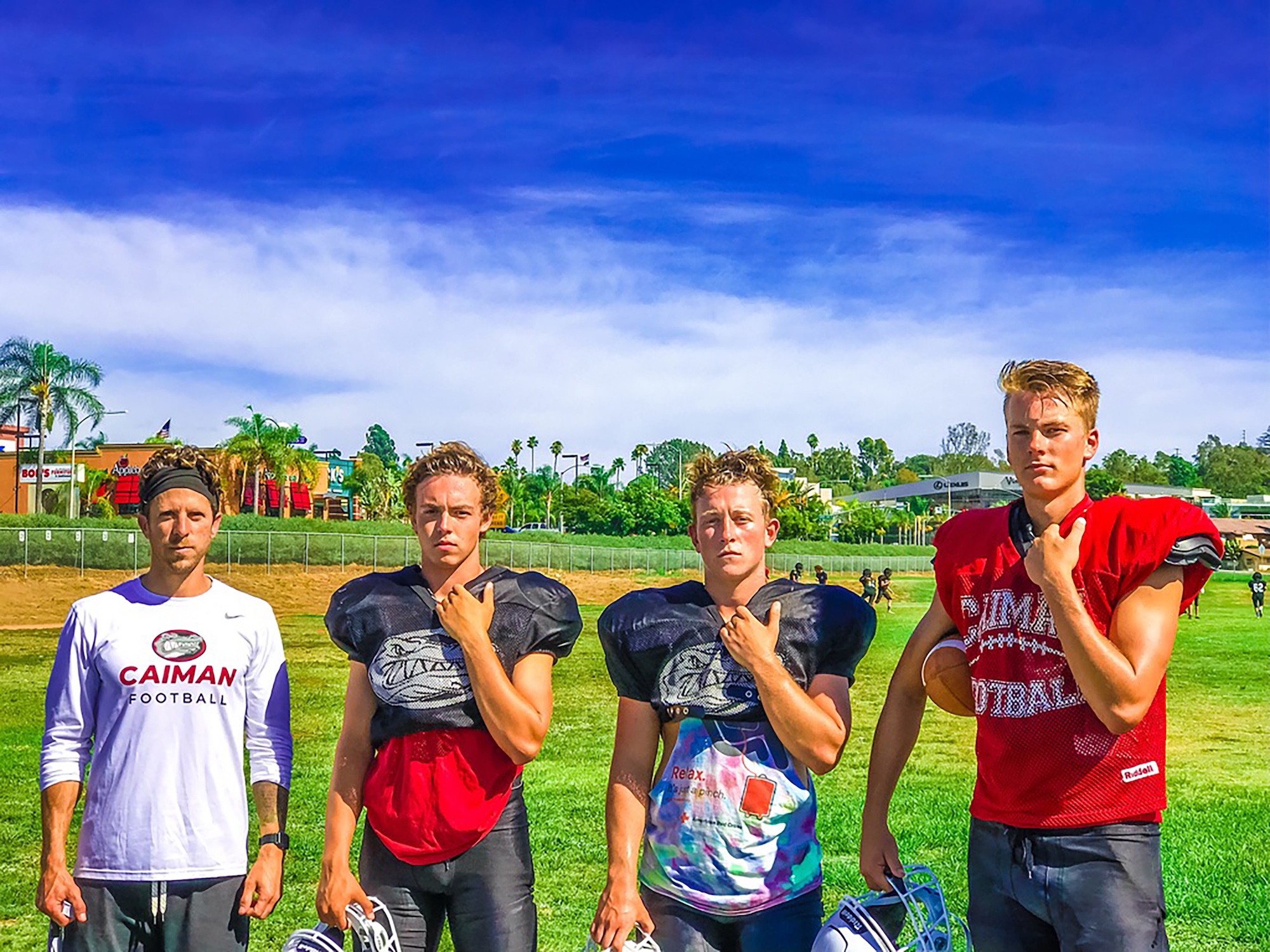 In a way, it seems rather apropos that Tim Sherlock, Classical Academy’s new football front man, occupies an office that’s found in the school’s weight room.

And why’s that? Well, because the 33-year-old first-time head coach faces the weighty challenge of taking over for an esteemed and revered predecessor.

For five seasons, Jon Goodman led the Caimans to four playoff trips and fostered a unique culture in which player development as well-rounded human beings was just as important as wins and losses. As much as he strove for winning records, Goodman’s aim was to also nurture young men who would become lifelong solid citizens and a credit to their community.

It seemed that everywhere you turned, Goodman’s numerous admirers abounded and could be found from groups ranging from his players, to their parents and throughout the student body and the entirety of Classical’s staff and administration. The man had created a thoroughly positive and inspirational reputation that resonated with many.

That’s why when he announced in late spring that he would be leaving CA to take on the task of resuscitating the gridiron program at Escondido Charter, many of the Caiman faithful were not only disappointed but wistful to see such an accomplished and dedicated coach depart the scene. Moreover, Goodman was leaving behind some mighty big shoes to fill.

So after what was categorized as a “competitive” search by principal Dana Moen and with much due diligence, the decision makers at Classical elected to entrust the program to Sherlock, who reportedly really impressed when he interviewed for the job.

In so many ways, Sherlock seemed not only the logical but the most compatible and seamless choice. To begin with, Sherlock has been an assistant at CA serving in the roles of quarterback and running back coach as well as that of offensive coordinator. His other ties to the school involve a full-time position as the Caimans’ strength and conditioning coach, not to mention his teaching of health and fitness classes.

With wavy brown hair, alert blue eyes and a trim build that suggests that’s he’s in damn good shape, Sherlock also evokes a youthful and relatable vibe that should make it easy for him to effectively communicate with his charges.

In addition, when talking with Sherlock, it becomes readily apparent that he’s quite savvy when it comes to the nuances and subtleties of the game. And perhaps most importantly, he’s not afraid to be his own man. Though he’ll incorporate what’s worked in the past, he won’t hesitate to add some new wrinkles. “I have a ton of respect for what Jon did here,” says Sherlock. “He and I believe a lot of the same things. Though the execution will be different, I think the overall message stays the same.”

Where that difference might be manifested most prominently is on the offensive side of the ball where the Caimans will employ a spread attack and throw the ball more frequently than they have in the past. But at the same time, Sherlock indicates it won’t be anything too exotic. “Nothing fancy,” Sherlock shares, “we’re not bringing back the old Minnesota Shift or anything. We’ll be running the same spread offense as everyone else in the County.”

Sherlock is also a big believer in the importance of tempo and keeping schemes as simple and rudimentary as possible. “On both sides of the ball, look for us to play fast,” he says.  “Eliminating all of the window dressing really allows us to make a living on the details. What we want is to put our kids in great position to do their job and be an athlete.”

As for the team that he’s inheriting, the new coach sees real upside and is truly excited about its prospects for this upcoming season. “We’ve got a few tough road games out the gate before grinding it out in league play against Orange Glen, Santa Fe Christian and Bishop’s,” Sherlock reveals. “But we’ve got all the pieces to go out and compete in Division IV. I think we’re going to surprise some people.”

Sherlock’s high hopes for his squad are bolstered by the presence of a trio of marquee seniors who figure to play starring roles. In James Duncan, the Caimans possess a quarterback with notable vision, arm strength, foot speed and athleticism. “He’s got all the intangibles and a great skill set,” adds Sherlock. “The guy can really sling the ball and he’s got the potential to light it up.”

Meanwhile, the defense will be spearheaded by a pair of impact linebackers in Mason Pillsbury and Anthony Costello who shine when it comes to giving max effort, being vocal and setting a physical tone.

Among Sherlock’s most pressing desires is to instill in his players four principles that he feels are absolutely essential for the Caimans to reach their full potential, both on and off the field. Those precepts are as follows; perfect preparation, extreme ownership, heroic effort and legendary service. If those goals are accomplished, Sherlock believes success in all its forms will be a natural byproduct.

Without question, there is a distinct newness that now permeates the program. In addition to Sherlock, both the offensive and defensive coordinators will be filling those roles for the first time in their careers.

And make no mistake, Sherlock fully grasps the heavy responsibility that’s been placed upon him. “I understand the gravity of being given this position,” he says earnestly. “This opportunity is not lost on me and I realize it’s a big deal. But I know what I’m capable of and I think I’m ready to go.”

What has really encouraged Sherlock thus far since taking over is not only the way in which his team has responded to his approach and persona but also the manner in which the overall Classical Academy community has embraced him. Sherlock has also been exceedingly grateful for the help he has received from coaching peers at other schools.

He is particularly indebted to Orange Glen’s Jason Patterson who has provided invaluable assistance. On two occasions, Sherlock and Patterson got together for lengthy tutorials in which the new coach sought to pick the brain of his seasoned contemporary about the wherewithal of running a program. “Jason knows how to do things the right way,” praises Sherlock. “I talked to him about what I could expect and what I might miss. Not only did we discuss X’s and O’s but we went over just about everything else, right on down the line.”

Sherlock experienced a memorable moment recently at practice when the realization and full impact of being a head coach truly hit home. “I just thought to myself that, wow, this is really exciting having the chance to be doing this,” he says brightly.

On August 23, the Caimans will travel south for their season opener versus Mar Vista. And when the kickoff takes place at 7 p.m., Sherlock figures to be reflecting on, among other things, what has brought him to that point in time. “One of the reasons I got involved with coaching football was so that I might have the ability to positively impact young men and perhaps change the course of someone’s life,” he relates, his words reverberating with sincerity.

Based on all appearances, Tim Sherlock looks to be a worthy successor to the legacy of Jon Goodman and a Classical fit for the Caimans.