Taught many years at Escondido schools, was leader in teachers unions 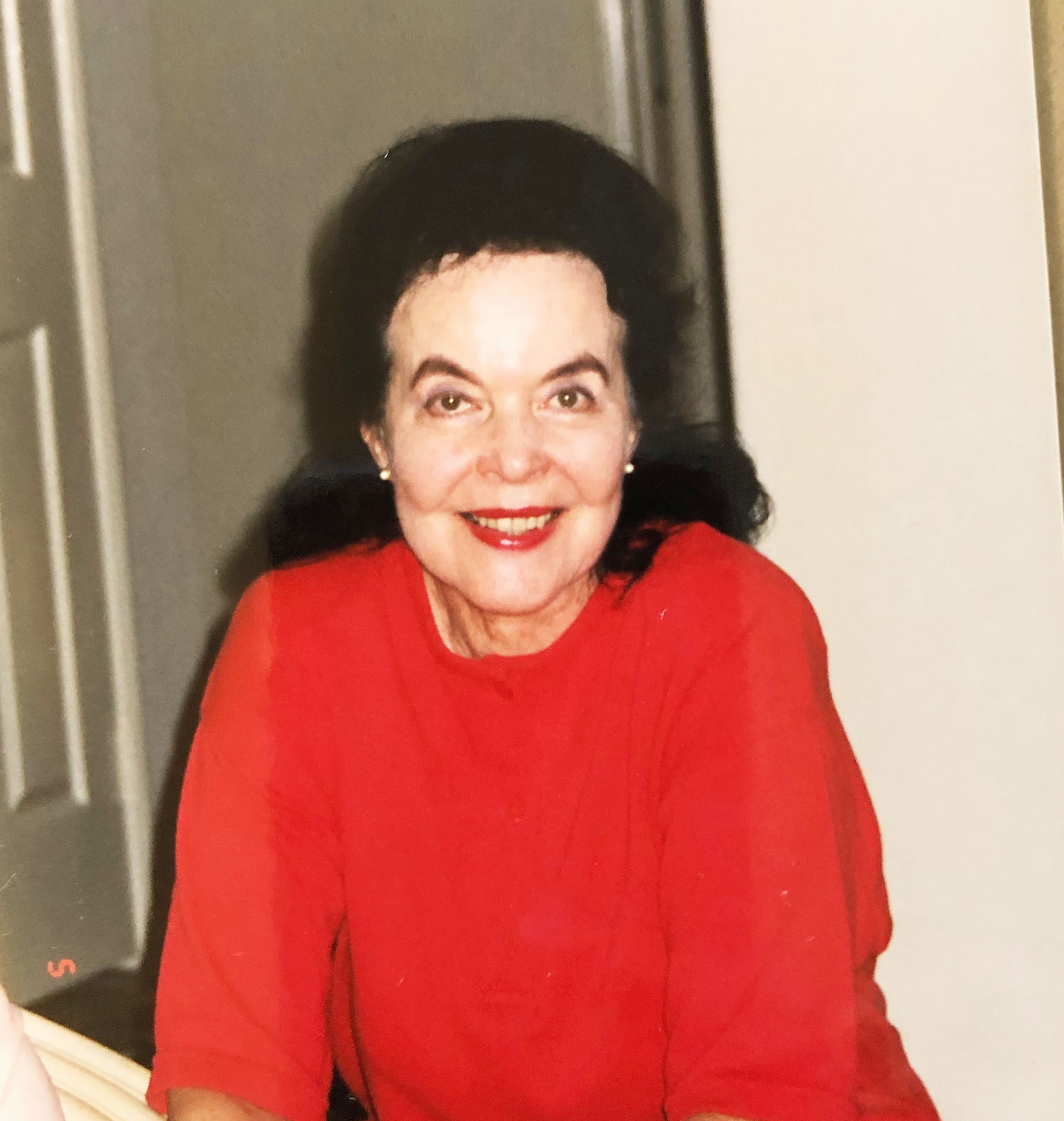 On September 14, 2018, Sharon Bowman, loving mother and grandmother, inspirational grade-school teacher, pioneering activist for teachers’ rights, and legislative advocate for the California Teachers Association, died from natural causes at her home in La Jolla, California, at the age of 93.

The eldest of three children, Sharon (pronounced Shah-rahn with accent on the second syllable) was born on February 8, 1925, in Ogden, Utah, to Rosamond “Tot” Smith and William Bryson Smith. One year later, her father moved the family to California in search of work in the burgeoning motion picture industry.  With a high school degree and a certificate from a correspondence course in electrical engineering in hand, Bill Smith soon landed a job as an apprentice electrician at Paramount Studios where he would eventually ascend the ranks to head the Electrical Construction Department, earning an Academy Award for technical achievement on the way.

During the Great Depression, both sets of grandparents joined Bill, Tot, and Sharon in California. Sharon’s grandmothers—Minnie Woodmansie-Smith and Rosamond Ashenfelter-Hart—had an especially strong influence on Sharon as a young girl.  Sharon never seemed to doubt that she was meant to be a leader, let alone an equal to men in her professional endeavors. Throughout her life, she would recall the sense of awe she felt in the presence of Minnie, daughter of a pioneer family in Ogden, mother of fourteen children by two marriages, and matriarch with an indomitable spirt. Rosamond, affectionately known as Mimmie, the antithesis of her rough-hewn counterpart, was an accomplished opera singer who had traveled extensively performing in Mexico and the United States. At Burbank High School, Sharon Smith was a student leader and sang in the school chorus. She also excelled at U.C. Santa Barbara where she was elected President of the Associated Women Students twice, served as editor for the college newspaper, successfully lobbied the legislature in Sacramento as a student representative, held leadership positions in the Alpha Theta Chi Sorority, and was awarded “Outstanding Woman Student” on campus in her senior year.

She met her husband, Bob Bowman, at U.C. Santa Barbara at the close of World War II. They were married in 1947 and lived in Lancaster, California, where Bob coached football at the high school until being recalled to active duty in the Navy in 1951 in Coronado, California, during the Korean War. All three of their children –- Gail, Scott, and Brent— had been born by this time. Three years later the family moved to Escondido, California, after Bob was hired as head football coach at Palomar Junior College.

Mrs. Bowman began her professional career as a fourth-grade teacher at Escondido’s Central Elementary School in 1955, moving to Lincoln Elementary School a decade later. Former Central Elementary students fondly remember Mrs. Bowman not only as an inspirational teacher, but also as their basketball, softball, and football coach. At Lincoln, she ran a successful program for gifted children and raised funds for special school events by producing and acting in two plays with fellow teachers. Her progressive teaching methods were acknowledged with numerous teaching awards over the years and by the fact that she inspired many of her students to become teachers.

It is probably because she truly loved the craft of teaching in all of its aspects that Sharon realized early on that teachers needed to become more involved with issues affecting education at the local, county, and state levels. By the early 1960s, Mrs. Bowman had become an influential leader in the Escondido Elementary Educators Association (EEEA), the San Diego County Teachers Association (SDCTA), and the California Teachers Association (CTA). She was also very active in leadership positions in the Delta Iota chapter of Delta Kappa Gamma, International Society for Women Educators.

Significantly, in 1965, while serving as President of the EEEA and, concomitantly, chairing the SDCTA public relations committee, Mrs. Bowman co-created with John Orcutt the WHO (We Honor Ours) Awards. In 1973, at her urging, the CTA adopted the WHO Awards as a statewide program to honor outstanding achievement in the profession.  One of her proudest moments came on April 27, 1974, when she received a “Special Award for Meritorious Service” from the SDCTA for “her outstanding foresight and leadership in developing the WHO Awards concept,” noting that “the WHO Award has become the symbol of recognition throughout California for outstanding leadership in the teaching profession.”

From 1971 to 1975, Mrs. Bowman served as the Director of Information Services and Classified Personnel for the Escondido Union School District. During this period, she also earned an MA degree. Her statewide reputation as an activist for teachers’ rights and her extensive experience in CTA in various roles, including legislative member, state council chair of the professional rights and responsibilities committee, and director of the Southern section, no doubt helped her land her next position. In December 1975, she moved to Sacramento to join the CTA’s Governmental Relations staff as a legislative advocate.  For over a decade, she assiduously represented the interests of teachers in the California legislature and carried numerous influential bills, including the proclamation of a statewide holiday in honor of Martin Luther King, Jr., the development of professional standards for bilingual competency, and reduction of class size in K-12.

Perhaps Sharon Bowman’s most enduring legacy is that she became an inspirational role model for hundreds of students, dozens of colleagues and friends, and especially for her family.  She is survived by her daughter, Gail; son, Scott; daughter-in-law, Suzanne; and grandsons, Bryson and Dylan.