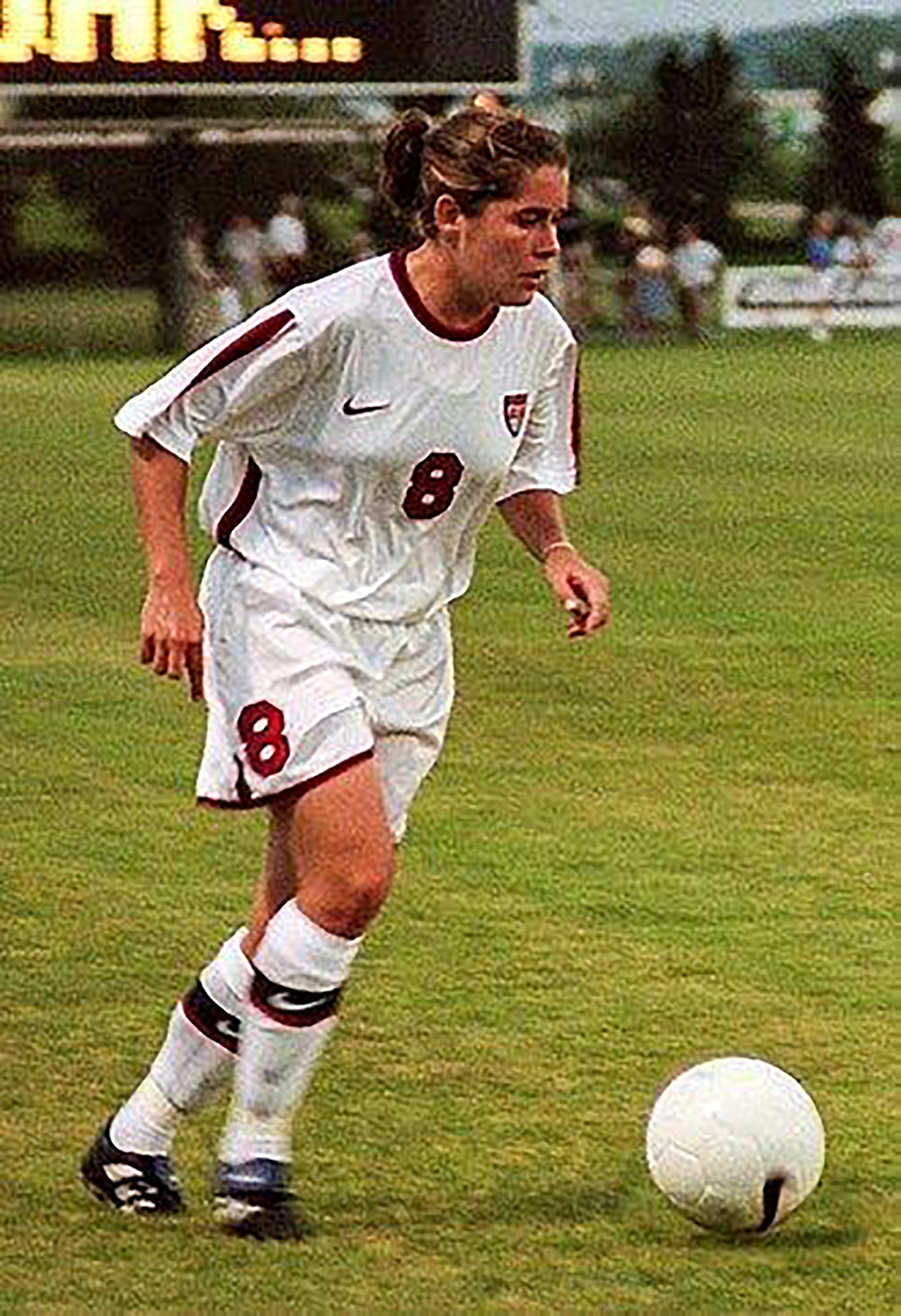 Shannon MacMillan has been selected as one of nine 2019 Escondido Forever Legends by the Escondido History Center.  A Senior from a High School in Escondido will receive the FLAG (Future Legends Award Group) Award in her name and be presented a $1,000 honorarium. This award, presented in an October 2019 ceremony, is made possible by the sponsorship of the Rincon Band of the Luiseño Indians.

MacMillan is likely the most celebrated athlete to graduate from a high school in Escondido.  After graduating from San Pasqual High School in 1992 and being named the San Diego County Female Athlete of the Year, she was a four year All American and on the Dean’s list at Portland University.  In 1995 Shannon received the MAC Award and Hermann Award (Soccer’s version of the Heisman Trophy.)

In a 12-year International Soccer career Shannon scored 60 goals in 176 games.  She retired in 2005 and still ranks 9th in career goals and assists.  A few moments stand out.  In the 1996 Olympics, MacMillan scored the extra time goal to beat Norway and scored one goal against China to have the United States Women’s Soccer team win the Gold Medal.  In 1999 she was a member of the United States World Cup Championship team, and in 2002 was named the United States Soccer Female Athlete of the Year.

The History Center recognition concluded, “Shannon MacMillan’s athletic accomplishments and leadership has opened the door for Women’s Soccer locally, in the United States and Internationally.  Shannon definitely deserves the honor of being selected as an Escondido Forever Legend.”