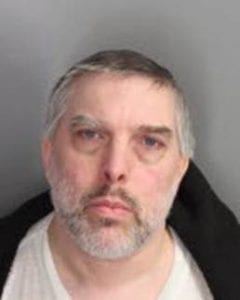 Last year Escondido detective Jeff Udvarhelji was one of several area officers honored with the Crime Stoppers “Enough is Enough” Award for his efforts in bringing to justice a sexual predator who started to stalk a teenage girls as soon as his parole ended from his previous conviction.

Last week that predator, Rennard Cawkwell, now 48, was convicted for posing as a teenage boy online while he carried on sexually explicit conversations with a 16-year-old Escondido girl.  The girl believed she was talking to a boy her own age. At the time he was wooing the girl he was a registered sex offender.

A few days after initiating contact with the girl he showed up at her home.

The jury convicted Cawkwell of posing as a boy with the intent to commit a sex crime and annoying or molesting a child. The jury deadlocked on a charge of possessing matter depicting a person under 18 in sexual conduct.

Cawkwell will be sentenced May 30 at Vista Courthouse. He faces as much as five years in prison.

Cawkwell’s previous conviction was in 2009 for preying on an 11-year old girl online.