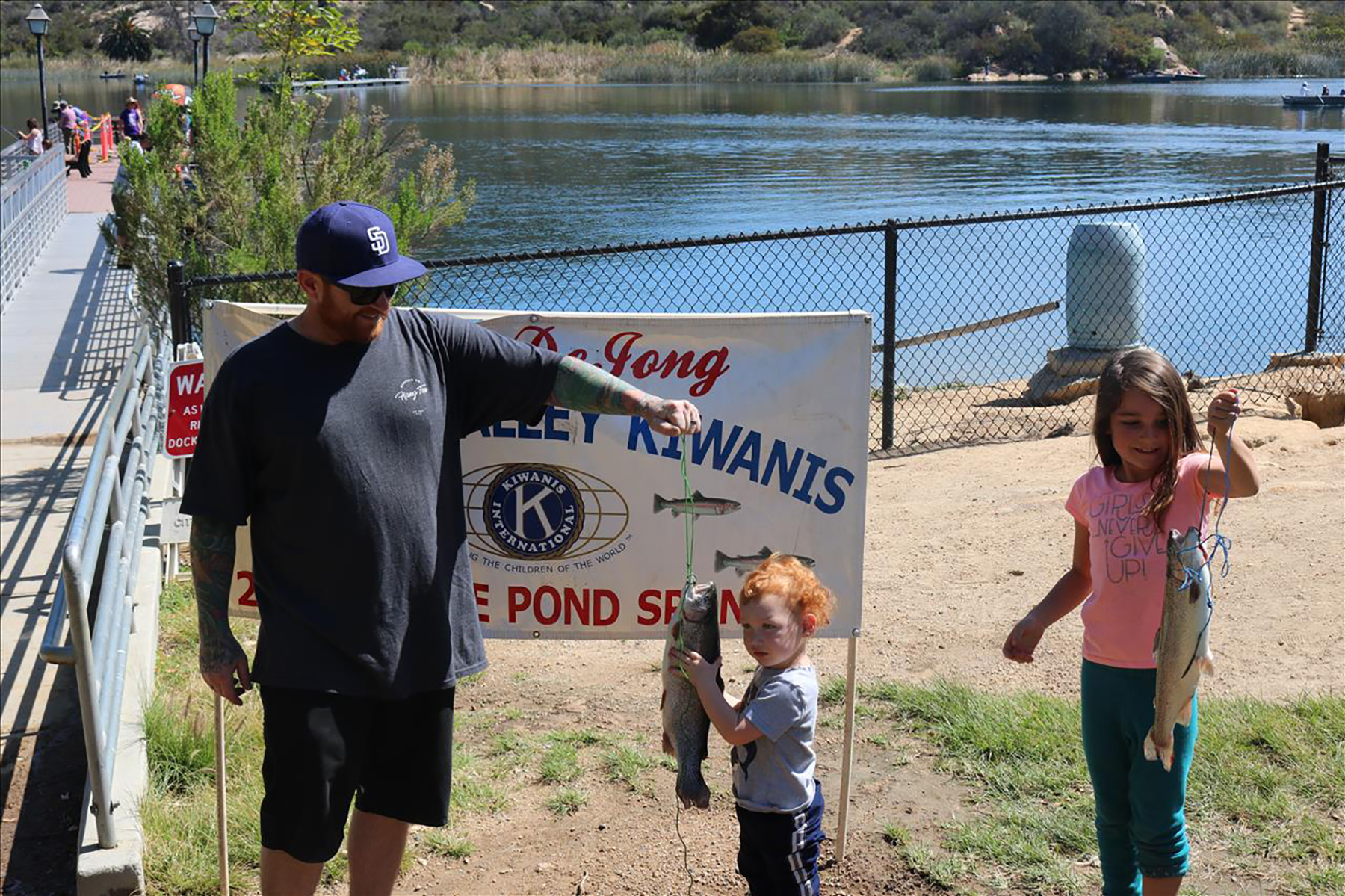 That fish is almost as big as the little guy who caught it. His sister looks to have done even better!

James J. Mac Isaac of the Kiwanis commented, “We at Kiwanis measure success in smiles received, and the families pleased.  We noted quite a few families that weekend despite the weather.” 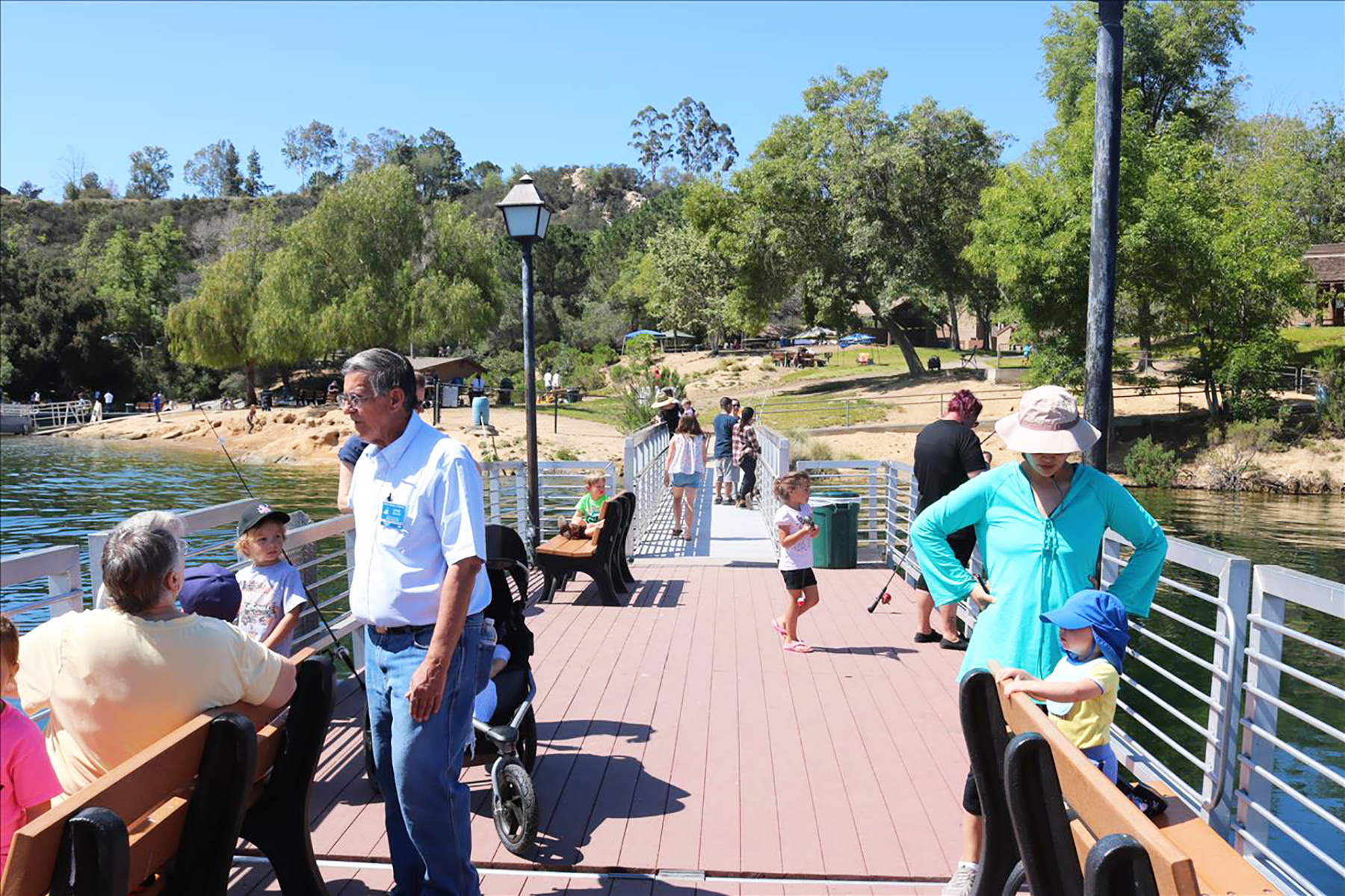 Hundreds of youngsters showed up to get instruction on how to fish from seasoned Kiwanis anglers.

He added,  “Sunday was busier than Saturday.  We only served about 100-120 children, we have had a better turnout in the past.  The fish were biting viciously and many pictures were taken.  I believe the lake had fewer anglers this year, however I was informed they passed through over 100 cars in the first half hour on Saturday morning.”

Most of those were anglers, and the families came later.  Some of the fish from the Kiddy Pond were large enough to qualify for a derby prize, but not eligible.

“Donations are accepted for the event, but not requested.  We did however collect over $30 in donations to our Foundation,” said Mac Issac. 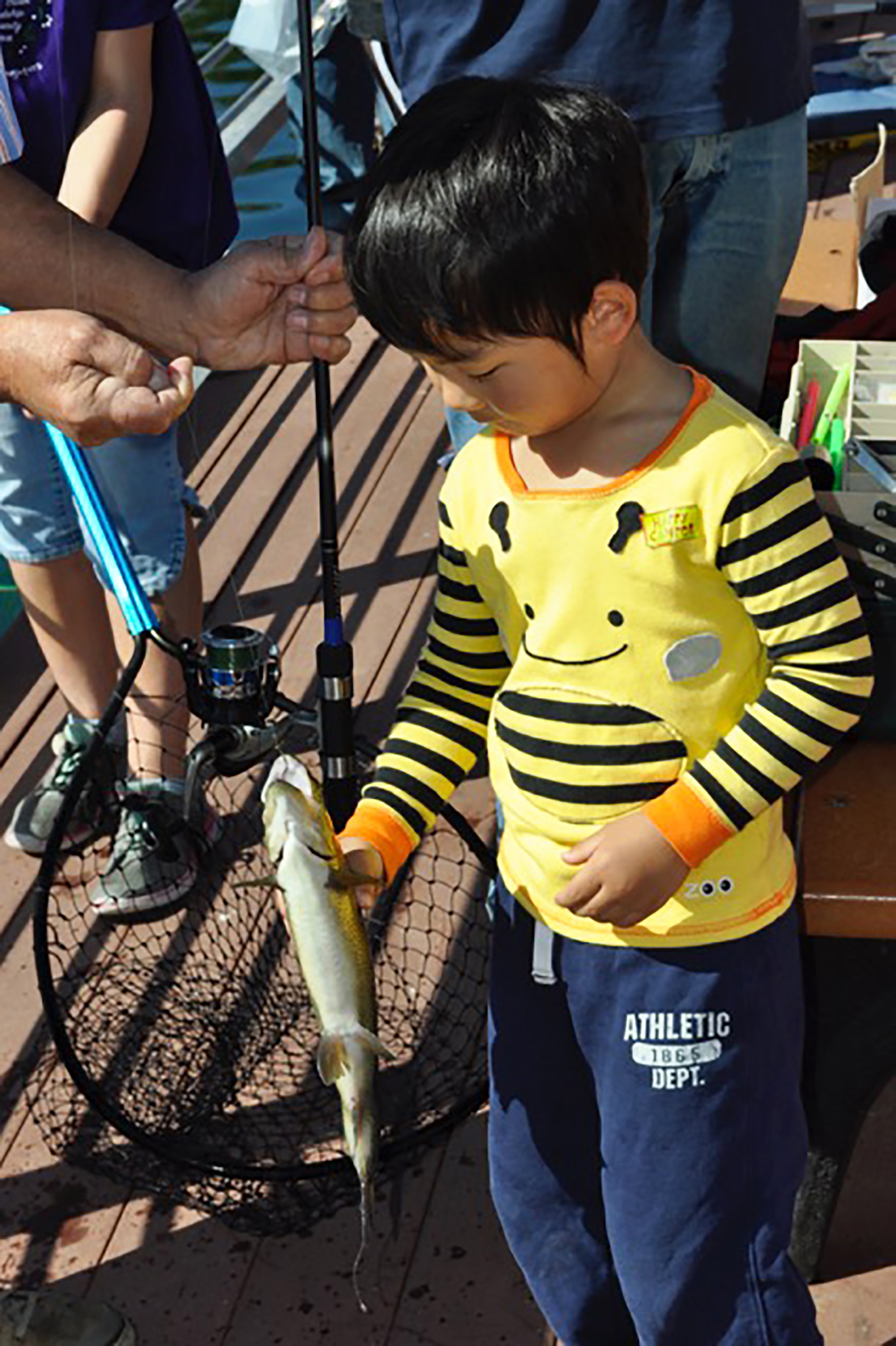 This youngster may have caught his first fist ever.