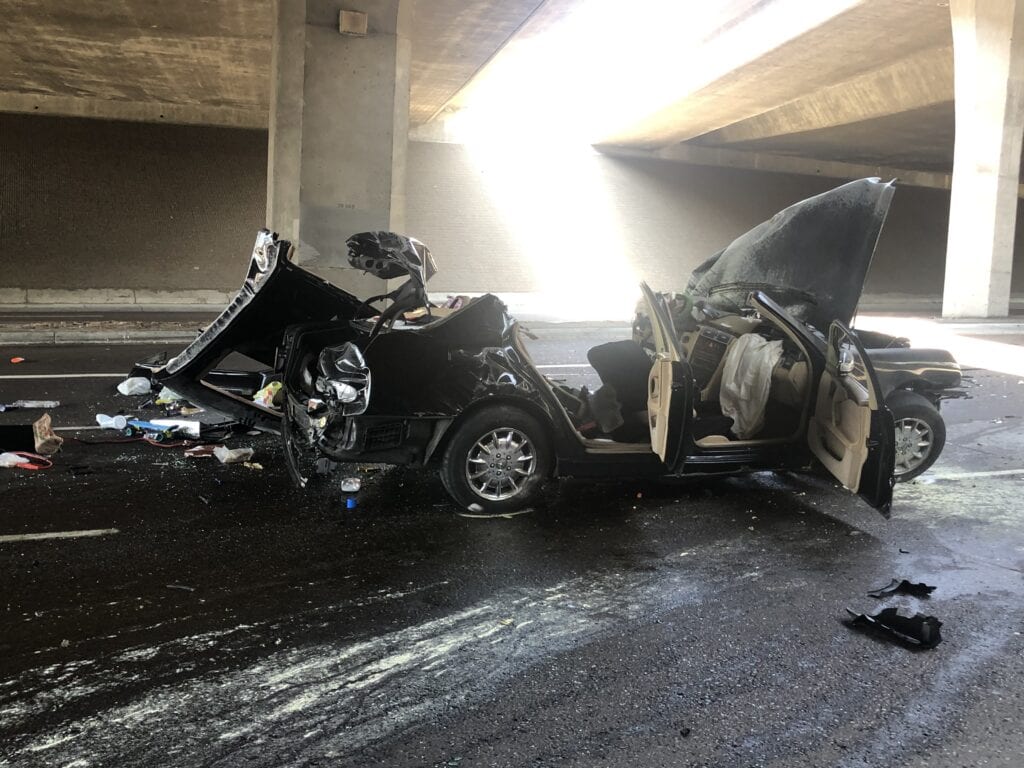 On September 4, 2020 at 10:45 AM, a serious-injury rollover collision occurred at the intersection of northbound Interstate 15 and Valley Parkway. Escondido Police Officers, who were nearby on an unrelated traffic stop, witnessed the collision and immediately responded. Officers discovered a two vehicle collision involving a black 2001 Mercedes E320 and a white 2019 Lexus IS350. Both drivers were trapped inside of their vehicles and the black Mercedes caught on fire. Officers were able to smother the fire using portable fire extinguishers until Escondido Fire arrived and extricated the drivers from the vehicles.

The initial investigation determined that the white Lexus, driven by a 52-year-old female Escondido resident, was driving east on Valley Parkway and had just entered the left turn lane, preparing to make a left turn onto northbound Interstate 15. The black Mercedes, driven by a 46-year-old male Vista resident, was driving at a high rate of speed west on Valley Parkway. As the driver approached northbound Interstate 15, traffic in all through lanes was stopped. The driver moved into the right turn lane, while still at high speed, passed the stopped traffic and attempted to continue west on Valley Parkway. The driver lost control of the Mercedes, crossed over the median, and collided broadside with the Lexus. The Mercedes then rolled several times coming to a rest on its side and trapping the driver.

Bother drivers were transported to Palomar Medical Center and were admitted with serious injuries. This collision is under investigation by Officer Stephen Braucht of the Escondido Police Department Traffic Division. Anyone who may have witnessed this collision is encouraged to contact Officer Braucht at (760) 839-4482. 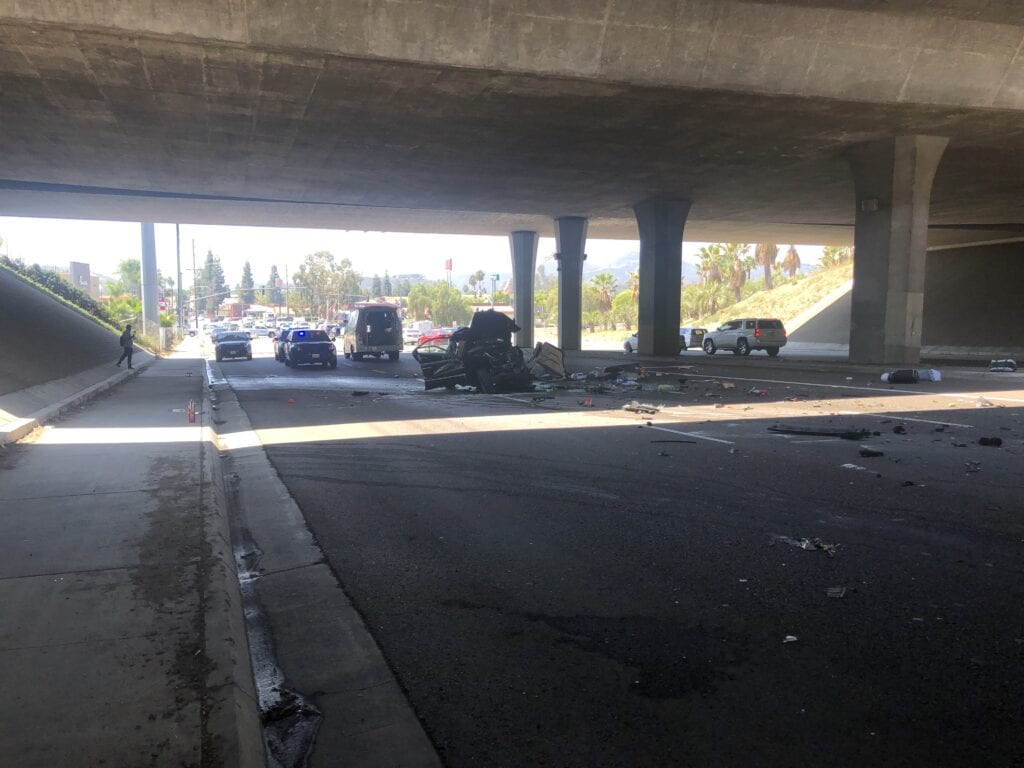 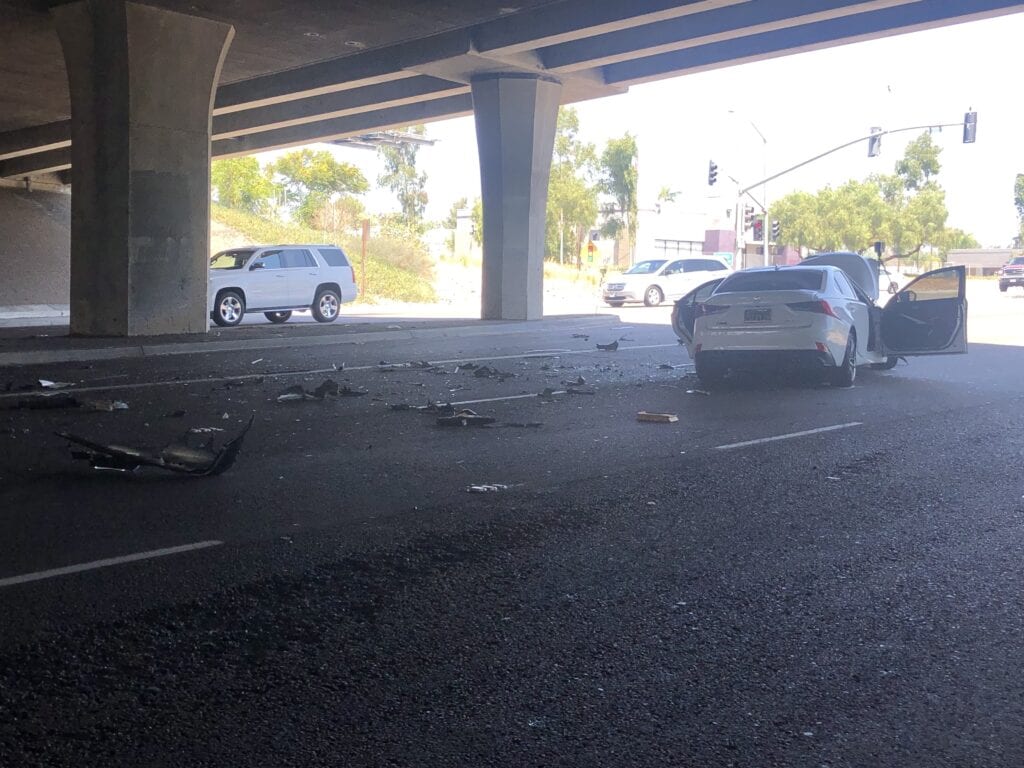 Escondido to get $1.75 M rebateState of the City: Mayor cautiously optimistic about leaving COVID behindSan Pasqual Academy to close