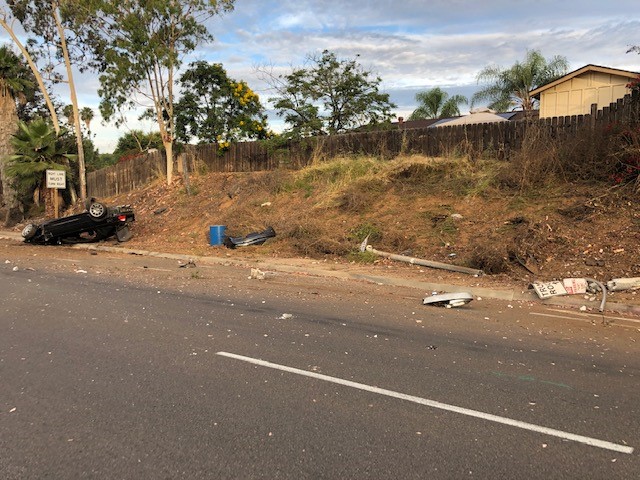 On 06/29/19 at about 01:35 AM, Escondido Police and Fire responded to a report of a single vehicle collision on Bear Valley Parkway north of Boyle. Officers arrived and found a single vehicle rollover. The solo male driver was likely not wearing his seatbelt and was ejected from the vehicle The driver was transported to PMC where he is listed in serious condition.

Based on witness statements and physical evidence at the scene, it appears a 2003 BMW M3 convertible was traveling south on Bear Valley Parkway from Glenridge Road at a high rate of speed. The driver, Emigdio Quiroz, a 20-year-old Escondido resident, lost control of the vehicle causing it to roll over and ultimately coming to rest upside down.

The driver displayed symptoms of alcohol impairment and will likely face DUI charges pending toxicology results. Quiroz suffered serious head injuries and was admitted to the hospital. The investigation is ongoing and is being conducted by Traffic Investigator Nick Kluka. Witnesses are encouraged to contact Officer Kluka at the above number.