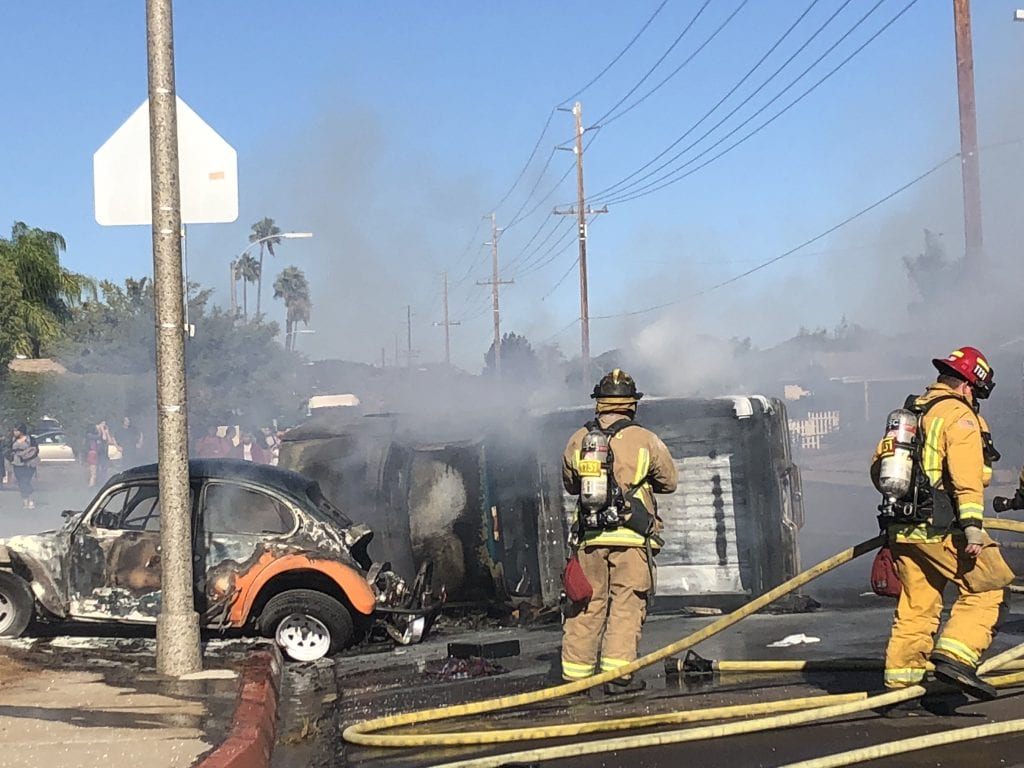 On 10/16/18 at 3:23 PM, Escondido Police and Escondido Fire responded to a vehicle collision at Harding St. and Lincoln Ave. Upon arrival, units reported one of the vehicles had rolled over and both vehicles had caught fire. The occupants were moved to safety while the Fire Department extinguished the flames. All of the involved occupants were transported to Palomar Medical Center for injuries.

One of the vehicles, a 1972 Volkswagen, was occupied by a 19-year-old male driver and a 20-year-old female passenger. The female passenger was transported to PMC with significant life-threatening injuries. She is currently being treated in the ICU.

The second vehicle, a 1996 Ford Ranger , occupied by three siblings. The driver was an 18-year-old male transporting his 17-year-old brother and 11-year-old sister.

Based on witness statements and evidence at the scene, the Ford was traveling westbound on Lincoln Ave and the Volkswagen was traveling northbound on Harding St., crossing Lincoln Ave. The Ford struck the passenger side of the Volkswagen which resulted in the Ford rolling over. The occupants of both vehicles were moved to safety just before both vehicles caught fire.
The traffic investigation is ongoing and is being conducted by Officer Tyler Songer of the Traffic Division. Witnesses are encouraged to call Officer Songer at (760) 839-4454. 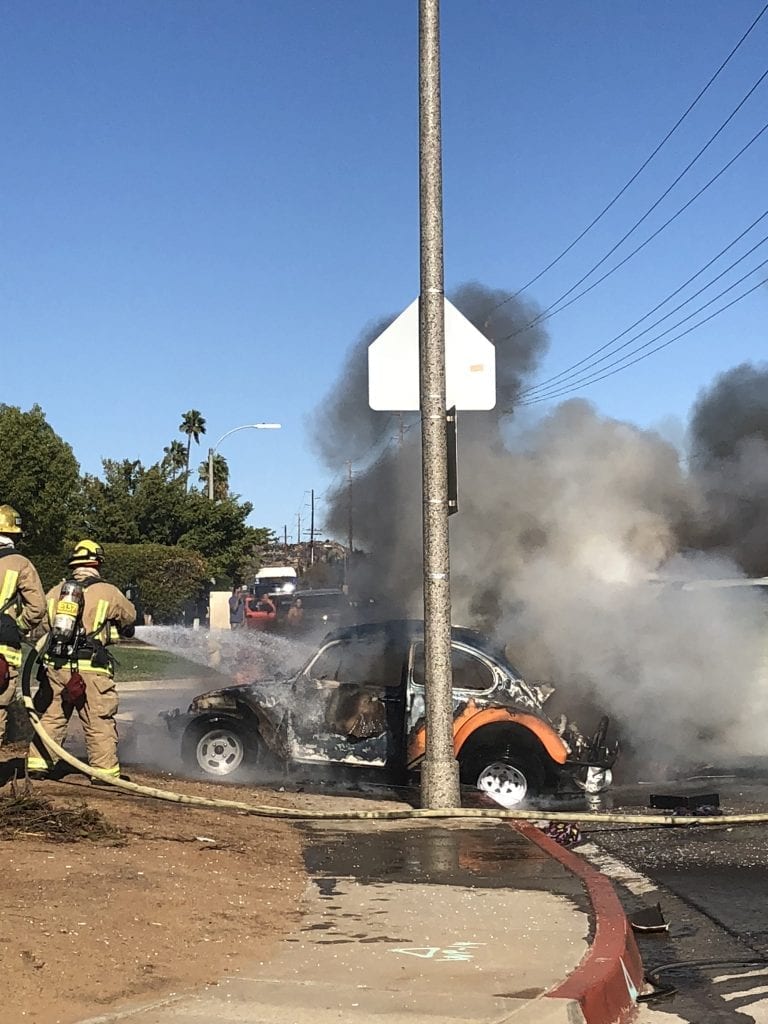