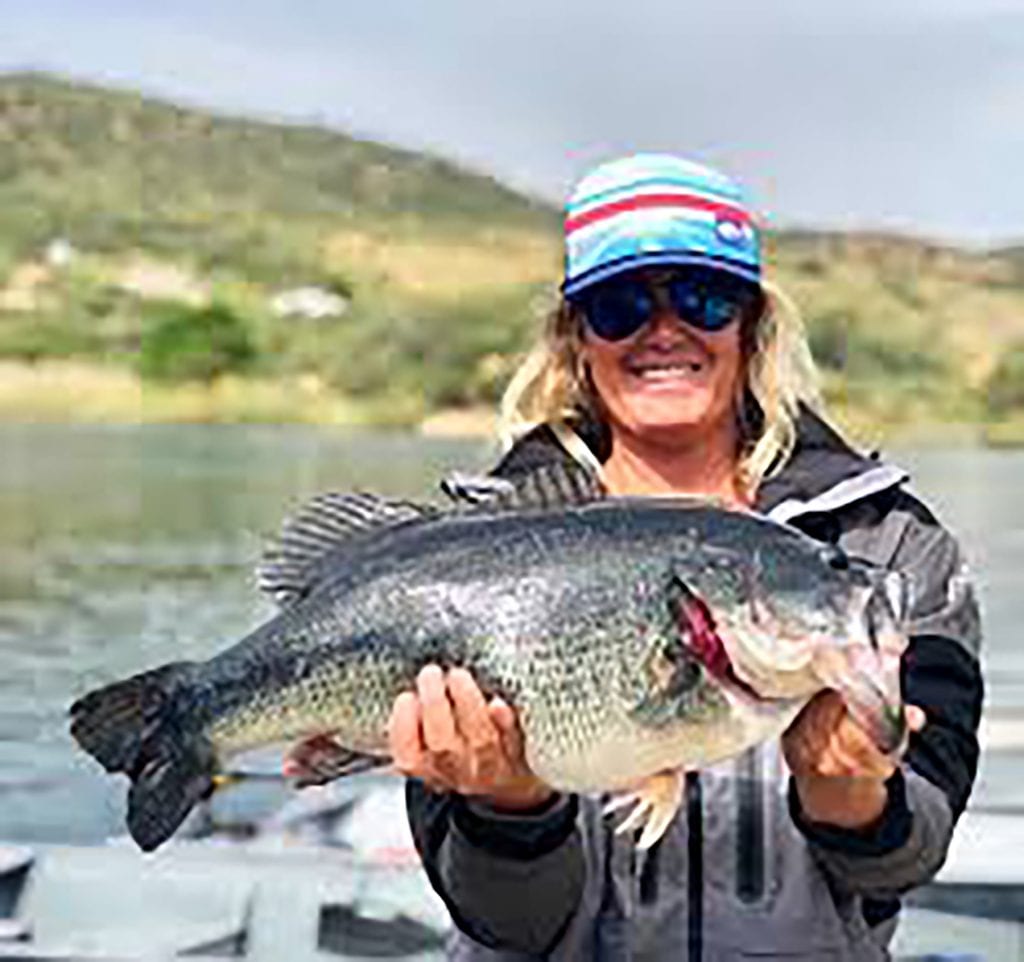 During Escondido’s annual Kiwanis Trout Derby, Temecula resident Tracy Hartman caught the large fish on a trout rig casting from shore in about 20 feet of water.

“They put the fish in a tub of water and brought it up to our weigh-in station,” said Ron Parker, one of the Senior Anglers of Escondido’s weigh masters. The club provides the official scales and weigh-ins for the lake’s derbies.

Immediately after the weigh-in, the bass was released back into the lake. The rangers started investigating the IGFA size and records, and the paperwork needed. The IGFA needed more than just photos. They needed certification, witnesses, and most of all, an accurate scale.

“We took our scale to the San Diego County Department of Weights and Measures to be certified, “ said Parker. Sure enough, lucky for Hartman, the Senior Anglers scale was certified as right on the money – totally accurate to the 100th of a pound.

“I think we’re the ones that got her the record in the books,” said Parker.