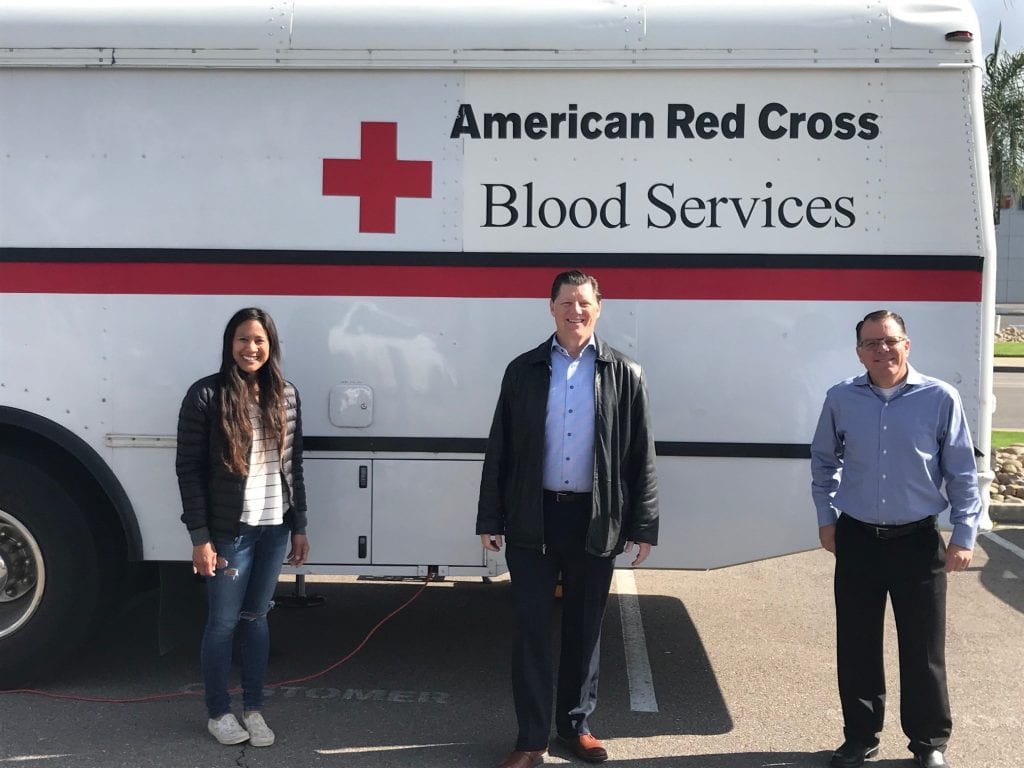 I caught up with State Senator Brian Jones of the 38th District as he was heading to the blood drive that he held Thursday at the Mossy Nissan dealership. We had a wide-ranging discussion that centered on the state government’s response to the COVID-19 outbreak.

“Philosophically, I want to keep our government’s response measured and caring about our constituents,” said Jones.

He described how the blood drive came to be. “What prompted the blood drive was that the CEO of American Red Cross sent out an email announcing that they had a lot of bloodmobiles cancel and they were concerned about supply getting low and donors not understanding that is an essential service. We had the blood drive near my office in El Cajon, and then my friend who is general manager of Mossy Nissan Escondido offered to put one together. They both filled up. People were walking up to do donations, although you can’t do it without an appointment. It’s been a pretty positive success.”

I described how some of our readers have asked what the state is doing to provide property tax relief for people whose businesses and lives are impacted by coronavirus.

Jones said, “On the property tax deal, we need to provide as much relief as possible to these small businesses and people who are not working. This is all caused by a government response to a possible emergency. When the government is causing problems for people it ought to be able to come up with solutions and relief for those same people.”

I pointed out that the Congress has gotten some criticism for helping “corporations” with the so-called “stimulus” bill and not helping regular people more.

Asked whether he is happy with the response of Governor Gavin Newsom to the outbreak, the senator answered,  “Right now, yes I am, he is kind of following the lead of the president. Gavin is doing a decent job for the state. I don’t agree with closing the parks and the beaches. I think that’s a step too far. People need to be able to get out and enjoy the outdoors with their families. The more we do that the more agitated people will be.” 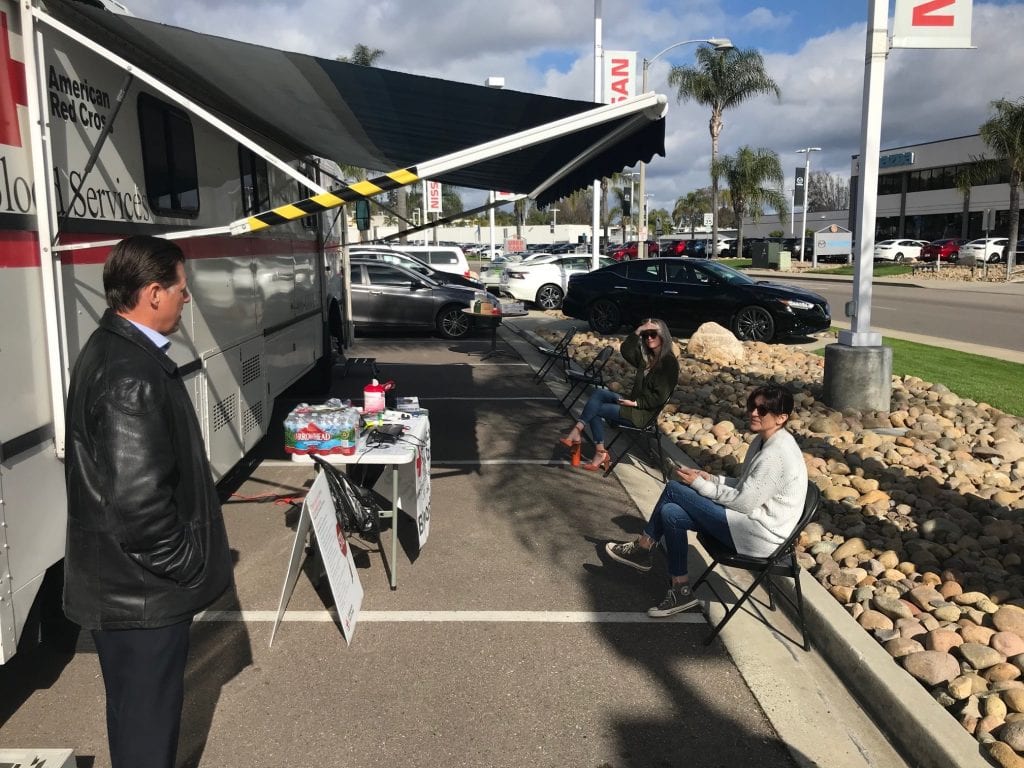 Senator Jones (left) thanking attendees who are waiting to donate.

Has he introduced any bills regarding the coronavirus this session?  “We recessed on Monday,” said Jones. “We are beyond the bill deadline and now we aren’t in session. We can introduce amendments for bills in process and that is being done in the capital. Any emergency bills would require us going back to session and meeting to vote on them.”

He added, “Before the recess we voted last Monday for three things, for two budget bills that provided the governor the authority he needed to provide some relief and in the Senate to give the Senate pro-tem some authority. We will return April 13 the day after Easter.  The recess was originally scheduled for April 3-13. We left three weeks early. It does sound counterintuitive, but the governor has broad authority. A lot of the decisions he’s able to make he doesn’t need the legislature to be part of that.”

Asked to address the implications of the government’s response for civil liberties and our citizen’s Bill of Rights guarantees, Jones replied,  “We’re in a constitutional test right now on a lot of this stuff. On guns, the governor made some statements yesterday explaining that he’s going to defer to the sheriffs on how to handle the gunshops. I appreciate the governor giving sheriffs that flexibility. I was pleased with that comment.”

He concluded,  “I’ve got a lot of concerns about the First Amendment, especially the right of assembly. As citizens and U.S. citizens, when this ends we need to look back at this reflectively. How will we handle situations in the future and how much liberty are we allowed? The constitution doesn’t get suspended during an emergency, and not only for churches. We have the right to assembly, freedom of speech and the right to move freely around in our country. We are giving them up to a government that is responding in an emergency. I agree that it’s an emergency but it might not be a crisis. I think the government is creating more of a crisis than the emergency itself.”