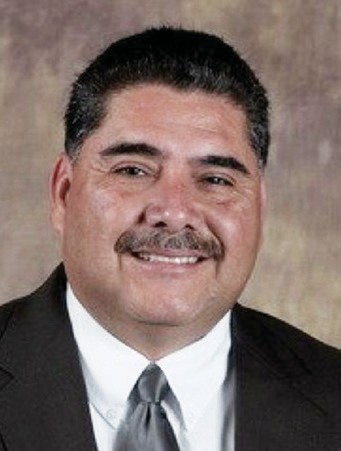 He had been charged with fraud for allegedly living in one region of the school district but running for a different re­gion four years ago. Other charges were perjury, false voter registration and filing false election documents. If convicted,

Because he pleaded guilty to voter fraud Fragozo is required by law to va­cate his seat on the school board and may not run for reelection this Novem­ber or again for three years. But that may be the extent of his punishment.

Fragozo did not comment after the plea bargain was announced and his attorney said he would reserve com­ment until after sentencing on Septem­ber 28. By the terms of his deal with the District Attorney’s office Fragozo faces three years in jail, but the judge in the case says he will consider reduc­ing the charge to a misdemeanor for voting in November 2014 while reg­istered at an address where he wasn’t living. If the charge is reduced, Frago­zo might be able to run for office again soon.

Deputy District Attorney Leon Schorr said the plea would serve the purpose of removing Fragozo from falsely representing voters in Region 1, where he doesn’t live, without ruin­ing the rest of his life.

Fragozo’s term on the school board was storm-tossed from the beginning, and he was fighting the complaint about his residency from the get-go, when he first ran for the Region 1 seat in 2012.

His fellow board members and Es­condido elementary district Superin­tendent Luis Ibarra last year obtained a temporary restraining order against him, after alleging that he was verbally abusive.

Superintendent Luis A Ibarra had said that he feared for his life after be­ing confronted by Fragozo. Fragozo has claimed that the source of the trou­ble between himself and fellow trust­ees was his championing of the rights of Hispanic students.

Fragozo was a maverick on the school board who opposed charter schools and lobbies for better educa­tion for children after a study last year found the district wanting in meeting educational goals.

While the restraining order was in effect, Fragozo was unable to attend board meetings, except via phone. Later he was allowed to return to the board, only to have the charges of vot­er fraud surface again.