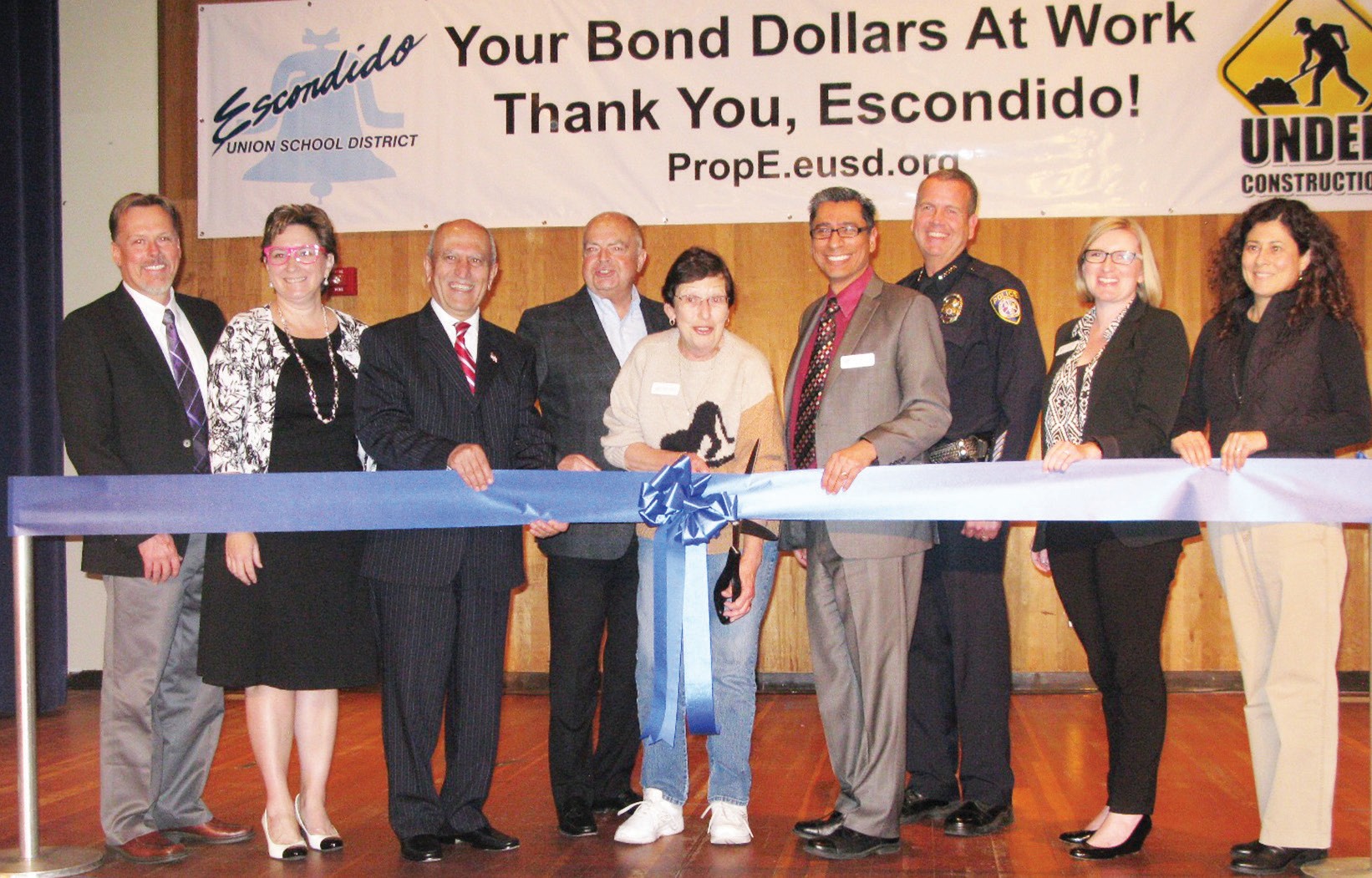 School officers and friends gathered at Hidden Valley Middle School for a ribbon cutting after completion of the schools 7- to 8-foot steel fencing at the front of the school and chain link fenc­ing around the rest.

“These schools were just wide open and the fences help give direct access to the office, where we have installed security cameras so we know who is coming in,” said Superintendent Luis Ibarra.

He told the assembled dignitaries from the city and district that “back in July, 2014 on my second day on the job I was called to the board to dis­cuss whether we should move forward with the bond election. I said, without a doubt we need to move forward.”

He added, “We have not compro­mised quality and I’m happy to report that these projects have come in under budget. And I haven’t heard anyone complain, 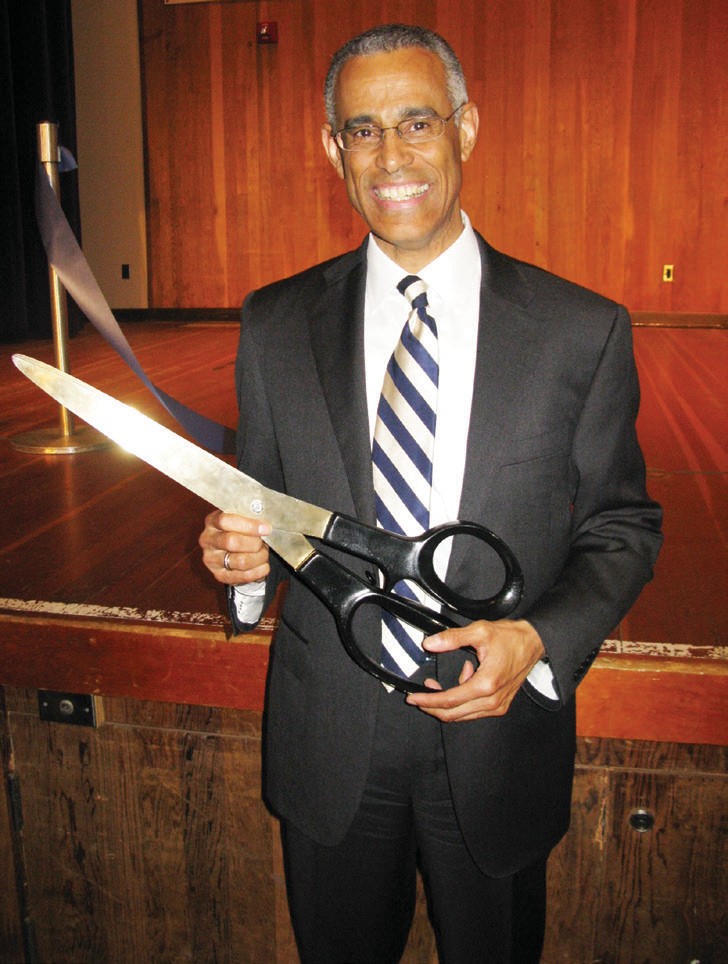 at least not in front of me.”

The board agreed and voters passed Proposition E in November of that year. The bond brought in $182.1 mil­lion for improvements in three areas, facilities, school safety and informa­tion technology for the schools.

The fencing and security project is the first in a series of 10 projects cost­ing $62 million, officials said.

The fences will improve security in this era of school shootings and terror­ism, they added.

“Student safety and security is the first priority of our programs funded through Proposition E. We are excited to share this completed Proposition E fencing project with our community,” said Russell Decker, EUSD Director of Facilities.

The district has completed fencing for Oak Hill Elementary, Lincoln El­ementary, Hidden Valley Middle and fencing will be installed this summer at LR Green Elementary.

Representatives from the Proposi­tion E Independent Citizens Oversight Committee attended the event along with EUSD students, parents, and staff.