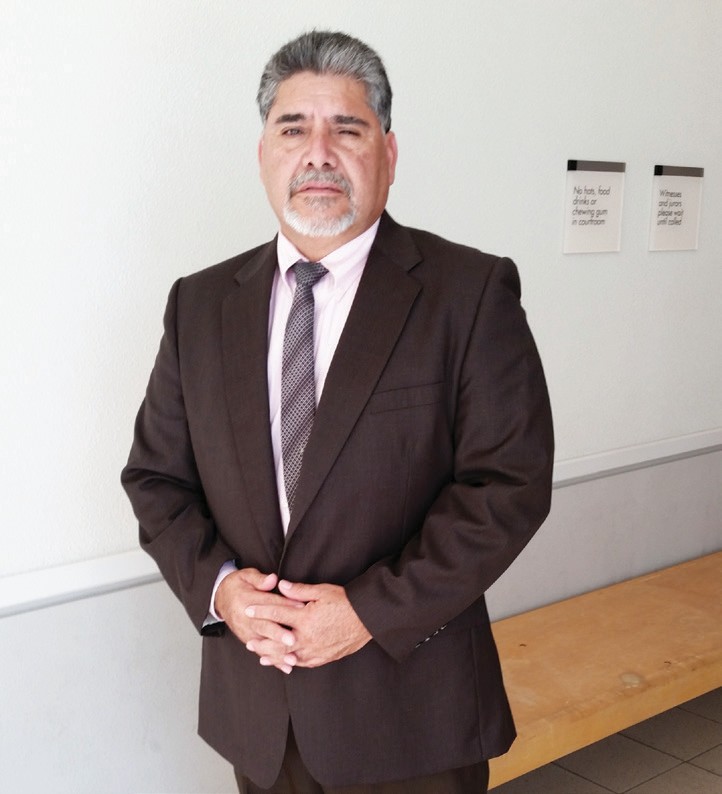 Jose Fragozo won in court in the last week of March when Judge Richard S. Whitney removed a Temporary Re­straining Order imposed earlier by the court. The EUSD school board member will continue his fight “for our kids” in his own words.

Jose Fragozo, the embattled board member of the Escondido Union School District was freed from a Tem­porary Restraining Order on March 25 by Judge Richard Whitney in Vista Su­perior Court.

Fragozo, who has had a running battle with other board members, is still facing charges of election fraud, involving whether he resides in the district he represents.

Carlsbad-based employment attor­ney Laura Farris represented Fragozo in fighting the TRO that kept him from his seat on the board since early De­cember. Fragozo was not allowed on school property and could only par­ticipate in the democratic process by phone to the board meetings.

“We won and the temporary restrain­ing order was dissolved and there are no further restraining order issues,” Farris said. Several witnesses, includ­ing Supt. Luis Rivas Ibarra and two assistant superintendents, alleged that Fragozo threatened them and that they feared for their lives.

“They had a lot of conflicting testi­mony,” Farris said. “They made a lot of allegations based on assumptions and not actual events and so in the big picture they had no evidence of any threat of harm or violence to justify a restraining order.”

Farris added: “They just didn’t have any evidence. It was just their testimo­ny and it go almost to the point of being absurd, some of it.”

Supt. Ibarra did not want to comment on the case, saying, “It’s time to just move on.”

Fragozo was ready to attend his first board meeting in 3 1/2 months on April 14 and he has some bones to pick with the board.

He is seeking the trial records that he says the district has purchased. He is trying to figure out how he will pay his legal bills, having been denied a court- appointed lawyer in December.

Asked about the “conflicting testi­mony” that Farris brought up, Fragozo said:

Judge Whitney read an hour-long de­cision in court. It noted that Fragozo was the dissenting voice on the board and included remarks that pointed to the West Ed Report issued last year that found the district lacking in proper training of teachers and lack of supervi­sion from the district office, according to Fragozo.

Whitney also noted Fragozo’s argu­ment about the district being 72 percent Latino (his figure) of whom 50 percent are English-language learners and his advocacy of better training for teachers to deal with that reality.

“The judge had to see that we cannot silence a board member who has been solely advocating for the students,” Fragozo said, adding that Whitney “couldn’t punish this guy who has been advocating for our students. He went on the record and he said he knows that the district has been underperforming for years. And … that Fragozo is “the only board member that is making the board accountable.”

Fragozo said that two of the five board members represent charter schools and they were set to present an agenda to increase enrollment in those schools.

“Regular schools don’t have board members who can get what they want,” he said.

“They take English (-speakers) only in the charter schools. So we’re making a mistake in not challenging them,” he said.

The trial proved that “it wasn’t some­thing that Mr. Fragozo was making up. It really happened,” he said. “The (West Ed) report said there was a lack of ex­perience from the top. But now that they got this report the (board mem­bers) have decided that they’re not hir­ing any expertise. They’re not hiring the right teachers. They’re not sending those teachers to training the way they said they were going to.”

Fragozo worked for San Diego Uni­fied in electronic and electric mainte­nance and currently serves in that ca­pacity on the San Diego County Water Authority. His wife is an educator.

He said he is not a board member for his children’s’ sake. One of his sons is a San Diego County Sheriff’s deputy. His other son will graduate from university in June.